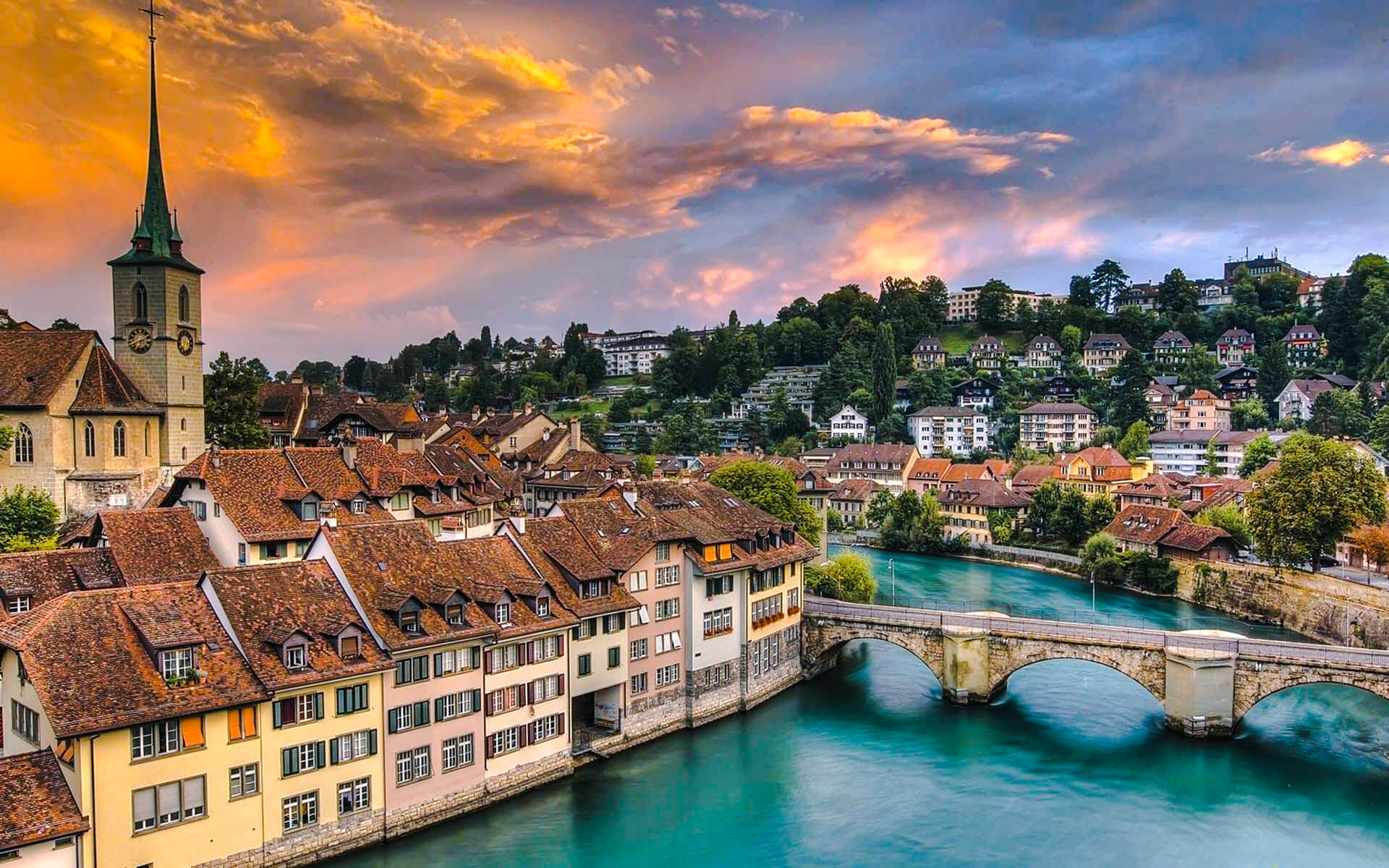 Bern’s medieval old town was designated a UNESCO World Heritage Site in 1983. Bern is one of the top 10 cities in the world for quality of life.

Berne, part of the Holy Roman Empire, was established in 1191 by Duke Berthold V von Zähringen.

Although Berne (German: Bern) is the headquarters of most of the Swiss confederation’s institutions, it is a small to medium-sized city with a population of around 130,000 in the city itself and over 350,000 in the metropolitan area. It is located on a peninsula created by the Aare River’s meandering twists. Berne’s old town has been designated a UNESCO World Heritage Site due to its extraordinary architectural coherence. It has four kilometres of arcaded walkways along streets with fountains and clock towers.

Bern has 114 Swiss historic sites of national importance. It encompasses the whole Old Town, which is a UNESCO World Heritage Site, as well as several sites inside and surrounding it. The Cathedral, which was begun in 1421 and is the tallest cathedral in Switzerland, the Zytglogge and Käfigturm towers, which mark two successive expansions of the Old Town, and the Holy Ghost Church, which is one of the largest Swiss Reformed churches in Switzerland, are among the most notable in the Old Town. The list includes eleven 16th century fountains, the majority of which are credited to Hans Gieng.

Bern is located on the Swiss plateau in the Canton of Bern, about 20 kilometers (12 miles) north of the Bernese Alps. During the most recent Ice Age, glaciers carved out the region surrounding Bern. Gurten (864 m (2,835 ft) and Bantiger (947 m) are the two mountains nearest to Bern (3,107 ft).

The city was founded on a steep peninsula encircled by the River Aare, but by the nineteenth century, it had outgrown its natural limitations. A number of bridges have been constructed in order for the city to develop beyond the Aare.

Bern is constructed on sloping terrain. The elevation difference between the inner city districts on the Aare (Matte, Marzili) and the higher districts (Kirchenfeld, Länggasse) is several meters.

Bern had a 3.3 percent unemployment rate in 2010. In 2008, there were 259 individuals working in the main economic sector, and around 59 enterprises were active in this area. In the secondary industry, 16,413 people were employed, and 950 enterprises operated. The tertiary industry employed 135,973 people and supported 7,654 firms.