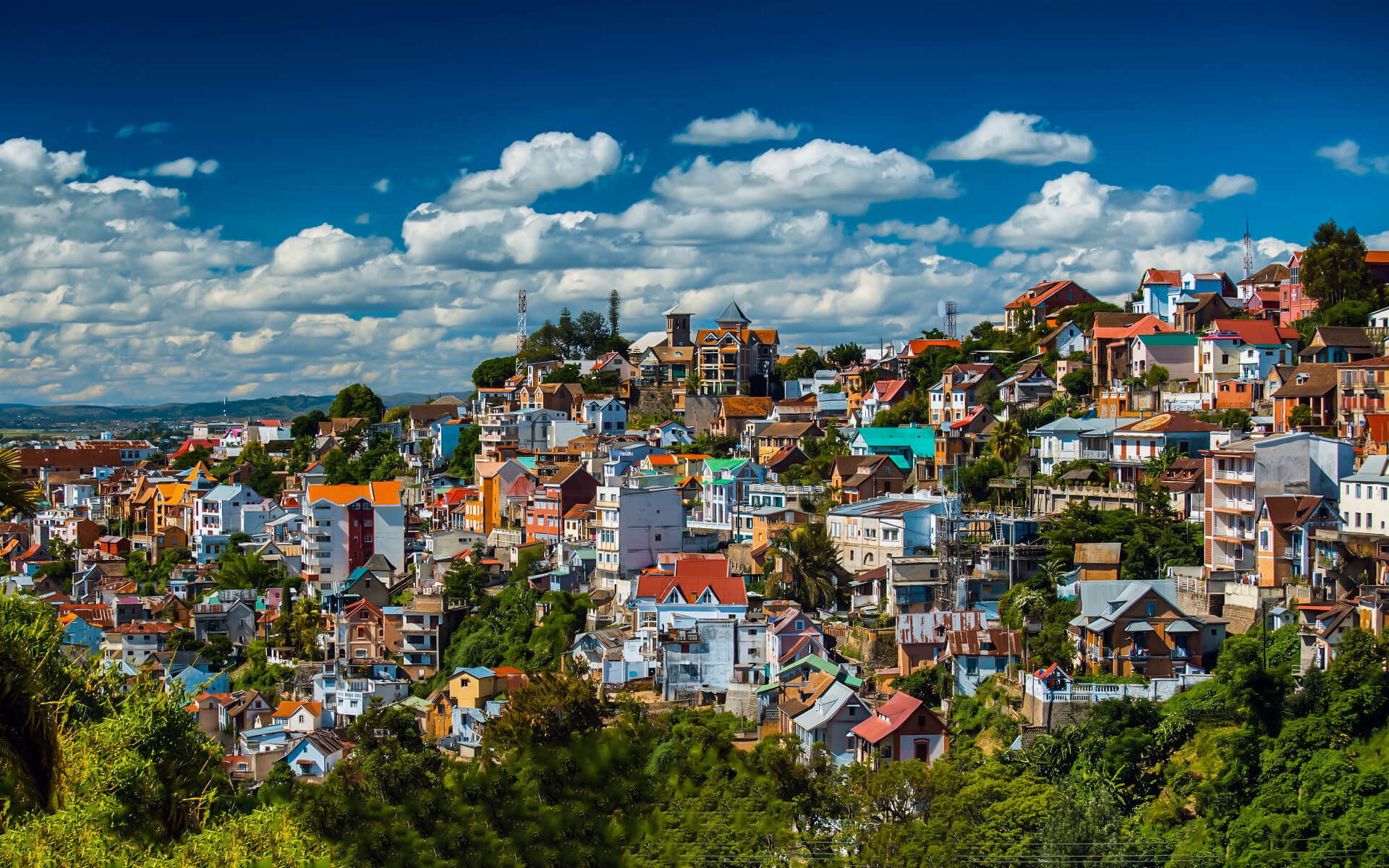 The city, which is 1,280 meters (4,199 feet) above sea level and has been the island’s primary population center since at least the 18th century, is situated in the heart of the island.

Antananarivo was formerly the capital of the Merina people, who still make up the bulk of Antananarivo’s estimated 1,300,000 residents. The city is well-represented by citizens of all 18 Malagasy ethnic groups, as well as residents of Chinese, Indian, European, and other backgrounds.

Antananarivo is Madagascar’s political, economic, educational, and cultural hub. The Presidency, National Assembly, Senate, and Supreme Court, as well as 21 diplomatic posts and the headquarters of several national and international corporations and non-governmental organizations, are all situated here. In addition, Antananarivo has the most colleges, nightclubs, cultural venues, medical facilities, and other social service institutions of any city on the island.

Antananarivo’s physical and intangible cultural legacy is vast and important to regional and national communities. Numerous monuments, historic structures, significant places, and traditions relating to the culture and history of the inhabitants of the central highlands can be found throughout the city.

Antananarivo has the country’s biggest and most dynamic arts scene. The various concerts, cabarets, dance clubs, and other musical venues across Antananarivo represent Madagascar’s rich music. Outdoor performances are staged often throughout the dry season at places such as the Antsahamanitra amphitheater and Mahamasina Stadium.

The Avenue de L’Independence is the focal point of the city center. Both sides of the road are lined with restaurants and businesses, and it’s the place to go if you want to visit a restaurant or quality café, including a fine pizzeria and a take-away pizza restaurant. In addition, there are internet cafés and photo-printing services. A few blocks away, boutiques for the Maki and Baobab apparel brands may be found. The big central market, which includes a covered portion offering reasonably priced bags, jewelry, and apparel, is the area’s major draw (remember to haggle). A profusion of fruit, vegetable, and spice booths may be found outside.

There is a separate tourist market outside the center with roughly 30 vendors offering souvenirs and local crafts. Definitely worth a visit; owing to the drop in visitors after the 2009 revolution, the city will most likely be deserted, and deals will be hard to come by.

There are several enormous western-style supermarkets, like the ‘Jumboscore’ brand, to which any cab driver may transport you. However, since the majority of the product is imported from overseas, there is a large markup (although most goods are still below European prices). Purchasing fresh commodities such as fruit and vegetables from the city’s many market booths might result in big discounts.

The city is situated in the country’s center, on the north-south axis, and east of the country’s center, on the east-west axis. It lies 160 kilometers (99 miles) east of the east coast and 330 kilometers (210 miles) west of the west coast. The city sits on the peak and slopes of a long, narrow rocky ridge that stretches north and south for approximately 4 kilometers (2 miles) and rises to roughly 200 meters (660 feet) over the vast rice fields to the west.