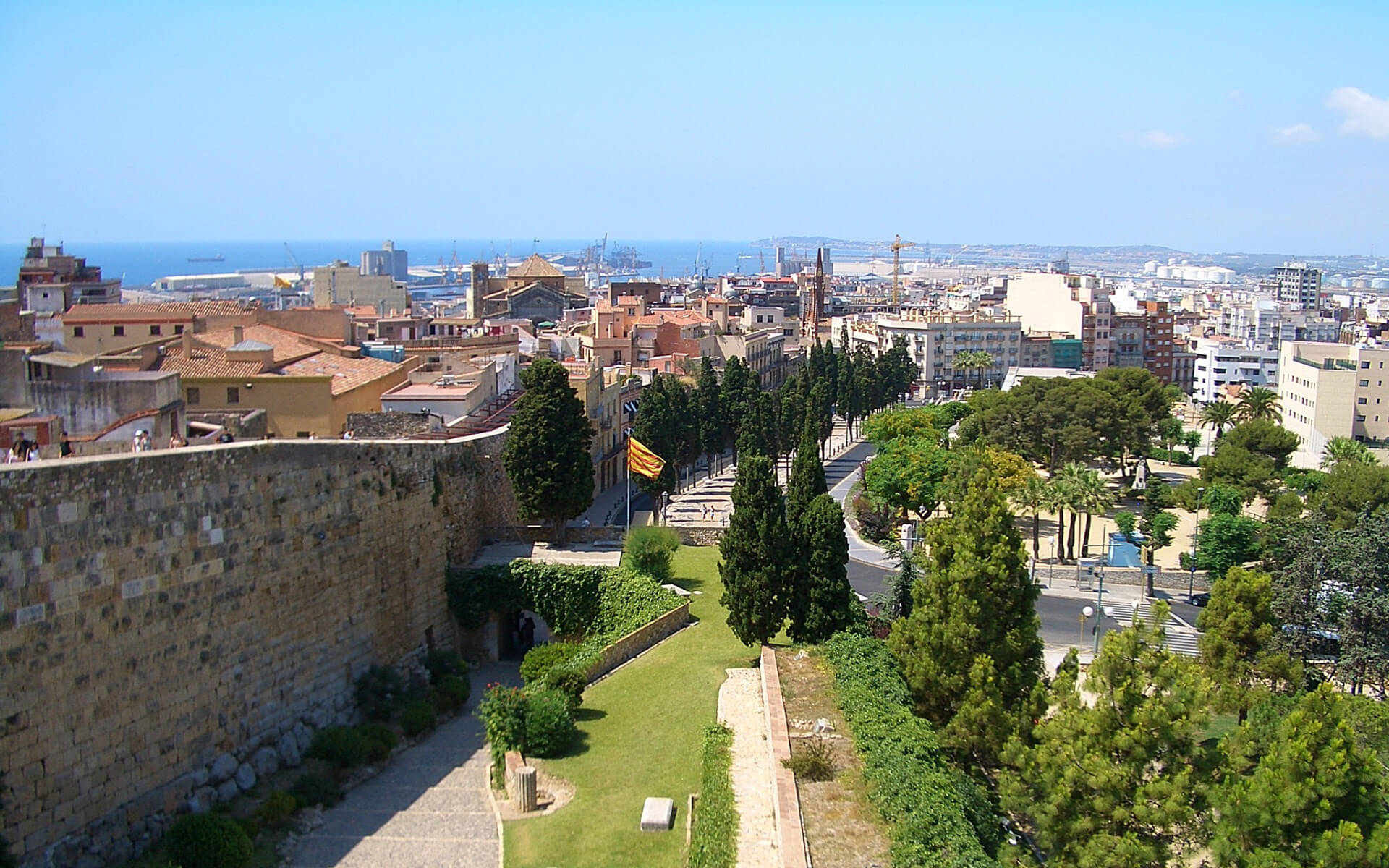 Tarragona is the first large seaside town south of Barcelona. The town also offers a number of historical sites including churches from several periods and a well-preserved Roman Colosseum. The town itself has the usual Spanish assortment of plazas sprinkled with cafés and tapas bars. Tarragona is a good choice if you only have a day or two to get out of Barcelona, otherwise the beaches further south or the remoter seaside villages to the north of Barcelona offer a more unique experience.

Part of the bases of massive Cyclopean walls at the Cuartel de Pilatos may predate the Romans. The above-mentioned structure, a 19th-century jail, is supposed to have been Augustus’ palace. After the collapse of the Western Roman Empire, the second-century Tarragona Amphitheater on the beach was widely utilized as a quarry, and just a few remnants of it exist today. A circus around 450 metres (1,480 ft) long was built over in the location now known as Plaça de la Font, however sections of it may still be seen. Throughout the village, Latin, and maybe Phoenician, inscriptions on the stones of the homes indicate the material used to construct the structures.

However, two old structures located a short distance from the town have survived much better. The first is the Les Ferreres Aqueduct, which crosses a valley around 4 kilometers (2 miles) north of the city. It is 217 m (712 ft) long and the tallest arches, which are divided into two levels, are 26 m (85 ft) high. There is a monument around 6 kilometers (4 miles) east of the city known as the “Tower of the Scipios,” although there is no evidence that they were buried there.

Tarragona’s climate may be classified as a Mediterranean climate (Köppen Csa) bordering on a humid subtropical climate (Cfa) with steppic (BS) effects, since August receives more rainfall than winter months, which get less than 30 mm (1.2 in). Winters are somewhat chilly, while summers are hot and humid, with fall and spring being the wettest seasons.