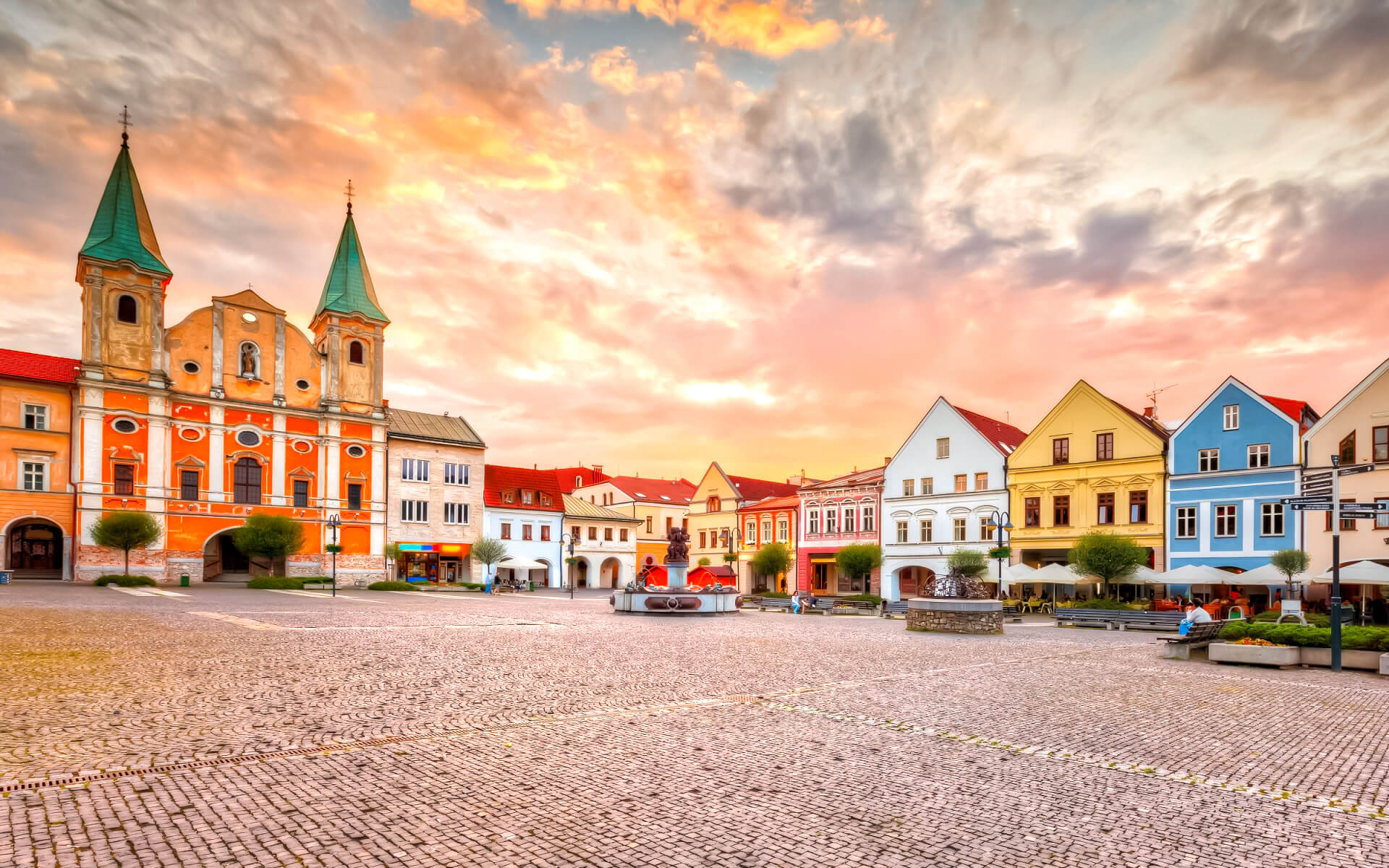 Žilina is a town in Central Slovakia with a population of over 80,000 people, and it serves as the administrative center for the Žilina administrative area.

Kia Motors Company has made a significant investment in Zilina. Kia expects to produce 300,000 units per year by mid-2007! A huge vehicle plant is being constructed nearby, and many Kia personnel from Korea have relocated to Zilina. As a result, specialist Korean cuisine sections may be found in certain major supermarkets and Korean restaurants.

Zilina is a vital transportation hub that connects the south (Bratislava, Vienna) with the north (Kraków, Warsaw) and the east (Kosice, Ukraine) with the west (Ostrava, Prague).

The city’s historical core, which was rebuilt in the early 1990s, is now protected as a city monument reserve (Slovak: Mestská pamiatková rezervácia). It is focused on the squares Mariánske námestie and Andrej Hlinka. The Mariánske námestie square features 106 arcade corridors and 44 burgher homes that run the whole length of the square. The Church of St. Paul the Apostle, the historic city council building, and the baroque statue of the Virgin Mary dominate the area. Nearby lies the Church of the Holy Trinity, a sacral structure erected circa 1400 that has served as the cathedral of the Diocese of Žilina since February 2008.

The Church of Saint Stephen the King (Slovak: Kostol Sv. Štefana krála) is the town of Zilina’s oldest architectural remnant, situated about 1 kilometer (0.6 miles) southwest of the city. According to scholars, it is one of the earliest Romanesque churches in Slovakia, dating back to the years 1200-1250. According to mythology, it was built by Hungarian King István I personally. The church’s interior decoration is valuable. The wall paintings date from about 1260 and were unearthed and afterwards restored by the Žilina fine artist Mojmr Vlkoláek in 1950. It is becoming a popular location for wedding ceremonies.

The city serves as a gateway to several sites in western and eastern Slovakia, including hiking paths in the Lesser and Greater Fatra mountains. Other interesting places to visit are Bojnice Castle, Strečno, the Orava region, and the villages of Čičmany and Vlkolnec.

Žilina has a continental climate with four distinct seasons and is located in the north temperate zone. It is distinguished by a considerable contrast between scorching summers and cold, icy winters. In July, the average temperature is 18 °C (64 °F), whereas in January, it is 4 °C (25 °F). The annual rainfall averages 600–700 mm (23.6–27.6 in); the most of the rain falls in June and the first part of July. Snow cover lasts between 60 and 80 days each year.

Žilina is located at an elevation of 342 meters (1,122 feet) above sea level and has an area of 80.03 square kilometers (30.9 sq mi). In the Žilina Basin, it is situated in the Upper Váh area (Slovak: Horné Považie) at the junction of three rivers: the Váh, which flows from the east into the south-west, the Kysuca, which flows from the north, and the Rajčanka, which flows from the south. The following mountain ranges surround the city: Malá Fatra, Súľovské, Javornky, and Kysucká vrchovina. The Strážov Mountains Protected Landscape Area, the Kysuce Protected Landscape Area, and the Malá Fatra National Park are also adjacent protected areas. On the Váh river, there are two hydroelectric dams: the Žilina dam in the east and the Hričov dam in the west.

Žilina is the key industrial centre in the upper Váh river basin area, with a fast-growing economy as the commercial center of north-west Slovakia, with substantial retail and construction sectors.

Kia Motors, a Korean automaker, is by far the largest and most significant employer. By 2009, the facility was producing 300,000 automobiles per year and employed up to 3,000 people. Kia Motors has made a direct investment of more than 1.5 billion USD in the Žilina automobile facility. In 2009, the Žilina automobile facility manufactured the Kia cee’d, Kia Sportage, and Hyundai ix35 vehicle types. With a projected investment of $200 million USD, Kia Motors is expanding its capacity to be ready to make engines for a sister business, Hyundai, based near Ostrava in the Czech Republic.