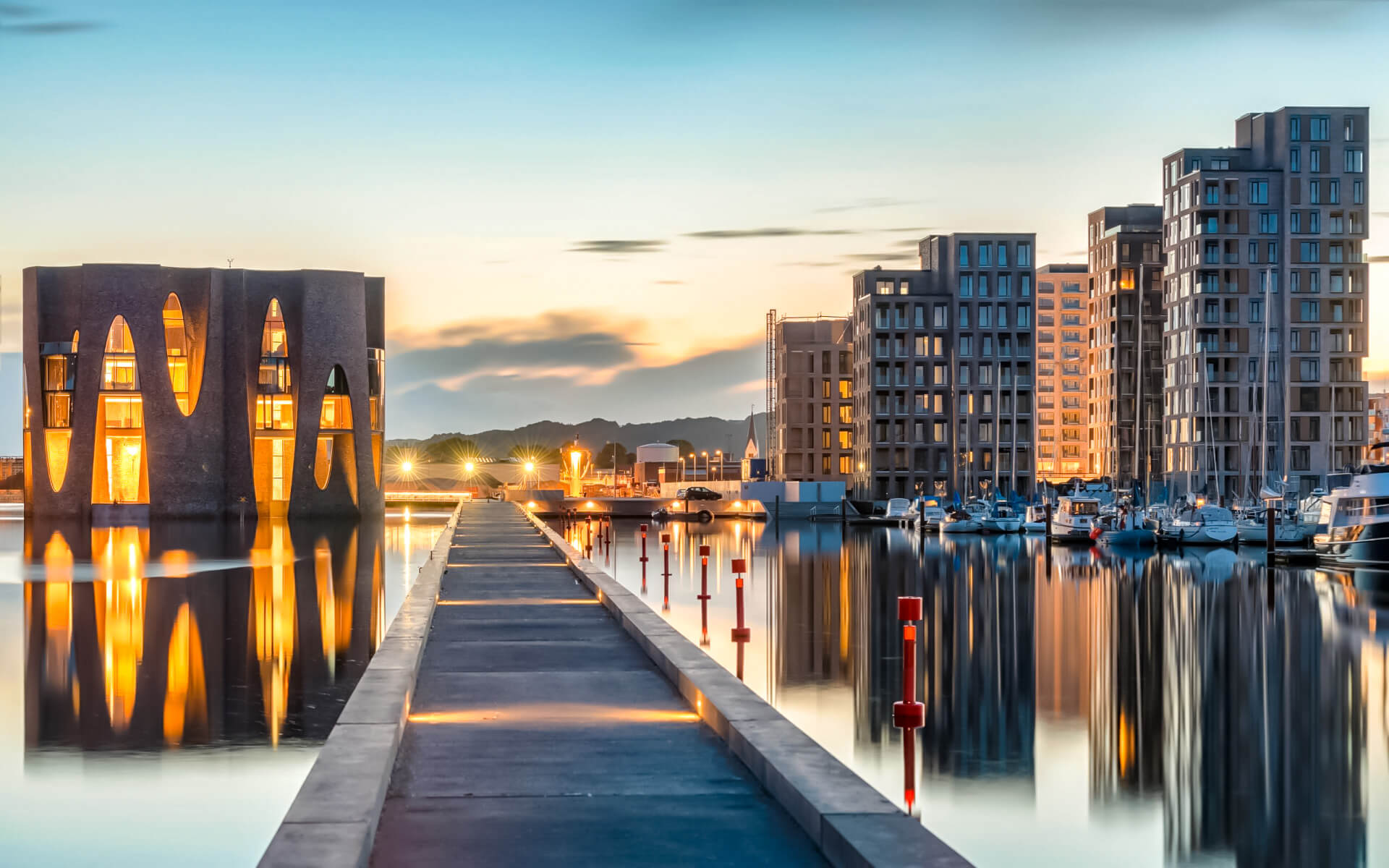 Vejle is a town in Denmark located in the southeast of the Jutland Peninsula at the head of Vejle Fjord, where the Vejle and Grejs rivers and valleys meet. It is the location of the Vejle Municipality (kommune) and the Region of Southern Denmark councils. The city itself has a population of 54,862 people (as of 1 January 2016), making it Denmark’s ninth biggest city. The municipality of Vejle has a population of 111,743 people (as of 2016) The city is part of the Triangle Region, which also contains the cities of Kolding and Fredericia.

Downtown Vejle was constructed on a glacial till island in the Vejle River that remained from a hill produced during the previous ice period.

Vejle is recognized for the wooded hills that rise to the north and south of the town and fjord, despite the fact that the greatest natural height in Denmark is just approximately 170 m (558 feet) above sea level.

The two valleys that confluence in Vejle are both unique in Denmark: the Vejle River Valley (Vejle dal) is Denmark’s longest tunnel valley, and the Grejs Valley (Grejsdalen) is Denmark’s greatest ravine.

Both drain into Vejle Fjord, which links Vejle to the Baltic Sea through the Little Belt strait and the Atlantic Ocean via the Kattegat and Skagerrak straits.

Vejle is the cultural and economic center of Vejle Municipality, and it is wealthy in industry, business, and the service sector as part of the unofficial Triangle Area (Trekantomrde). Historically, industry has been critical to the city’s growth, but now, a greater emphasis is put on business and service, as well as high-tech enterprises.