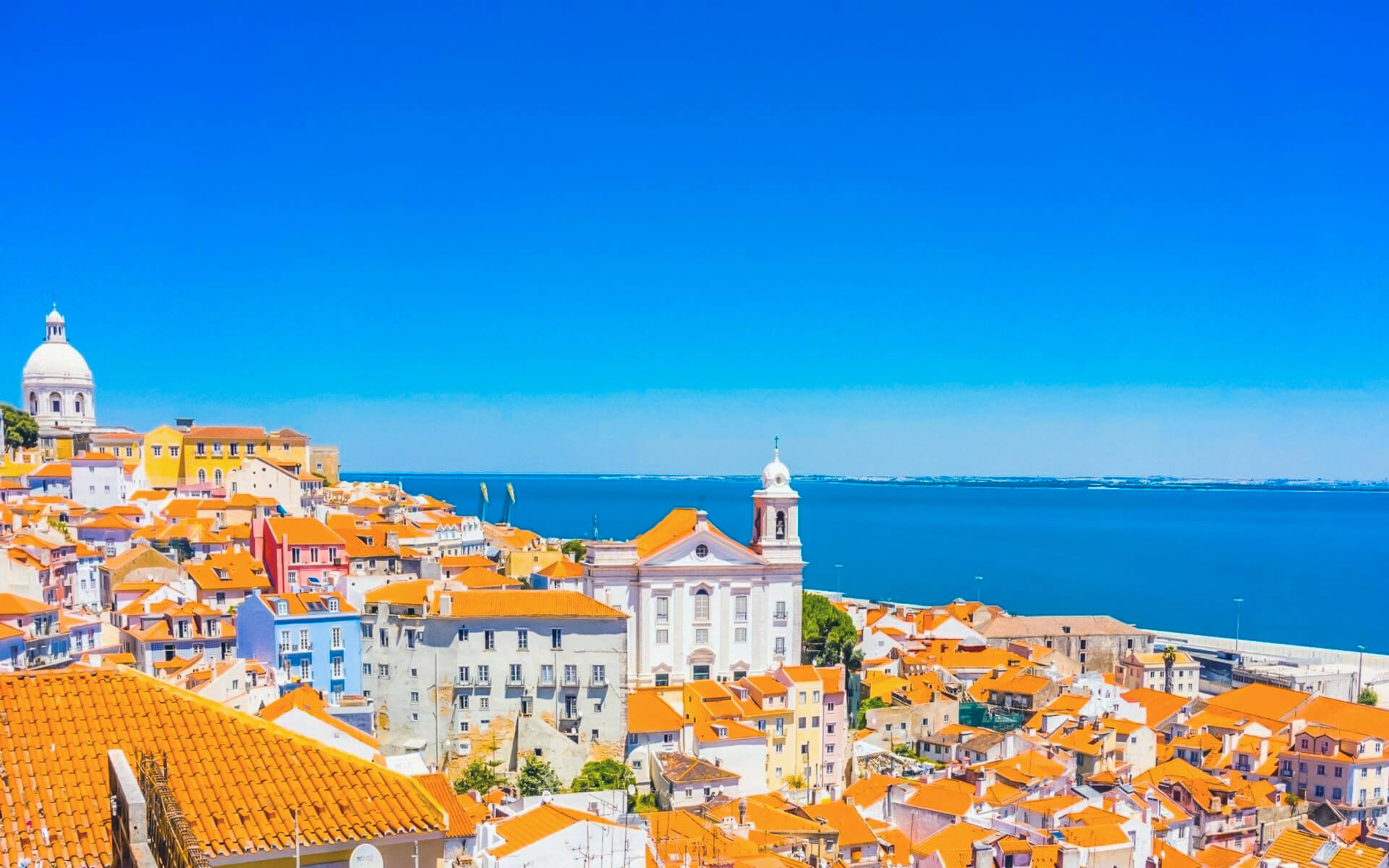 Lisbon, Portugal’s capital and biggest city, with a population of 552,700 people. Its urban area stretches beyond the administrative borders of the city and has a population of around 2.7 million people, making it the 11th-most populated urban region in the European Union.

It is the westernmost capital city in continental Europe and the only one along the Atlantic coast. Lisbon is located on the western Iberian Peninsula, on the Atlantic Ocean and the Tagus River.

Because of its prominence in banking, business, media, entertainment, arts, international trade, education, and tourism, Lisbon is recognized as a worldwide metropolis. It is one of the continent’s main economic centers, with a thriving banking industry and one of Europe’s biggest container ports on the Atlantic coast. After Istanbul, Rome, Barcelona, Madrid, Athens, and Milan, the city is the seventh most visited in Southern Europe.

Lisbon is one of the world’s oldest cities, and the oldest in Western Europe, having predated other major European capitals like London, Paris, and Rome by centuries. Julius Caesar renamed it Felicitas Julia, adding to the name Olissipo.

Lisbon enchants visitors with its white bleached limestone buildings, small lanes, and an easygoing appeal that makes it a popular year round destination. It is a port city, an economic center, a cultural powerhouse, and a dynamic blend of Portugal’s rich past and colorful current culture.

Lisbon is also the capital of the Lisbon Region, which includes many other wonderful tourist destinations such as the UNESCO World Heritage site of Sintra, the seaside resorts of Estoril and Cascais, and Almada, famous for its hilltop Cristo Rei statue, all of which are well-connected to Lisbon via excellent public transportation.

Lisbon is constructed on seven hills, similar to Istanbul, Amman, Rome, and San Francisco. One of Lisbon’s distinguishing features is its many hills and scarcity of really flat regions. This is a city with enthralling contrasts as well: The lower parts’ magnificent squares, large avenues, and rectangular shape swiftly give place to the mountainous, small, twisting, and unexpected streets of neighborhoods like Alfama and Bairro Alto. Belem’s vast layout and magnificent structures stand in stark contrast to the confined streets of Alfama and Bairro Alto. The magnificent dining rooms and clever rooftop bars of costly hotels seem to be in another universe when contrasted to the superb eateries hidden behind an unobtrusive façade on a humble Bairro Alto street. Quality patisseries and restaurants coexist alongside late-night pubs and loud discos. The ancient, small, squeaky trams (one of the city’s characteristics) stand in stark contrast to the modern metro system.

Lisboa Ask Me Centre, Pç. do Comércio, +351 21 031-2815. open 09:00-20:00 daily.The gleaming new center will assist you in finding lodging, and the staff will gladly provide assistance, maps, and brochures. Smaller Ask Me Lisboa kiosks may be found around the Rossio neighborhood and airport, and its multilingual personnel will assist you with maps and brochures.

The Lisboa Card, which can be acquired at tourist information centers, provides free or reduced-price admission to numerous museums, galleries, and tourist sites as well as free or reduced-price transportation around the city. They are available in 24 hour adult €17, 48 hour €27, and 72 hour (€33) increments. They aren’t a good deal unless you intend on visiting a lot of museums. This is especially true if you have a student identity card (foreign or national), since student discounts to these attractions are often the same as for the Lisboa Card.

Lisbon has a Subtropical-Mediterranean climate, with moderate winters and hot summers.

Lisbon is the westernmost capital of a nation in mainland Europe, located at the mouth of the Tagus River.

The city has a size of 84.94 km2 (33 sq mi) and, unlike other big cities, its city borders are strictly defined by its historical center.

The Lisbon area is the richest region in Portugal, with GDP per capita much above the European Union average – it accounts for 45 percent of Portuguese GDP.

The economy of Lisbon is mostly dependent on the tertiary sector. The majority of multinational corporations with offices in Portugal are situated in the Grande Lisboa Subregion, particularly in the municipality of Oeiras. The Lisbon Metropolitan Area is largely industrialized, particularly on the Tagus River’s south bank (Rio Tejo).

Lisbon, the country’s main seaport and home to one of the biggest and most sophisticated regional marketplaces on the Iberian Peninsula, is also emerging as an important financial center and a vibrant technology hub. Automobile manufacturers, such as AutoEuropa, have built plants in the suburbs.

Oil refineries, textile mills, shipbuilding, and fisheries are all important sectors of the Lisbon economy.

Private international call centers and public phone booths may be found all across Lisbon. Be advised, though, that public phones aren’t always as kind as slot machines: they’ll often swallow your change and offer you no credit. You’re better off getting a Portugal Telecom pre-paid card to plug into your phone, or a bargain calling card that connects you through a toll-free number. These are available in street kiosks and convenience shops. Most payphones also accept credit cards, however support for this function is fairly costly.

Internet cafés abound in the Rossio and Restauradores neighborhoods, as well as in Bairro Alto (opening late there). Expect to get paid between €2 and €3 per hour.