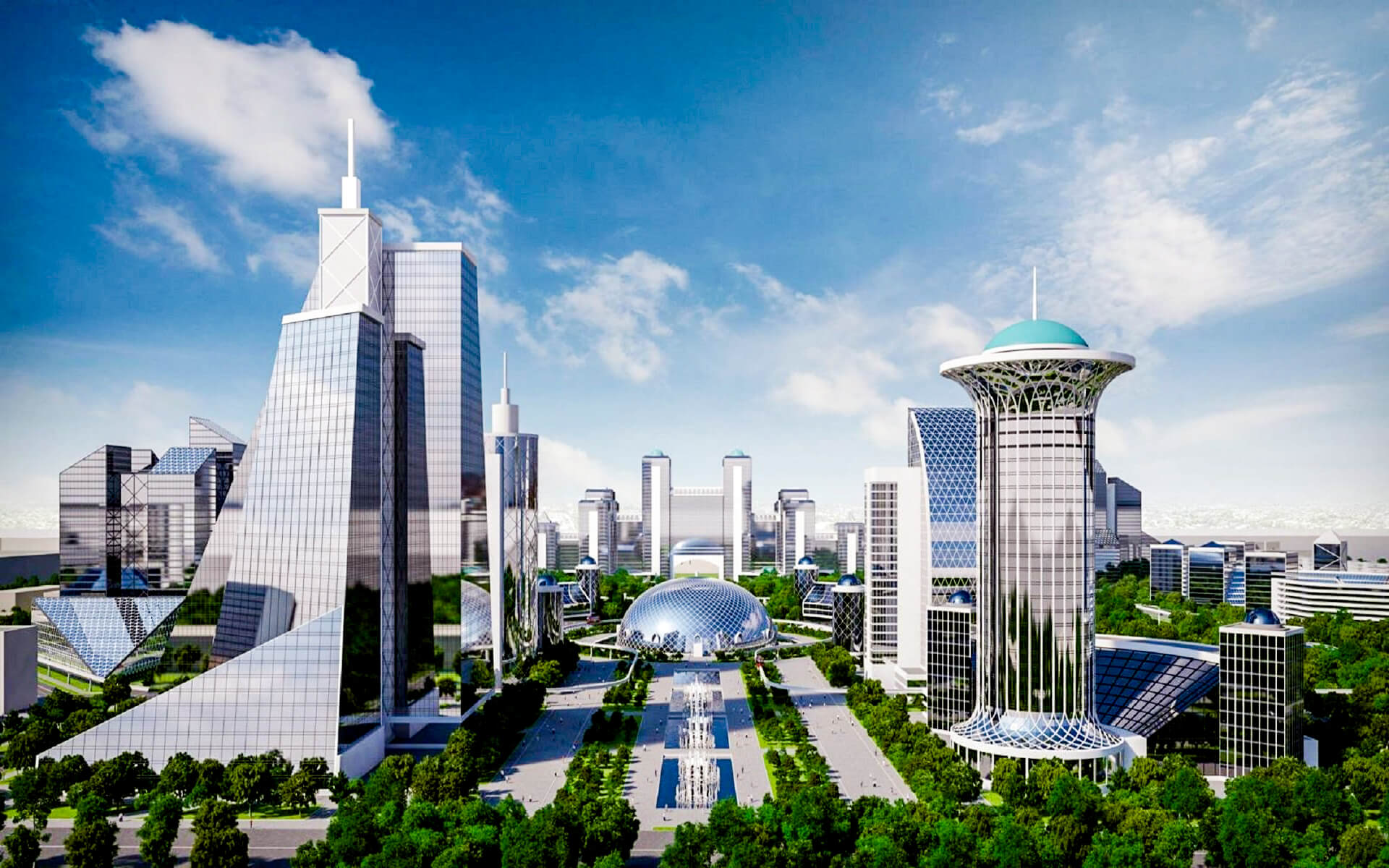 It is an old city on the Great Silk Road, which connects China and Europe. After the 1966 earthquake and previous modernization efforts during the 1917 revolution, little of the historic city survives. Tashkent is still a Soviet-era metropolis with little resemblance to its old Central Asian heritage. The city has a mix of contemporary modern office buildings, hotels, and parks, as well as decaying Soviet-style housing complexes. In general, the streets are tidy, and there aren’t too many potholes in the city center. Further out, the infrastructure is deplorable.

The Uzbek government has started on a significant restoration work in the city center during the past several years. Roads, government buildings, and parks are being rebuilt (many historical buildings and sites are bulldozed in process). The new city seems quite spectacular to visitors, but many local inhabitants have yet to witness any progress in their residential districts.

Tashkent is anticipating a boom. The infrastructure, hotels, and stores are there, but the flood of people and business has not occurred. This is due, in part, to a mix of government policies and negative public perception.

Tashkent is home to 2.3 million people.

Little of Tashkent’s traditional architectural history exists, owing to the destruction of much of the historic city during the 1917 revolution and, subsequently, the 1966 earthquake. Tashkent, on the other hand, is rich in museums and Soviet-era structures. They are as follows:

Madrasah Kukeldash. It dates back to the era of Abdullah Khan II (1557–1598) and is now being repaired by the Mawarannahr Moslems’ regional Religious Board. There are plans to turn it into a museum, however it is now utilized as a madrassah.

Chorsu Bazaar is close to the Kukeldash Madrassa. This massive open-air market is the heart of Tashkent’s ancient town. Everything possible is on the market.

Mosque of Telyashayakh (Khast Imam Mosque). It contains the Uthman Qur’an, which is said to be the world’s earliest existing Qur’an. It was transported to Samarkand by Timur in 655, smeared with the blood of the dead caliph, Uthman, and transferred to Saint Petersburg as a war trophy by the Russians. In 1924, it was restored to Uzbekistan.

Mausoleum of Yunus Khan It is a collection of three 15th-century mausoleums that were refurbished in the 19th century. The largest is Yunus Khan’s burial, who is the grandfather of Mughal Empire founder Babur.

Prince Romanov’s Palace During the nineteenth century, Grand Duke Nikolai Konstantinovich, Alexander III of Russia’s first cousin, was exiled to Tashkent for some shady dealings with the Russian Crown Jewels. His palace is still standing in the city center. The Ministry of Foreign Affairs has taken over what was formerly a museum.

The Alisher Navoi Opera and Ballet Theatre was created in World War II utilizing Japanese prisoner of war labor by the same architect who designed Lenin’s Tomb in Moscow, Aleksey Shchusev. It is a venue for Russian ballet and opera.

Uzbekistan Fine Arts Museum It has a significant collection of pre-Russian art, including as Sogdian paintings, Buddhist sculptures, and Zoroastrian art, as well as a more recent collection of 19th and 20th century applied art, such as suzani embroidered hangings. More interesting is Grand Duke Romanov’s vast collection of paintings “taken” from the Hermitage and never returned to adorn his castle in exile in Tashkent. A tiny park beside the museum has the forgotten graves of the Bolsheviks who died in the Russian Revolution of 1917 and Ossipov’s treason in 1919, as well as the first Uzbekistani President Yuldosh Akhunbabayev.

The majority of locals conduct their main shopping at bazaars. Local products, such as fruits, nuts, and vegetables, may be excellent, particularly when in season. Local melons arrive on the streets and in the bazaars in the late summer and are sweet and inexpensive.

Eski Juva Chorsu Bazaar (Heart of Old Town, next to Chorsu Sq.- Metro station Chorsu is right there). Tashkent’s largest and most exciting oriental bazaar. Eski Juva Bazaar is Central Asia’s largest and oldest bazaar, having been in operation for over 2,000 years. The bazaar’s booths are housed under seven massive domes covered with colorful glazed tiles. Saffron, brown tree bark, red and black pepper, thyme and cloves, nutmeg, cardamom, raisins and dried apricots, almonds and pistachios, walnuts and peanuts may all be found in the largest domed edifice. The bazaar is well-known for its peanuts cooked in sugar or honey and topped with sesame seeds. The workshops are located underneath the little domes. Jewelry, painted cradles (beshik), gold embroidery, Uzbek chests with metal decorations, embroidered suzanes (thin tapestries), jiyak (lace for trimming the lower edges of women’s trousers), quilted men’s (chapan) and women’s (yashmak) caftans, kurpacha quilts, and pichok knives in leather or brass sheaths, and national musical instruments are all made and sold here. Blue and turquoise painted designs are available on lyagan plates and kosa bowls made by potters. Carpets from Khiva, Samarkand, Bukhara, Afghanistan, and Turkey are also available.

Farkhatsky Bazaar Only selling melons, particularly in September and October.

Chilanzar District, Hippodrome Bazaar (Two km SW of Metro station Olmazar, take a tram from there). Except for M, every day. Ideal for (leather) garments and shoes. It’s quite packed.

Tashkent has a Mediterranean climate with significant continental influences.

As a consequence, Tashkent suffers harsh, frequently snowy winters that are not characteristic of most Mediterranean climates, as well as lengthy, hot, and dry summers.

Winters in the months of December, January, and February are chilly and frequently snowy.

During these months, the majority of the precipitation falls as snow.

Precipitation peaks in the city in early winter and early spring.

Tashkent’s summers are lengthy, ranging from May until September. During the months of July and August, Tashkent may be exceedingly hot. During the summer, especially from June to September, the city receives extremely little precipitation.

Tashkent (41°18′N 69°16′E) is located on the route between Shymkent and Samarkand on a well-watered plain to the west of the final Altai mountains. Tashkent is constructed on thick alluvial deposits up to 15 metres deep at the confluence of the Chirchik river and many of its tributaries (49 ft). The city is situated in an active tectonic region that experiences frequent tremors and earthquakes. In 1966, an earthquake registered 7.5 on the Richter scale. Tashkent’s local time is UTC/GMT +5 hours.