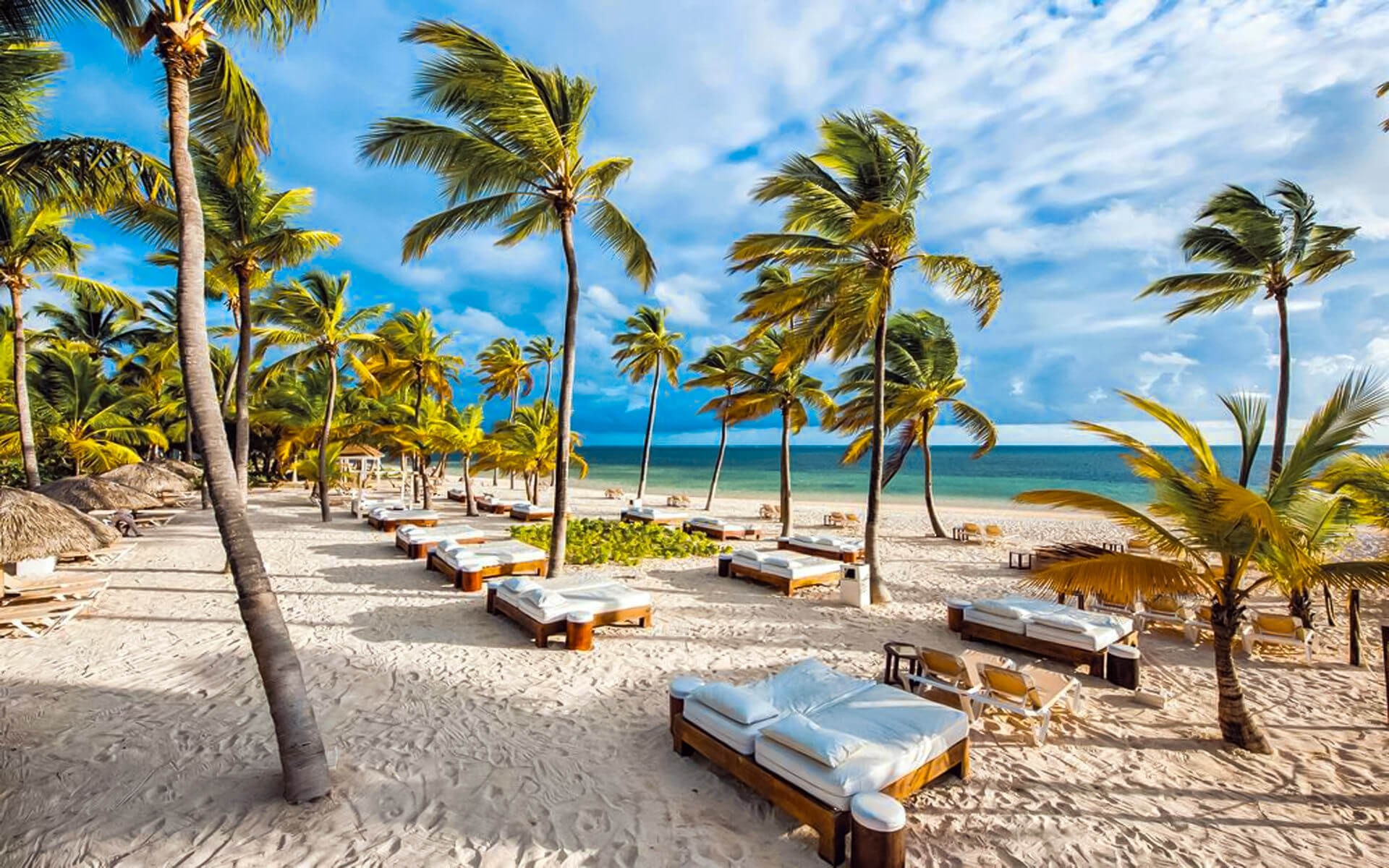 Punta Cana is the name of a town and tourism area on the Dominican Republic’s easternmost point. The area, which covers around 420,000m2 (nearly 1,100 acres), is known for its sandy white beaches.

The area is located in the province of La Altagracia, which has a population of 100,000 people and borders the Atlantic Ocean to the east. It is bounded to the north by the beaches of Bávaro and El Cortecito. It also shares boundaries with Cabeza de Toro, Cabo Engao, and Juanillo to the west.

Despite the fact that the region is largely empty, Punta Cana’s closeness to other big resort locations such as Bávaro and Uvero Alto makes the town one of the top Caribbean attractions.

Punta Cana’s high season typically lasts from December through April. Prices for both flights and hotels skyrocket during these months, whereas they plummet throughout the summer and early autumn.

The climate in Punta Cana is tropical. Despite the gentle winds, the ocean in the vicinity is mostly shallow, with various natural marine pools where tourists may swim. With an average temperature of 26°C, the weather is pretty consistent. The warmest season lasts from April through November, with daytime temperatures reaching 32°C. Temperatures in the evenings are approximately 20°C from December to March. Because of the flat terrain, the region receives very little rain. The summer months are often hot and humid. It is recommended that you wear loose-fitting cotton clothes, so pack lightly.

Punta Cana was created as a tourist destination, and tourism currently accounts for 100% of the local income. Pricing are substantially more than in the rest of the Dominican Republic, and prices in the resorts are greater than outside the region (up to 300 percent for postcards, cigars and souvenirs). As a result, several resorts use the approach of scaring their tourists away from stepping outdoors by spreading reports of thefts, murders, and rape. These should be taken with a grain (or pound) of salt; folks are generally nice and helpful. Still, flashy jewelry, fancy devices, or large sums of money are not advised.

Punta Cana is the land of peace and relaxation by the sea, with one of the Caribbean region’s longest white sand coastlines–a massive 48 kilometers (30 miles), accented by sky-reaching coconut trees. All-inclusive resorts and boutique hideaways provide all the pleasures and conveniences of contemporary beachside life here, where the Atlantic meets the Caribbean, from the northern tip at Uvero Alto to the southern point at Cap Cana. Families will enjoy small entertainment centers and water parks for their children, while couples-only enclaves will offer fantasy wedding venues, as well as private coastal hotels for an ultra-romantic stay. But it’s not only about having fun in the sun, soft sand between your toes, and shimmering, clear water to swim in, go fishing in, or dive for underwater life and ruins. Punta Cana is also a golfer’s paradise, with 10 courses positioned all along the strip, a coastal hideaway with magnificent marinas and exquisite restaurants, and a wellness corner with the country’s best spas, including the Caribbean’s only Six Senses.

As of 2009, the Punta Cana region has an estimated population of 50,000 people, with an annual growth rate of 6%. To the north, it is bordered by the Cabeza de Toro hamlet and beach, as well as the Bávaro and El Cortecito beaches. Higüey, a 500-year-old city, is 45 kilometers (28 miles) distant and takes roughly an hour to reach by automobile. All but two of the roughly 50 megaresorts in the Punta Cana tourist hotspot are owned by European entrepreneurs, notably Spanish hotel companies.

Bávaro is the region that stretches from Cabeza de Toro to Macao Beach. As hotels began to spring up along the east coast, Bavaro itself grew into a service hub, complete with retail malls, fast-food restaurants, pharmacy stores, fine restaurants, banks, clinics, workshops, supermarkets, and schools. Veron, currently larger in area than Higüey, is the district’s largest town, a haphazard – and impoverished – urban expansion stretching along the old route from the west. Verón, the last name of a French entrepreneur of a timberline firm in the early 1930s, is currently a base city for hotel employees and others. Apart from Bávaro, it has one of only four gas stations in Punta Cana: the next one is 48 kilometers (30 miles) west in Higüey, at the Fruisa crossroads; a new Texaco gas station opened in April 2010, 3 kilometers (1.9 miles) south of Macao beach; and a new Shell gas station close to the airport (on the highway Coral) opened at the end of 2010.