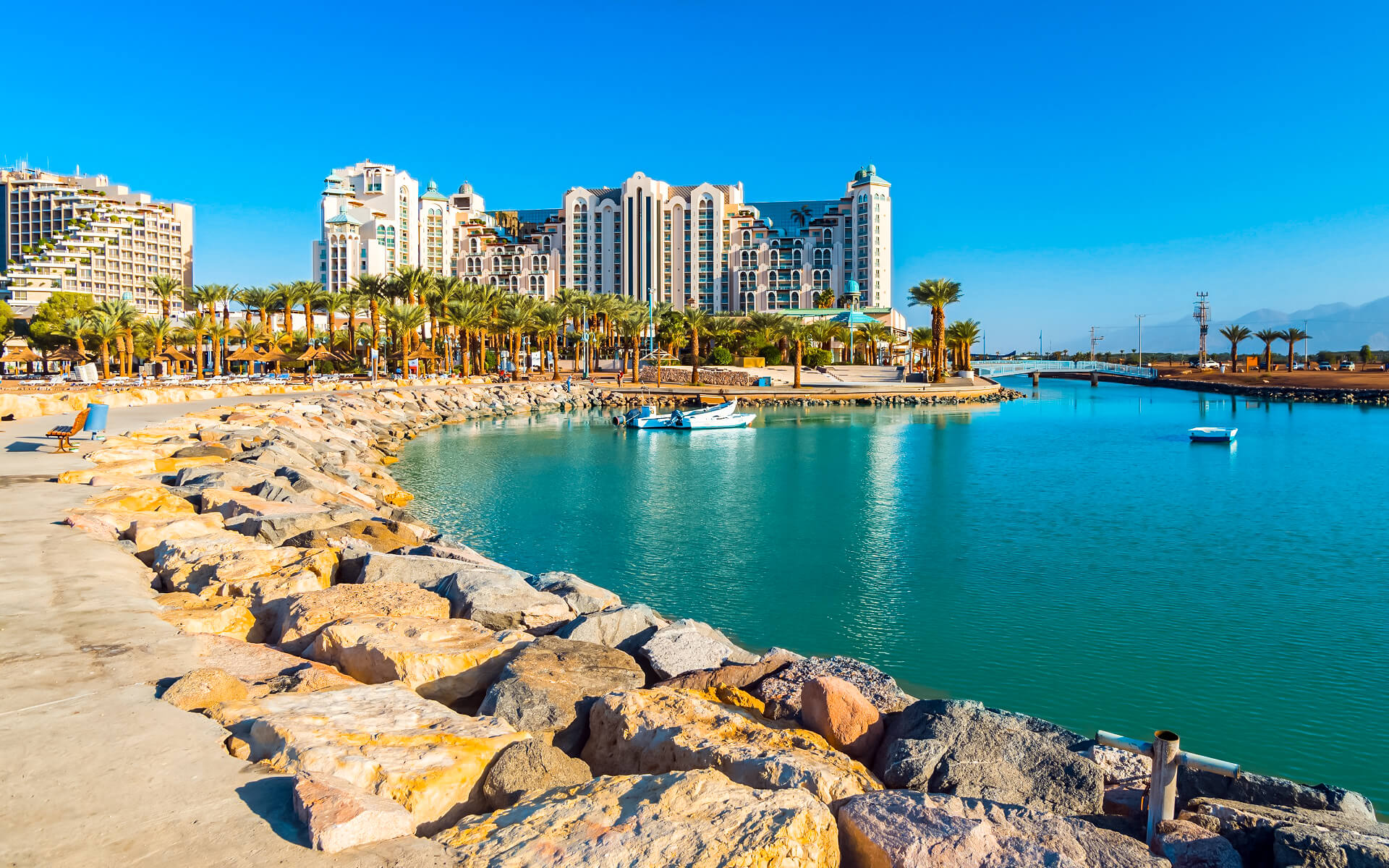 Eilat is Israel’s southernmost city, a bustling port and famous tourist destination on the Red Sea’s northern point, on the Gulf of Aqaba.

Eilat, with a population of 48,946, is located in the Southern Negev Desert, near the southern end of the Arava, next to the Egyptian settlement of Taba to the south, the Jordanian port city of Aqaba to the east, and within sight of Saudi Arabia across the gulf to the south-east.

Eilat (, sometimes known as Elat) is the only Israeli city on the Red Sea. Eilat, located at the country’s southernmost coast, is first and foremost a resort town dedicated to sun, pleasure, diving, partying, and desert-based activities. Some 320 kilometers (200 miles) from the tensions of Tel Aviv and Jerusalem, Eilat’s climate-induced easygoing environment has traditionally offered a handy year-round getaway for Israelis, and many of European sun-seekers visit during the mild winter months. Temperatures in the Red Sea vary from 20°C (68°F) in the winter to 26.2°C (80°F) in the summer, offering comfort in the winter and much needed chilliness in the summer heat.

Eilat has a variety of lodging options, ranging from hostels and luxury hotels to Bedouin hospitality. In recent years, Eilat has been a target of militants from Egypt and Gaza, resulting in a decrease in tourist traffic to the area.

Eilat has a hot desert climate with scorching, dry summers and pleasant, rainless winters. Winter temperatures typically range from 11 and 23 degrees Celsius (52 and 73 degrees Fahrenheit). Summer temperatures often range from 26 to 40 degrees Celsius (79 to 104 degrees Fahrenheit). There are modest coral reefs around Eilat, but they were considerably bigger 50 years ago: the corals have been dying as a consequence of water pollution.

The geology and landscape are varied: igneous and metamorphic rocks, sandstone and limestone; mountains up to 892 metres (2,927 ft) above sea level; broad valleys such as the Arava, and seashore on the Gulf of Aqaba. With an annual average rainfall of 28 millimetres (1.1 in) and summer temperatures of 40 °C (104 °F) and higher, water resources and vegetation are limited. “The main elements that influenced the region’s history were the copper resources and other minerals, the ancient international roads that crossed the area, and its geopolitical and strategic position. These resulted in a settlement density that defies the environmental conditions.”

Tourism became more crucial to the city’s economy in the 1970s when other businesses closed or were significantly curtailed. Despite the fact that Eilat became a free trade zone in 1985, tourism is now the city’s main source of wealth.