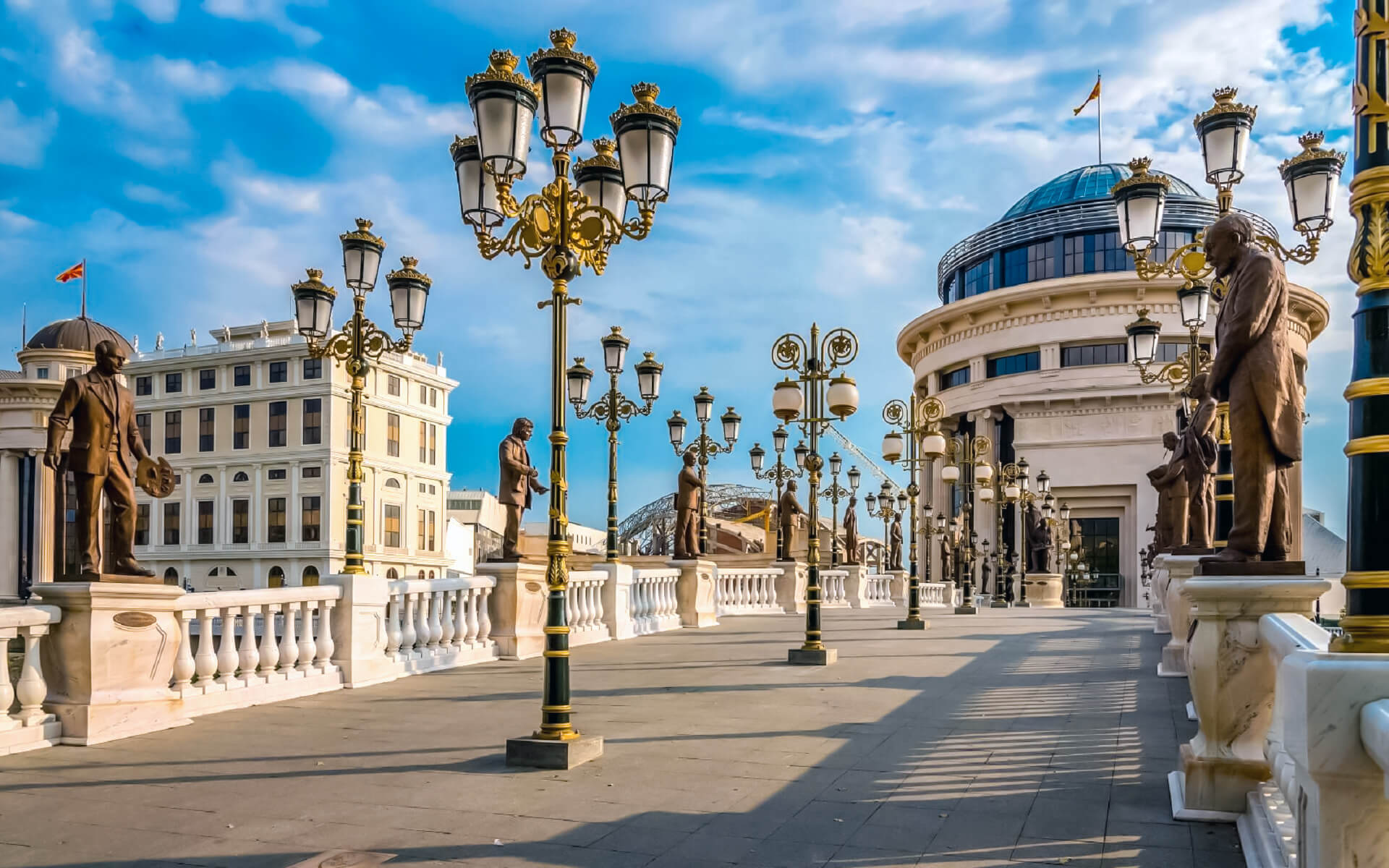 Skopje is the Republic of Macedonia’s capital and biggest city. It serves as the country’s political, cultural, economic, and educational hub.

The city has a population of roughly 800,000 people, but on working days, it may virtually double to more than one million people, accounting for more than half of the country’s population. Skopje is the most ethnically diverse city in the nation, with numerous Albanians, Turks, Roma, Serbs, Bosniaks, and others living there with the majority Macedonians.

The 26th of July 1963 was one of the deadliest days in Skopje’s history. At 5:17 a.m., an earthquake shook the city. In a matter of seconds, 75 percent of the city’s buildings vanished. Following that, the massive reconstruction project started, with the goal of making Skopje the model city of the communist world. The idea was created by Kenzo Tange, a Japanese architect who also constructed the new train station. The proposal was never completely implemented. Many rebuilding initiatives have recently begun. Some of the towers of the Kale Fortress and the ancient church are being rebuilt, as is the medieval theater. Skopje is a mingling of Christian and Islamic cultures, with both competing for visibility. However, this cultural mix has resulted in a vibrant and diverse community. In the summer, you may observe people playing chess in the mornings at the many cafés and natural places. Skopje comes alive in the evenings as inhabitants eat in cafés before traveling to pubs and live music clubs, the majority of which remain open until 1AM or later.

Skopje, the Republic of Macedonia’s capital, is a metropolis of numerous cultures and ages. Regardless of where you’re coming from, the infamously ugly apartment buildings built after the city’s 1963 earthquake will greet you, and, while fans of stereotypical Eastern Europe may find a thing or two to check out in this Sovietesque city, you may feel largely unwelcome, but don’t give up on Skopje just yet.

Instead of daydreaming about jumping on the next bus to someplace else, travel to the center plaza, which is cut in half by the River Vardar and bridged by a 14th-century stone bridge. This is the focal point of the “Skopje 2014” project, in which the Macedonian government proudly erects nearly innumerable statues of historical personalities with ties to Macedonia, as well as some massive neo-classical buildings, in an apparent attempt to evoke a sense of the glory days of Ancient Macedon.

When you’ve seen your daily quota of sculptures (which will be soon), take a trip up to the Ottoman old town, to the tranquil yards of the historic mosques, to rest your eyes from the statue fatigue. It should be twilight by now, and your legs should be weary enough to rest and ponder in one of the tiny squares of the old town, shaded by enormous, old plane trees, with a bottle of the excellent local beer, Skopsko.

Skopje’s climate is described as continental sub-Mediterranean, with an annual mean temperature of 13.5 °C (56 °F).

Summers are lengthy, hot, and humid, while winters are short, chilly, and damp. Snowfall is prevalent throughout the winter season, however major snow accumulation is uncommon, and the snow cover lasts just a few days.

Skopje is situated in the Republic of Macedonia’s northwestern region, in the heart of the Balkan peninsula, and midway between Belgrade and Athens. The city is located in the Skopje valley, following the route of the Vardar river, which drains into the Aegean Sea in Greece. The valley is about 20 kilometers wide and is bounded to the north and south by multiple mountain ranges. These mountains restrict Skopje’s urban growth, which extends along the Vardar and the Serava, a minor river that flows from the north. Skopje’s administrative limits extend for more over 33 kilometers, yet it is just 10 kilometers broad.

Skopje is a medium-sized city in Europe, but because of its administrative role, it might be compared to tiny regional metropolises like as Sofia and Thessaloniki. Skopje, the Republic of Macedonia’s capital and biggest city, accounts for a significant portion of the country’s GDP. The Skopje Statistical Region, which includes Skopje and several neighboring municipalities, accounts for 45.5% of Macedonia’s GDP. In 2009, the regional GDP per capita was USD 6,565, or 155% of Macedonia’s GDP per capita. This value is lower than that of Sofia (USD 10,106), Sarajevo (USD 10,048), or Belgrade (USD 7,983), but higher than that of Tirana (USD 7,983). (USD 4,126).

Due there are no other big cities in the Republic of Macedonia, and because of political and economic centralisation, many Macedonians residing outside of Skopje work in the capital city. The city’s vitality also spurs rural emigration, not just from Macedonia, but also from Kosovo, Albania, and Southern Serbia.

Skopje has a large number of Internet cafés.

Almost all cafés, hotels, and restaurants have free Wi-Fi.