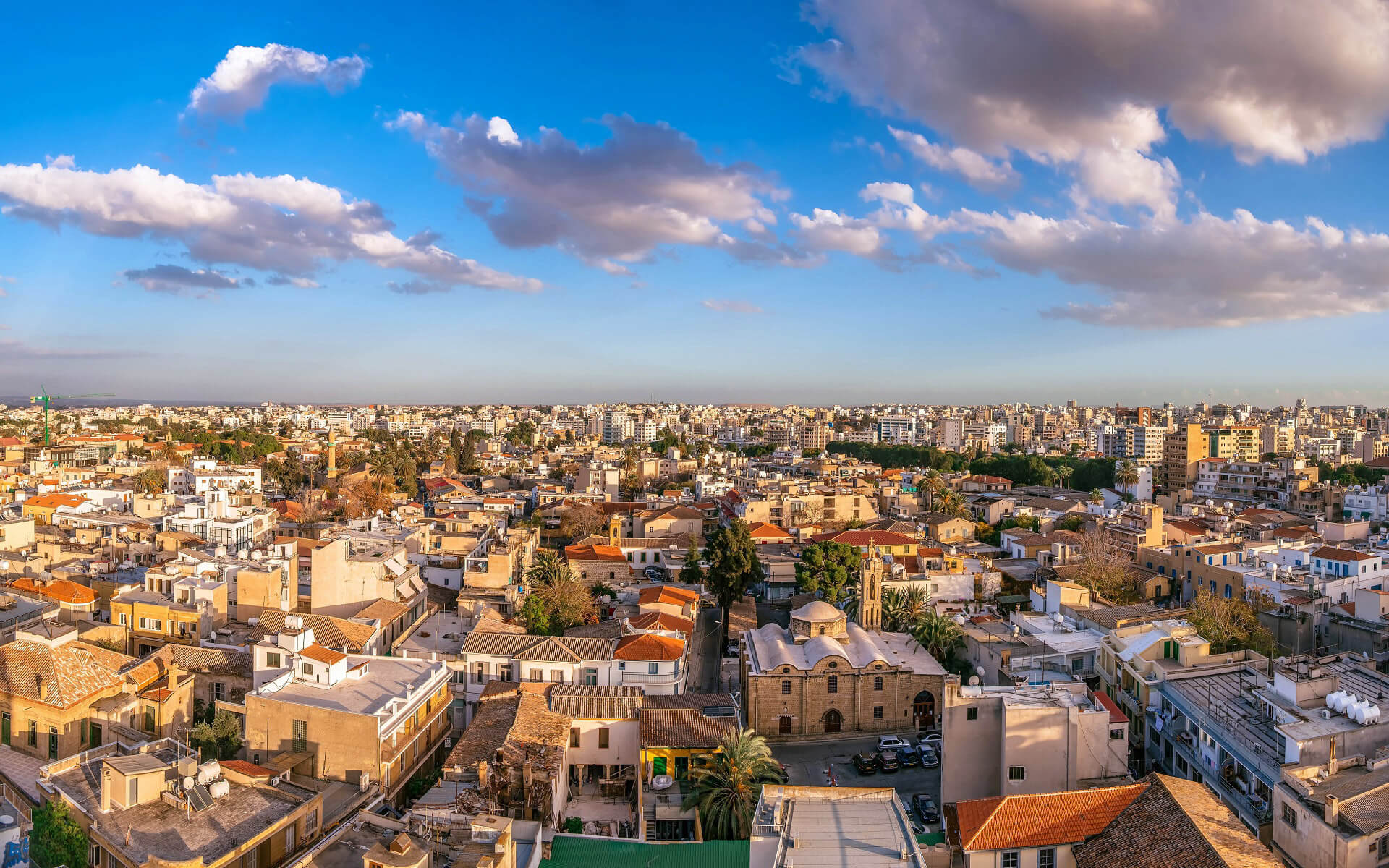 Nicosia is the capital and biggest city of Cyprus, as well as the island’s primary business center. It is situated at the center of the Mesaoria plain, on the banks of the Pedieos River.

Nicosia is the capital and seat of government of the Republic of Cyprus, and as such, it is the capital of the EU member state with the most southeasterly location. It has been continually inhabited for more than 4,500 years and has served as Cyprus’s capital since the 10th century.

Following intercommunal violence in the city, Nicosia was split into southern Greek Cypriot and northern Turkish Cypriot portions in 1963. Today, the northern half of the city serves as the capital of Northern Cyprus, a de facto state that the international world considers to be occupied Cypriot land.

Aside from legislative and administrative tasks, Nicosia has established itself as the island’s financial capital and primary international corporate center. In terms of relative buying power, the city was rated fifth in the world in 2012. It also houses the majority of foreign embassies and offshore enterprises. It has a very global vibe, thanks to its international students and foreign employees.

Nicosia falls short of the ancient treasure troves and beaches with pulsing nightlife that draw the majority of tourists to Cyprus. But the Old City, with its museums and cathedrals, is nice enough, and because of the city’s relative lack of visitors, it preserves a more genuinely Cypriot feel than the southern shore resorts. Fantastic tiny cafés call you in for a Cypriot coffee, so simply wander about and observe the numerous woodworking businesses that are deep inside the City, and take a trip down to the Green Line, which now separates North and South. It is by far the ideal spot for shopaholics since it is the island’s financial and administrative center.

Nicosia’s climate is subtropical-hot semi-arid, with long, hot, and dry summers. The majority of the rain falls throughout the winter.

Nicosia is Cyprus’s financial and commercial hub. All Cypriot banks have their headquarters in the city, including the old Cyprus Popular Bank (formerly known as Laiki Bank), the Bank of Cyprus, and the Hellenic Bank. Furthermore, the Cyprus Central Bank is situated in the Acropolis district of the Cypriot capital.

A number of foreign companies, including the Big Four audit firms PWC, Deloitte, KPMG, and Ernst & Young, have their Cypriot headquarters in Nicosia. International technology businesses with regional headquarters in Nicosia include NCR and TSYS. Local financial publications such as the Financial Mirror and Stockwatch are also based in the city.

Internet cafés are offered in tourist areas and provide access to the internet. Many cafés now provide free wi-fi, while hotels and resorts often provide Internet connection to their visitors.