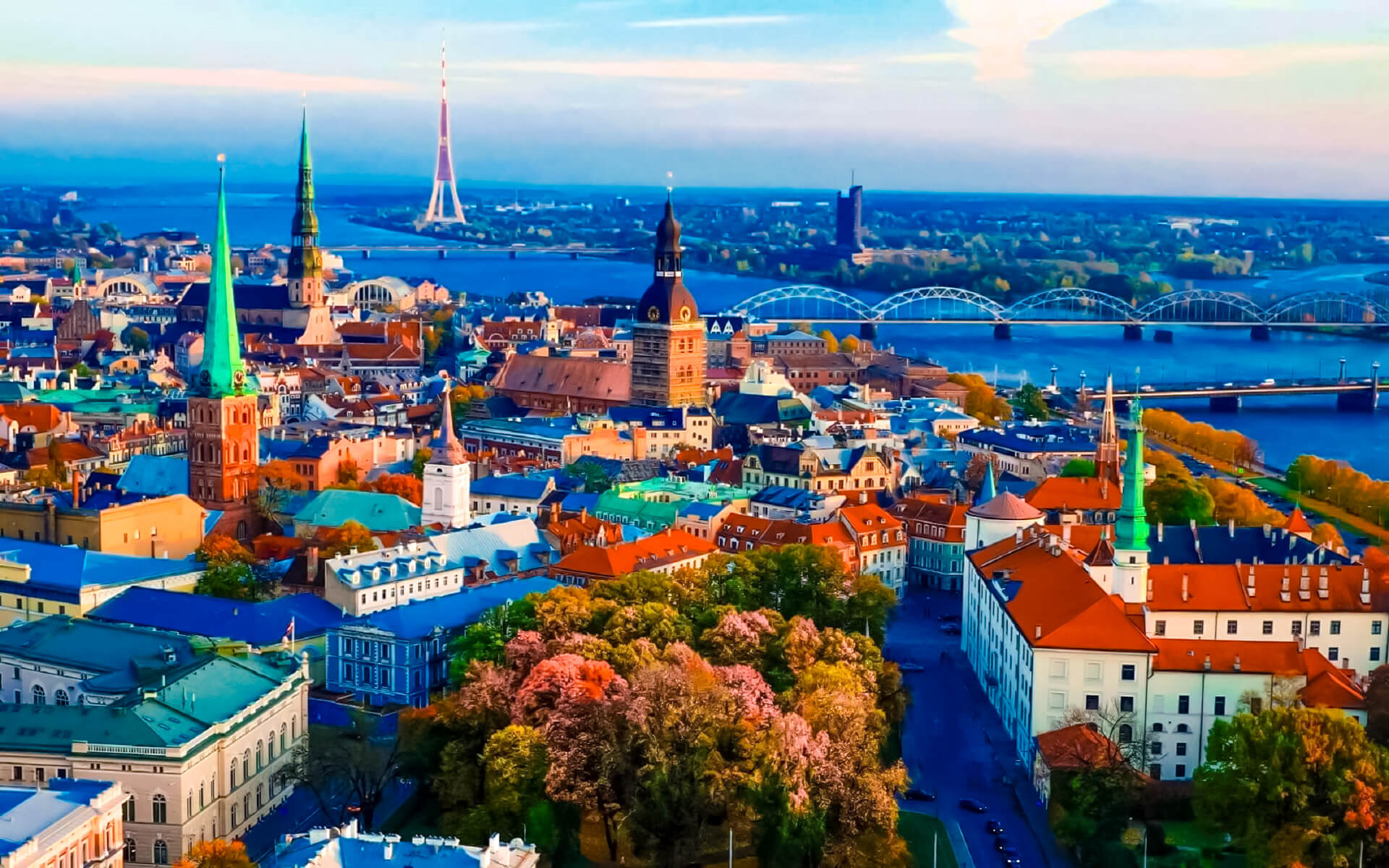 Riga is Latvia’s capital and biggest city. Riga is the biggest city in the Baltic nations, with 641,007 residents, and is home to one-third of Latvia’s population. The city is located at the mouth of the Daugava River on the Gulf of Riga.

Riga was established in 1201 and was a member of the Hanseatic League at one time. The old center of Riga is a UNESCO World Heritage Site known for its Art Nouveau/Jugendstil architecture and 19th century timber buildings.

Riga, together with Ume in Sweden, was designated as the European Capital of Culture in 2014. Riga hosted the NATO Summit in 2006, the Eurovision Song Contest in 2003, and the IIHF Men’s World Ice Hockey Championships in 2006.

Riga is famed for its Old Town (Vecrga) and city center (Centrs), which have approximately 800 buildings of the Art Nouveau (aka Jugendstil) style. Riga’s old town is a UNESCO World Heritage Site. The Art Nouveau style is characterized by beautiful building facades adorned with carvings of flowers and mythical animals, as well as ornamental doors and windows. Much of the old town was destroyed by fire or by the Germans during WWII and remained in ruins until it was reconstructed in the late 1990s, primarily to make Riga more appealing as a tourist destination.

Riga is also well-known for its nightlife and bargain airlines that provide low-cost flights to and from much of Europe.

Riga has a humid continental climate.

The coldest months are January and February, when the average temperature is 5 °C (23 °F), however temperatures as low as 20 to 25 °C (4 to 13 °F) may be reported on the coldest days practically every year. Because of the proximity of the sea, there are frequent autumn rains and fogs. A continuous snow cover could last up to eighty days.

Riga is one of the Baltic States’ most important economic and financial hubs. Riga employs almost half of all Latvians and produces more than half of Latvia’s GDP as well as roughly half of Latvia’s exports.

The port of Riga is one of the biggest in the Baltics. It handled a record 34 million tons of cargo in 2011 and has room for expansion with additional port expansions on Krievu Sala. Tourism is also a significant business in Riga, having grown 22 percent in 2011 alone after slowing during the previous global economic recessions.

Riga has a lot of Internet cafés.