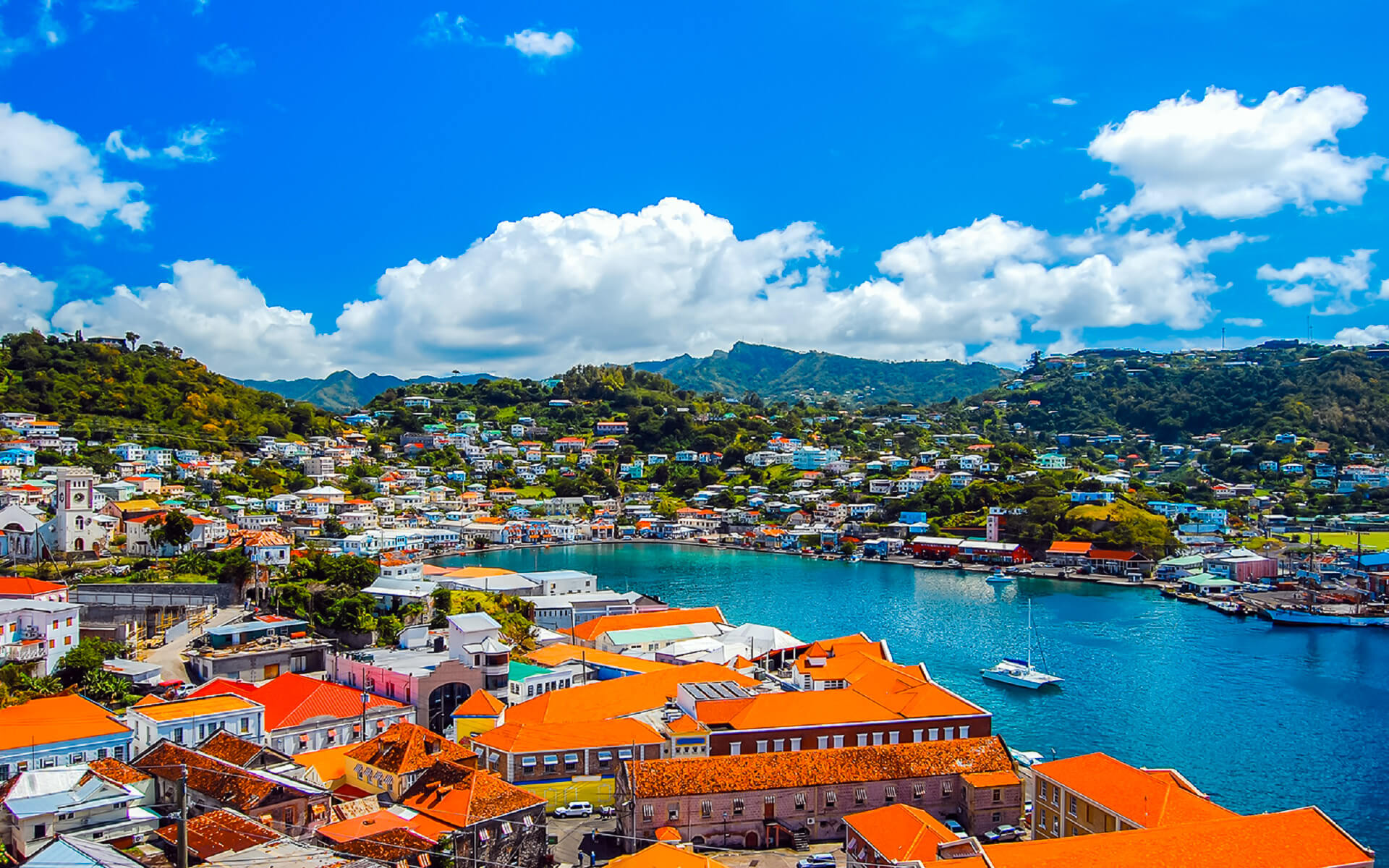 Grenada’s capital is St. George’s. The town is situated on a horseshoe-shaped bay and is surrounded by the slope of an ancient volcanic crater.

St. George’s is a renowned tourist resort in the Caribbean.

In recent years, the town has grown tremendously while maintaining its history, culture, and natural beauty. St. George’s University School of Medicine is situated in the town, as is Maurice Bishop International Airport, the country’s international airport. Cocoa bean cacao, nutmeg, and mace spice are the principal exports.

It has a temperate tropical environment that makes spice cultivation successful. The most abundant crop is nutmeg, which is followed by a variety of spices such as cocoa, mace, cloves, vanilla, cinnamon, and ginger.

Mt. Qua Qua, one of Grenada’s inner range’s key mountains, reaches to a height of over 2,370 feet (722 m). The route to and along its crest goes through Grand Etang Lake before ascending to the top slopes’ higher elevations, colder temperatures, and elfin mountain woods. The track takes approximately an hour and a half to hike, with several steep and even treacherous areas that demand attention.

It gets its name from the fact that it goes past seven of Grand Etang’s mountain waterfalls, which are tucked in the rain forest’s green flora. Even for expert hikers, the trek takes roughly three hours.

St. George’s Cathedral’s tower was completed in 1818. The church’s interior is decorated in vibrant hues.

The ruins of St George’s Anglican Church, which was damaged by Hurricane Ivan in 2004. Locals continue to utilize it informally for both prayer and school classes.

St. George’s Anglican Church was erected in 1825, and a clock, which plays the Westminster chimes on the hour, was added in 1904.

Fort George is situated on a rock to the west of the port. Many of the structures were built by the French in 1705 and are currently utilized by the police. The fort is still mostly intact and available to the public. The fort’s buildings, on the other hand, are in a state of disrepair due to a mix of hurricane damage and neglect, and there is little or no information inside. The battlements provide a nice outlook.

The Grenada National Museum is situated in a former jail and French barracks from 1704. The structure was also the island’s first hotel. Carib and Arawak relics, sugar processing tools and equipment, whaling industry artefacts, and Josephine Bonaparte’s marble bath are among the historical treasures on show at the museum.