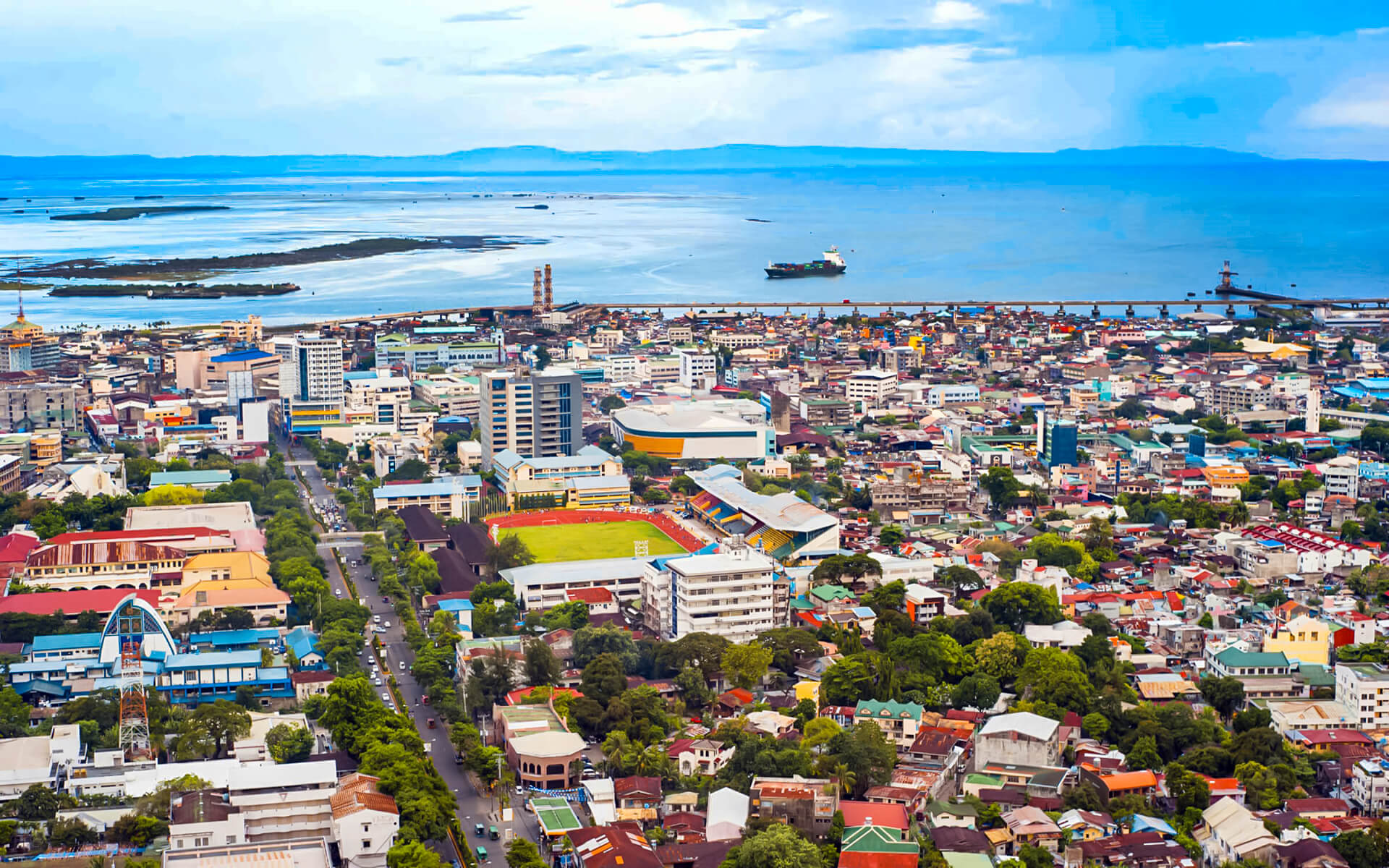 Cebu City, officially the City of Cebu , is the capital city of the province of Cebu and is the “second city” of the Philippines, being the center of Metro Cebu, the second most populous metropolitan area in the Philippines after Metro Manila. Cebu is a first income class highly urbanized city where political governance is independent and separate from the province of Cebu, and according to the 2015 census, it has a population of 922,611 – making it the fifth most populated city in the country. In the 2016 election, it had 630,003 registered voters.  Cebu City is a significant center of commerce, trade and education in the Visayas region.

The city is located on the mid-eastern side of Cebu island. It is the first Spanish settlement, the country’s oldest city,  and the first capital of the Philippines. It is considered as the Fount of Christianity in the Far-East.

It is the center of a metropolitan area called Metro Cebu, which includes the cities of Carcar, Danao, Lapu-Lapu, Mandaue, Naga and Talisay; and the municipalities (towns) of Compostela, Consolacion,Cordova, Liloan, Minglanilla and San Fernando. Metro Cebu has a total population of about 2.55 million people.

Cebu’s tourism business is growing. It hosted the ASEAN Tourism Forum in 1998. In August 2002, the city also hosted the East Asian Tourism Forum, to which the province of Cebu is a member and signatory.

The Cebu Taoist Temple, a Taoist temple in Beverly Hills, is situated inside the city. Views of Cebu City and its skyline may also be viewed from the villages and countless private communities that dot the slope.

Ayala Center Cebu is a retail mall located in the Cebu Business Park that is presently undergoing major development. Every day, more than 85,000 people visit this mall, with the number climbing to 135,000 on weekends.

Mactan Island, situated across the Mactan Strait to the east, is home to Lapu-Lapu. The island of Bohol is located to the east of Cebu, across the Cebu Strait.

Ceboom, a combination of Cebu and Boom, has been used to describe Cebu City’s and Cebu Province’s fast economic expansion in the early 1990s.

Due to Cebu City’s vicinity to various islands, beaches, hotels and resorts, diving places, and historical sites, the city’s tourism sector has been supported by strong domestic and international visitor arrivals. Cebu City has become the tourism gateway to Central and Southern Philippines due to its geographic position and accessibility by air, land, and sea transportation.

The city is a key centre for the Philippines’ business process outsourcing sector. Cebu was placed eighth in the world in the “Top 100 BPO Destinations Report” by global consultancy company Tholons in 2013. In 2012, Cebu’s IT-BPO sales increased by 26.9 percent to $484 million, while the sector as a whole increased by 18.2 percent to $13 billion.

Ayala Corporation created the Cebu Park District, which includes the mixed-use development zones of the Cebu Business Park and Cebu IT Park, via its subsidiaries Cebu Holdings, Inc. and Cebu Property, all of which are publicly traded on the PSE Index. Both master planned regions have regional offices for a variety of enterprises in the banking, finance, information technology, and tourist industries, among others.

Cebu shipyards have built bulk carriers weighing up to 70,000 metric tons deadweight (DWT) as well as double-hulled speed ships. The Philippines became the world’s fourth biggest shipbuilding nation as a result of this sector.

The real estate business is Cebu’s fastest growing sector, with a revenue growth rate of 18.8 percent in 2012. More condominium developments and hypermarkets are being constructed in the area as a result of the strong economic indicators and high investor confidence.

South Road Properties (SRP) is a 300-hectare (740-acre) premier property development project on reclaimed ground a few meters off the shore of Cebu’s core business area. It is a mixed-use development that will include sectors such as entertainment, recreational, residential, and commercial processing. It has been registered with the Philippine Economic Zone Authority (PEZA) and is supported by the Japan Bank for International Cooperation (JBIC). The Cebu Coastal Road, a 12-kilometer (7.5-mile) four-lane roadway that traverses the property, gives travelers with an excellent view of Cebu’s south coast and the surrounding island of Bohol.