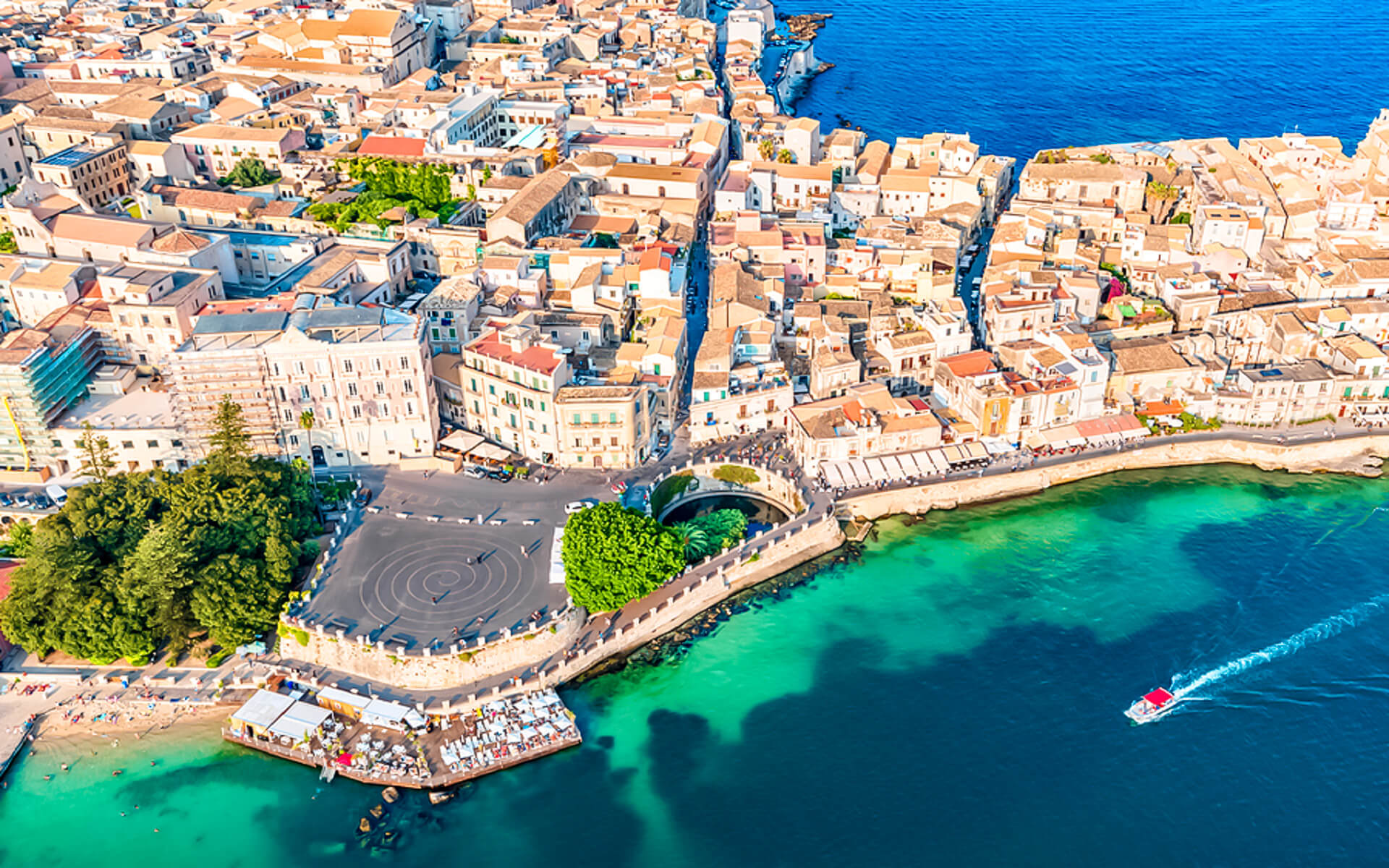 Syracuse is a historic city in Sicily and the seat of the Syracuse province. The city is famous for its rich Greek history, culture, amphitheatres, and architecture, as well as being the home of the great mathematician and engineer Archimedes. This 2,700-year-old city was a vital player in ancient times, when it was one of the Mediterranean world’s great powers. Syracuse is situated in the southeast corner of Sicily, near to the Gulf of Syracuse and the Ionian Sea.

Ancient Greek Corinthians and Teneans established the city, which grew into a great city-state. Syracuse, as the most prominent city in Magna Graecia, was allied with Sparta and Corinth and wielded power over the whole region. Cicero described it as “the largest Greek city and the most beautiful of them all,” and it was the same size as Athens in the fifth century BC. It was eventually included into the Roman Republic and the Byzantine Empire. Following this, Palermo surpassed it in significance as the capital of the Kingdom of Sicily. The kingdom would eventually be merged with the Kingdom of Naples to create the Two Sicilies until the Italian unification in 1860.

UNESCO has designated the city, together with the Pantalica Necropolis, as a World Heritage Site in the contemporary era. The city itself has a population of roughly 125,000 people in the center region. The locals are known as Siracusans. Syracuse is referenced in the Bible in the book of Acts of the Apostles at 28:12, where Paul stayed. Saint Lucy is the city’s patron saint; she was born in Syracuse, and her feast day, Saint Lucy’s Day, is observed on December 13th.

UNESCO has designated the whole city of Syracuse, as well as the Necropolis of Pantalica, which lies within the province of Syracuse, as a World Heritage Site since 2005. This initiative attempts to classify, designate, and safeguard places of exceptional cultural or ecological value to humanity’s shared heritage. The deciding committee that evaluates potential candidates stated that Syracuse was chosen because “monuments and archeological sites located in Syracuse are the finest examples of outstanding architectural creation spanning several cultural aspects; Greek, Roman, and Baroque,” and that Ancient Syracuse was “directly linked to events, ideas, and literary works of outstanding universal significance.”

BUILDINGS OF THE GREEK PERIOD

BUILDINGS OF THE CHRISTIAN PERIOD

Syracuse has a hot-summer Mediterranean climate (Köppen climatic classification Csa), with moderate to hot, dry summers and mild to rainy winters. Snow is rarely but not uncommon; the last substantial snowfall in the city happened in December 2014, however frosts are very rare, with the last one being in December 2014 at 0 °C.

Kavala (Greek:Kαβάλα) is a city in northern Greece that serves as the main seaport for eastern Macedonia and serves as the capital of the...
Read more
Uncategorized

Herzliya is a prosperous city on Israel’s central coast, in the northern section of the Tel Aviv District, recognized for its vibrant start-up and...
Read more

Naivasha is a market town in Kenya’s Nakuru County, located north of Nairobi. The town has a population of 181,966 people (2009 census). Agriculture, particularly...
Read more

Italy, formally the Italian Republic , is a country situated in the heart of the Mediterranean Sea. The country has an area of 301,338...
Read more

Corfu is an Ionian Sea Greek island. It is the second biggest of the Ionian Islands and, along with its minor subsidiary islands, comprises...
Read more
Travel news