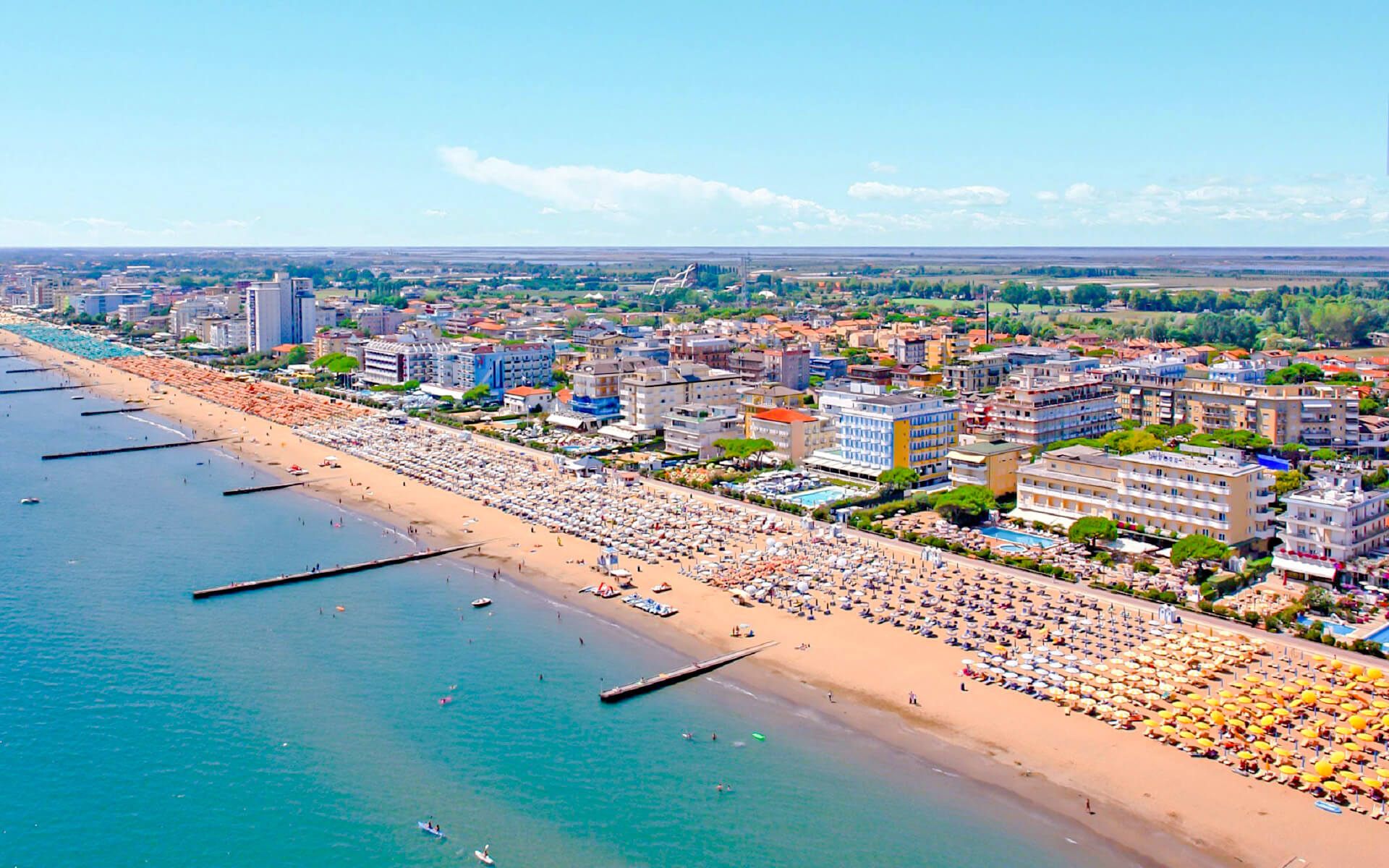 Jesolo (also Iesolo) is a comune and coastal resort town in the province of Venice, Italy.

This coastal town is very popular with foreign tourists and also locals. It has a huge quantity of hotels and shops next to the beach.

The settlement is located between Eraclea and Cavallino-Treporti, north of Venice. Jesolo is the name of a 22-square-kilometer (8.5-square-mile) lagoon in the Adriatic Sea between the rivers Sile and Piave. The urbanized region is surrounded by the rivers Piave (on the east) and Sile (on the west), as well as an artificial canal named Cavetta.

The majority of the city’s economy is centered on tourism. Jesolo is a coastal town with several tourist amenities and a 15-kilometer (9-mile) beach known as Lido di Jesolo. Jesolo was entertaining 6 million guests each year during the height of its tourism season. Due to competition from new resort communities, these numbers have now plummeted to roughly 4.5 million visitors each year.