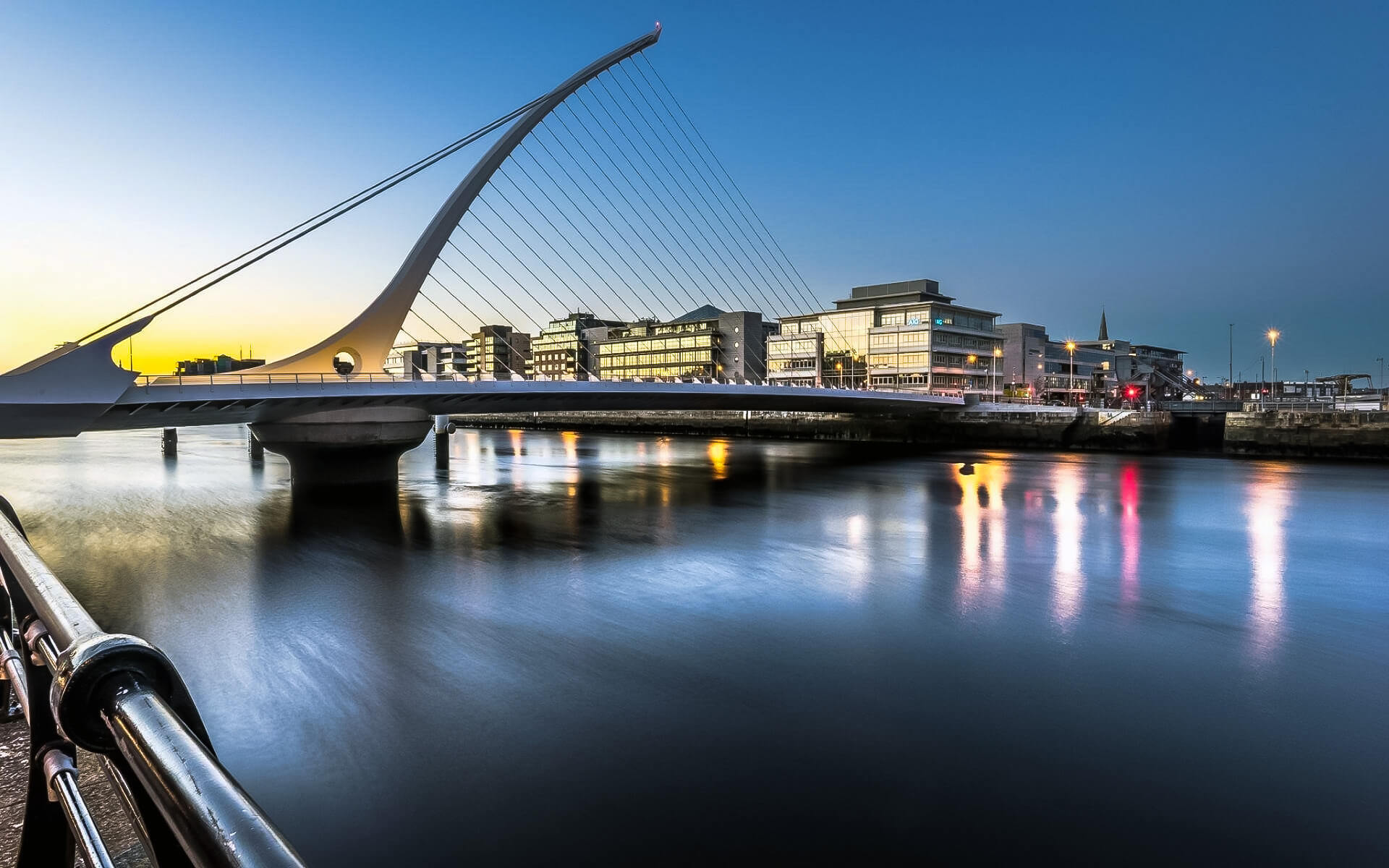 Dublin is Ireland’s capital and biggest city. The city has a population of 1,273,069 people in the metropolitan region.

Following the Norman conquest, the Kingdom of Dublin, which was founded as a Viking colony, became Ireland’s major metropolis. The city grew fast beginning in the 17th century and briefly held the title of second biggest city in the British Empire until the Act of Union in 1800. Following Ireland’s division in 1922, Dublin became the capital of the Irish Free State, which was eventually renamed Ireland.

It is both a historical and modern center for education, the arts, administration, the economy, and industry.

Dublin is Ireland’s capital city. It is the most popular entrance point for foreign travelers to Ireland because to its liveliness, nightlife, and tourism attractions.

Many landmarks and monuments in Dublin date back hundreds of years. One of the oldest is Dublin Castle, which was built as a significant defensive structure under King John of England’s instructions in 1204, soon after the Norman conquest of Ireland in 1169. Many visitors go to Trinity College, Dublin, to view the Book of Kells, which is housed in the college’s library. The Book of Kells is an illustrated manuscript made about 800 AD by Irish monks.

The Mansion House, the Anna Livia monument, the Molly Malone statue, Christ Church Cathedral, St Patrick’s Cathedral, Saint Francis Xavier Church on Upper Gardiner Street in Mountjoy Square, The Custom House, and ras an Uachtaráin are among famous sights and monuments. The Poolbeg Towers are also well-known landmarks in Dublin, and can be seen from a variety of locations across the city.

Dublin has more green areas per square kilometer than any other European capital city, with 97 percent of citizens living within 300 meters of a park.

Dublin’s climate is recognized for being moderate due to the moderating influences of the Atlantic Ocean and the Gulf Stream.

Contrary to common belief, the city is not very rainy. It receives less rainfall than London, with an annual average of 732.7mm (28.8 in). However, its precipitation is more widely distributed, thus a light shower might occur on several days.

When compared to cities in mainland Europe, Dublin’s winters are comparatively moderate — daytime temperatures normally remain around 5°C (41°F), although frost is prevalent from November to February, when nighttime temperatures drop below 0°C (32°F).

Snow does fall on occasion, although it is uncommon, and the majority of Dublin’s winter precipitation falls in the form of icy rain and sleet. The city’s lowest recorded temperature is -12°C (10°F). It should also be mentioned that the city canals froze over for the first time in years during the first week of January 2010 – a typical occurrence in the 1960s, 1970s, and 1980s. It is possible to compare Dublin’s climate to that of the northwest United States and southwest Canada, as well as most of coastal Western Europe.

Summers in Dublin are also pleasant. In July and August, the average maximum temperature is 19°C (66°F), which is significantly colder than even the coldest American towns. The warmest temperature ever recorded in Dublin is a measly 29°C (85°F), which is a regular summer day in many other regions of the globe, even at its own latitude. Don’t overdo it on the hot summer activities. Thunderstorms are also uncommon in Dublin, occurring just four days per year on average. Overall, the climate of the city is pleasant, although it is drier and colder than the western and southern sections of the island of Ireland.

Dublin is located in east-central Ireland, near the mouth of the River Liffey, and has a land area of roughly 44 square miles (115 km2). It is bounded to the south by a modest mountain range and to the north and west by flat farmland. The Liffey divides Dublin into two parts: the Northside and the Southside. Each of them is split further by two minor rivers: the River Tolka, which flows southeast into Dubin Bay, and the River Dodder, which flows northeast to the mouth of the Liffey.

Historically, a north-south separation existed, with the River Liffey serving as the barrier. The Northside was typically seen to be working class, whilst the Southside was thought to be medium to upper-middle class.

The Dublin area is Ireland’s economic heart, and it was in the forefront of the country’s fast economic growth during the Celtic Tiger era. Dublin was named the fourth wealthiest city in the world by buying power and the tenth richest by personal income in 2009.

Many historic Dublin sectors, such as food processing, textile production, brewing, and distilling, have steadily dwindled, despite the fact that Guinness has been made at the St. James’s Gate Brewery since 1759. Economic growth in the 1990s drew a huge number of multinational pharmaceutical, information, and communications technology firms to the city and Greater Dublin Area. Microsoft, Google, Amazon, eBay, PayPal, Yahoo!, Facebook, Twitter, Accenture, and Pfizer have established European headquarters and/or operating bases in the city.