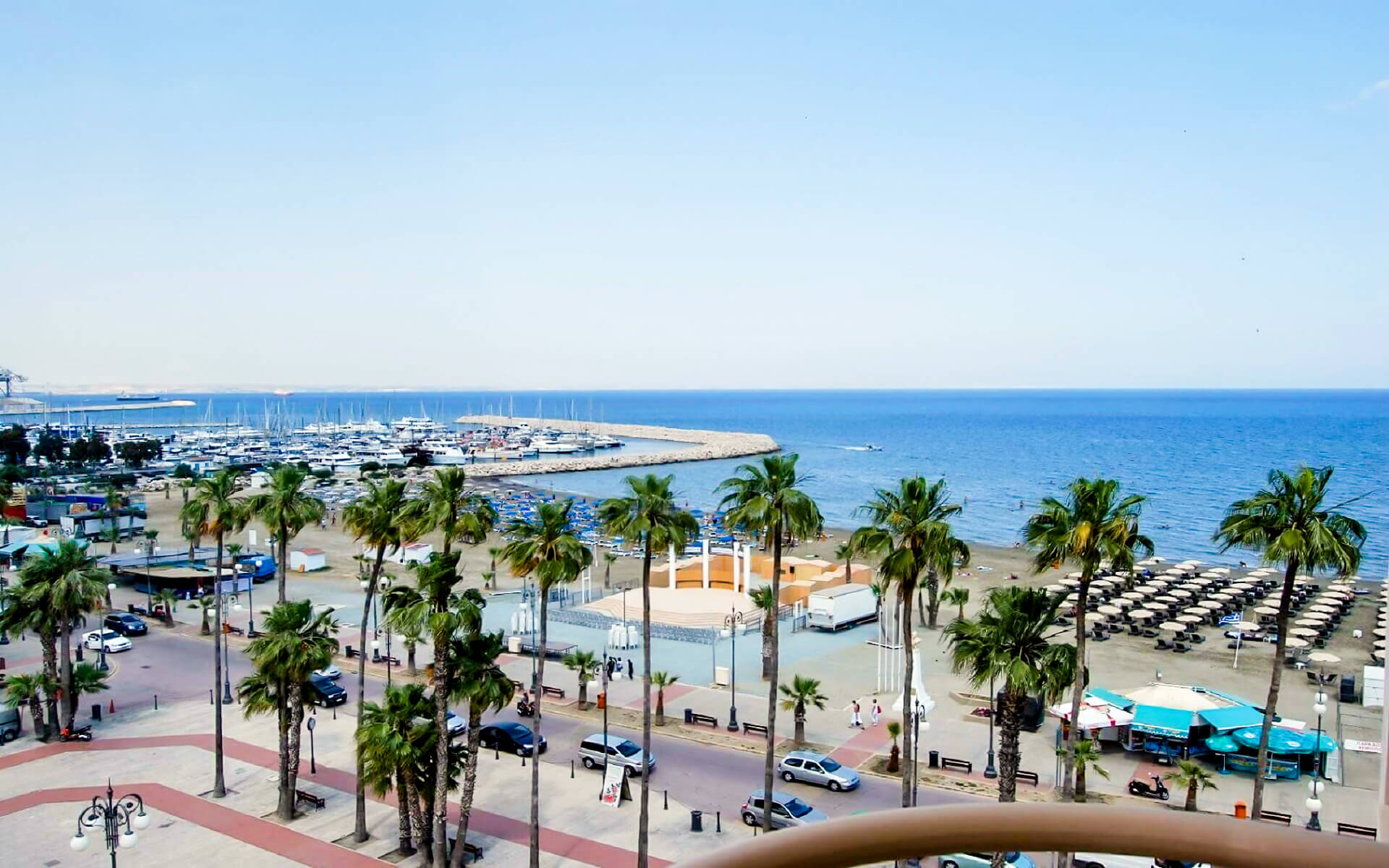 Larnaca is the capital of the eponymous district and a city on Cyprus’s southern coast. With an urban population of 84,591 people, it is the third-largest city in Cyprus, behind Nicosia and Limassol (2011).

Larnaca is famous for its palm-tree coastline, the Church of St. Lazarus, the Hala Sultan Tekke, the Kamares Aqueduct, and its ancient fort. It was constructed atop the remains of ancient Citium, the birthplace of Stoic philosopher Zeno.

Larnaca International Airport serves as the country’s principal gateway. It also has a seaport (both passenger and freight) and a marina.

Larnaca has a legitimate claim to being Cyprus’s oldest city, with evidence of settlement dating back to 6000 years.

Like other Cypriot coastal cities, modern Larnaca is separated among an ancient city core and a sprawl of hotels and restaurants along the beach.

The Church of Saint Lazarus, the Catacomb of Phaneromeni Church, Hala Sultan Tekke, the Kamares Aqueduct, and the Fort of Larnaca are among the city’s monuments.

The promenade along Athenon Avenue on the seaside is known as “Foinikoudes.” A row of palm trees (Cypriot Greek: v foinikoudes) runs along each side of it.

On the Foinikoudes Promenade, a bust of “Kimon the Athenian” stands, with this quotation alluding to him on the pedestal: “Even in death he was triumphant” (Greek: “K”).

Zeno’s marble bust lies near the American Academy at a crossroads. Zeno was born around 334 BC at Kition. He developed the famed Stoic school of thought after studying philosophy in Athens.

Athinon Avenue is home to the Armenian Genocide Memorial.

The Köppen Climate Classification System describes the climate in this region as “dry-summer subtropical,” sometimes known as “Mediterranean” and abbreviated as Csa.

During the winter, the Salt Lake fills with water and attracts flocks of flamingos, who remain from November until the end of March. In the summer, it generally dries up. It used to produce high-quality salt scraped off the dry surface. The lake’s salt is currently deemed unfit for human consumption.

Larnaca’s economy has been rising since 1975, when the loss of the Port of Famagusta, which handled 80% of general cargo, and the closure of Nicosia International Airport meant that Larnaca’s airport and ports became more significant in the island’s economy. Larnaca Airport has been upgraded to the tune of €650 million.

Three-quarters of Larnaca’s workforce is employed in the service industry, which includes tourism. Many travel and tour operators, as well as other travel-related businesses, have their headquarters in Larnaca.