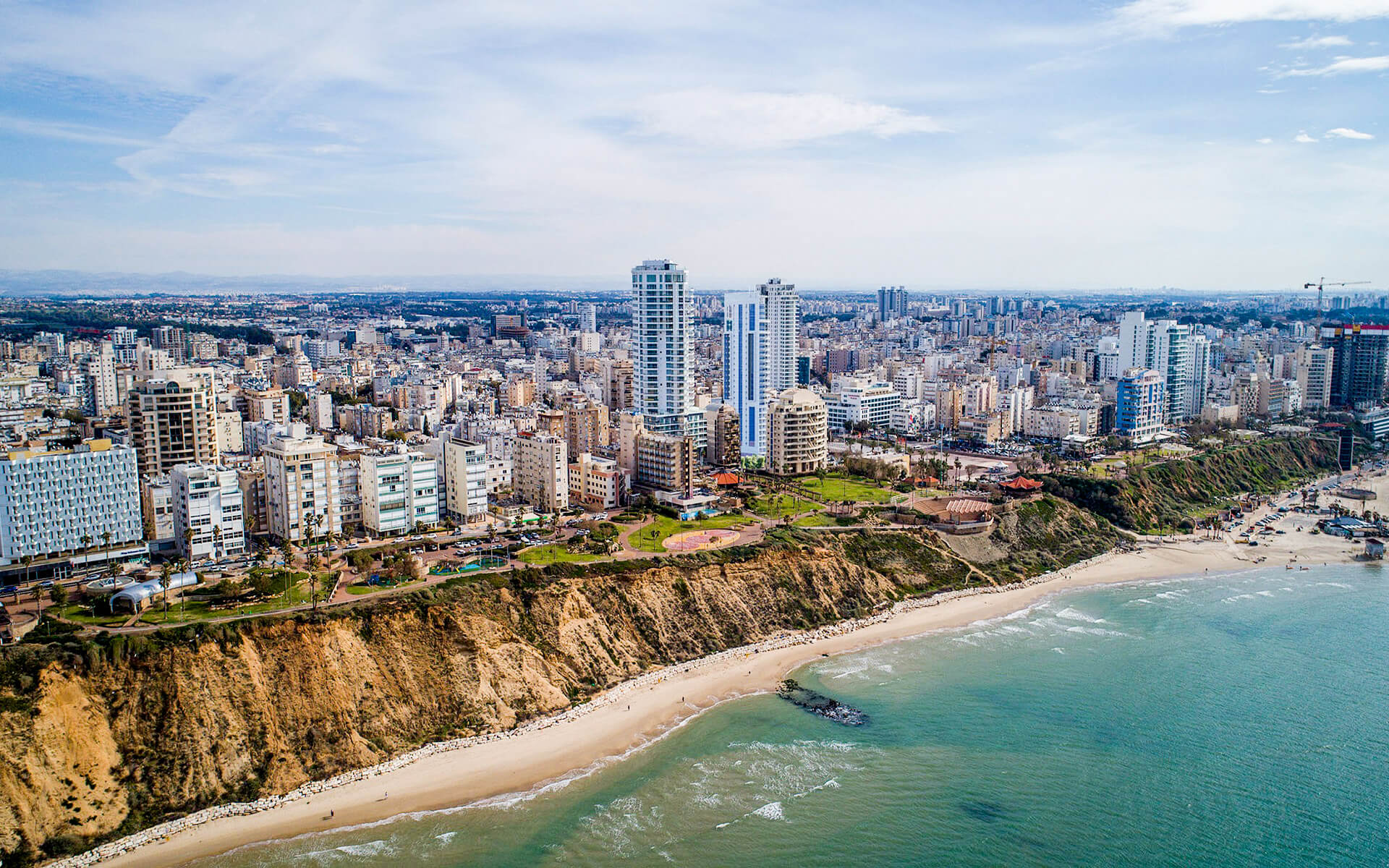 Netanya (God’s gift) is a city in Israel’s Northern Central District and the capital of the surrounding Sharon plain. It is located 30 kilometers (18.64 miles) north of Tel Aviv and 56 kilometers (34.80 miles) south of Haifa, between the ‘Poleg’ stream and Wingate Institute in the south and the ‘Avichail’ stream in the north. Nathan Straus, a notable Jewish American trader and philanthropist in the early twentieth century, was honored with the name Netanya.

The city’s 14 kilometers (8.7 miles) of beaches have made it a famous tourist destination. Furthermore, the city is well-known for its big immigrant population. Immigrants from the former Soviet Union, France, and Ethiopia make up a significant portion of the city’s population, and the city also has a sizable community of English-speaking immigrants from the United Kingdom, United States, Canada, South Africa, Australia, and New Zealand.

According to the Israel Central Bureau of Statistics (CBS), the city has a total population of 202,428 at the end of 2014. A further 150,000 people reside in local and regional councils within 10 kilometers (6 miles) of Netanya, which acts as a regional hub for them. Miriam Feirberg is the mayor of the city.

Netanya is situated in the Israeli Mediterranean Coastal Plain, which serves as a historic land bridge connecting Europe, Africa, and Asia. The city is the capital of the Sharon plain, a geographical region that stretches from the Mediterranean in the west to the Samarian hills in the east, and from the modern-day Tel Aviv metropolitan area in the south to Mount Carmel in the north. Despite being the capital of a heavily populated area, Netanya is largely isolated from communities to the north, south, and east, however expansion has merged several into what is now Netanya.

Apart from a few tiny moshavim and kibbutzim, the area south of Netanya remains mostly undeveloped until Herzliya and the beginning of the Gush Dan, Tel Aviv Metropolitan Area. Similarly, there are no big settlements to the north until Hadera, and to the east until Tulkarm in the West Bank. However, the Hefer Valley Regional Council and the local councils of Kfar Yona and Even Yehuda have a high concentration of kibbutzim and moshavim to the east of Netanya.

Netanya’s industry is mostly concentrated on four industrial parks. Poleg, in the city’s south, is the newest of them, and it has the first IKEA store in Israel, as well as various technological businesses such as LogiTag.

Tourism also contributes significantly to Netanya’s economy, with 19 hotels in the city totaling 1,452 rooms. This generates 589 jobs on average. In 2006, the hotels had an average occupancy rate of 51.7 percent. Netanya’s long beachfront and several beaches have spawned a tourism sector, which includes resort hotels, restaurants, and shopping centers.