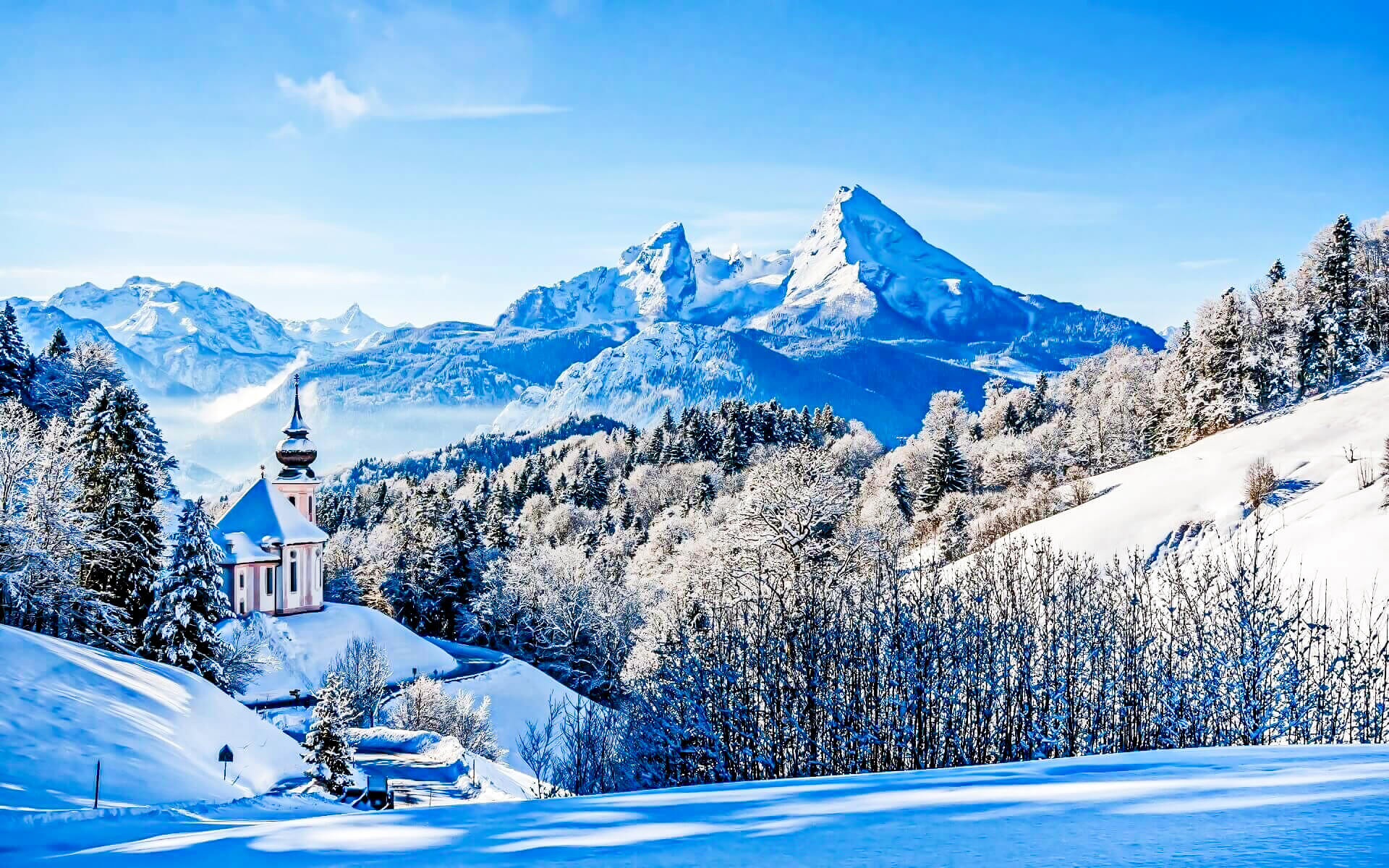 Garmisch-Partenkirchen is a ski resort in Bavaria, Germany’s southernmost state. The Zugspitze, Germany’s highest peak at 2,962 meters, lies nearby (9,718 ft.).

Garmish-Partenkirchen is a renowned tourist ski town in Germany, with excellent hiking, skiing, and biking activities. It is just a few kilometers away from the Austrian border.

The twin towns of Garmisch and Partenkirchen, with Germany’s highest peak, the magnificent Zugspitze (2962m; 9,781ft) towering above them, are by far the best renowned ski resort in Germany. This is the great Bavarian original: its architecture and atmosphere have been imitated all over the globe.

This is the essence of Bavaria. And the panorama, capped by the gigantic Zugspitze, which is located in both Germany and Austria, is stunning. There are five mountains in all, some of which are linked, as well as the only glacier skiing in Germany, which takes place on the Zugspitze itself. The adjacent settlements of Ohlstadt, Eschenloe, Farchant, and the Austrian ski resort of Oberau and its neighbors are collectively known as “Zugspitzland.”

The Garmisch-Classic ski area connects the three mountains Hausberg, Kreuzeck, and Alpspitze. The slopes of the Hausberg are mostly labelled as blue and red, suggesting easy and intermediate terrain ideal for families and beginner skiers and snowboarders.

The paths below the peak of the Alpspitze are a challenge for all skiers and snowboarders, regardless of skill level. These slopes are not only great for skiing, but they also provide a spectacular view of the surrounding mountains. Because this region is above the treeline, it provides a superb perspective of the surrounding winter beauty.

Garmisch-skiing Partenkirchen’s is spread out across a dozen different regions, some of which are in Austria and all of which are accessible with the same ‘Top Snow Card’ pass. They total about 280km (175 miles) of trail and more than 30 lifts. However, there are few huge ski slopes, rather a great number of smaller regions, and many of the lifts are surface drags. Having said that, the Zugspitze represents the highest skiing in Germany and the country’s only glacier skiing, with trails reaching 2600 meters (8,530 feet), though the new Zugspitzbahn goes higher, up an incredible face of sheer rock from 1000 to 2950 meters (3280 – 9680 feet), but the upper section is not skiable.

The eight surface lifts and one six-person chair up here, which serve largely intermediate terrain, are also accessible by the older funicular train, which runs down a lengthy tunnel under the mountain before emerging at the snowfield, a magnificent feat of engineering. This is also the train that many people ride from Garmisch-Partenkirchen to the Zugspitze cable car base.

The ski slopes of the Alpspitz (top lift 2050 metres / 6730 feet) and the just lift-linked Kreuzeck, as well as the Hausberg skiing region, are closer to Garmisch – Partenkirchen and may also be accessed by funicular before taking the corresponding cable-car up the mountain. These three mountains are linked and create a single skiing area with 40 kilometers of groomed and protected slopes serviced by four cabin cable cars, four chairlifts, and seven T-bar lifts.

Keuzeck begins where the snow line stops, at the foot of the Alpspitz region, and is only connected by a lift. From there, ski back down through the forest to the base station at 750 metres (2460 feet) – the area’s greatest drop. Snow manufacturing on this route helps to supplement the possibly inconsistent snow cover at lower elevations. The majority of the trails will once again appeal to intermediates.

The fourth area at Eckbauer, located above the famed ski jumps, is connected by a ski touring path, and both provide skiing inside the tree line by lifts from the town’s outskirts. Although there are a number of blues appropriate for novices, the highest lifts are at Wank at 21780 metres (5850 feet). Among the dozen additional alternatives on the Happy Ski card, the finest are Mittenwald in Germany, Seefeld in Austria, and the massive verticals at Ehrwald and Lermoos in Tyrol.

Although many of the ski area lifts are drags, the larger lifts that cover the biggest amounts of vertical are all boarder friendly cable cars and funiculars. On the Zugspitze plateau, there is a snowsure amusement park with rails.

Other man-made features may be seen in the Ehrwalder Alm (above Ehrwald, on the area pass), as well as Seefeld and Lermoos. Kranzberg near Mittenwald has a Funbox, wave ride, and half pipe, while Karwendel has a half pipe and quarter pipe. Erwin Gruber’s devoted snowboard school in Garmisch-Partenkirchen produces a brochure with photographs of ‘boarders tied to their backs with aviation turbo-props attached to their backs for more power – an experience not to be missed by the serious pro.

Garmisch-Partenkirchen is a bustling town with a lot going on. Aside from the 100 restaurants, most of which have their own bars, there are another 30 or so pubs and a half-dozen specialized discothèques to attend till the early hours. The Gemütlichkeit refers to the locals’ welcoming attitude toward guests. The casino attracts a lot of people, but you don’t have to wait until après ski to bet since it opens at 1pm every day. The facility was expanded in 1997 and currently has 115 slot machines as well as conventional gaming tables.

Other nighttime entertainment options include two cinemas, frequent classical music performances, and celebrity visits at the Kleines Kurtheatre. There are also comedy and folklore shows in the Peasant’s Theatre and the Bayernhalle. Spectators may see ice shows and hockey games at the Olympic rink.

Garmisch-Partenkirchen is well-known for its challenging World Cup runs. Beginner skiers, on the other hand, will not be bored. Both the Classic and Zugspitze ski areas provide beginner slopes, however the Zugspitze ski area is better suited to strong beginners.

There are 18km of beginner-friendly runs, including 3km at Eckbauer, 10km at Hausberg/Alpspitze, and 2km on the glacier. The Hausberg section (1,340 metres (4,396 ft.) in the Classic area offers the most novice pistes, however strong beginners will find skiing on the glacier well beyond their grasp.

The beginner pistes in the Hausberg region are serviced by a quad chair and a few surface lifts. The runs aren’t very memorable, and unless novices wish to go into a red run, they’ll be confined to the Hausberg region. The remaining blue pistes further up the region are all serviced by lifts, the base stations of which must be reached by skiing a red run. Furthermore, there is no summit to base blue run, thus novices must download on the Hausbergbahn. This arrangement may make some newcomers feel constrained.

Many of the red runs in the Zugspitze region are on the easier end of the range. In fact, we had trouble distinguishing between the red and blue pistes on the glacier. Skiing on the glacier is unusual, and most novices will like the experience of riding the Zugspitzebahn cog-railway through the mountain (just follow the signs for the “Zahnradbahn”).

Garmisch is popular among intermediate skiers. Long pistes stretch over massive steep drops making the Classic section a favorite among intermediates. On clear days, the above-treeline glacier runs in the Zugspitze region should not be missed.

The Classic region features the most extensive and outstanding collection of intermediate runs. Skiing 1300 m (4,265 ft.) from the top of the Alpspitzbahn to the bottom is feasible. Three previous downhill courses (Olympia, Kochelberg, and Standard-Tonihutte) descend 600m in a straight line. The Olympic downhill race was held in the Olypmia Olympics in 1936. Lapping these three pistes allows for a lot of vertical, and they’re so fun that many first-timers bypass some of the more interesting intermediate lines near the Classic area’s peak.

A sprint down Bernadein is especially recommended. This route, which has its own surface lift, dips through a tight mountain gap before expanding up into a large piste between two towering rockfaces.

The Zugspitze region is an intermediate’s dream. The glacier boasts around 15 kilometers of relaxing wide-open skiing above the treeline. The runs are on the easier end of the red scale, and strong novices will find many of them doable. The glacier has no difficult runs, so intermediates may explore the whole region. Whether you’re taking the Zugspitzebahn up the mountain, be sure to check to see if the Riffelriss run is available. When it is, disembark at Riffelriss station and ski this often-overlooked red route back down to the Eibsee Zugspitzebahn train station.

More skilled skiers will wish to attempt the famous Kandahar run, as well as the other challenging lines at Kreuzek, such as Olympia and Trögellifthang.

The Kandahar, with its 940-metre (3,084-foot) vertical drop, is the resort’s trademark run (3.7 km/2.3m), yet few skiers would want to attempt to break the sub-two-minute record time for its descent. There is a very difficult descent from the summit of the Zugspitze to Ehrwald in Austria, which should only be attempted with the assistance of a guide. The wooded gullies below the Sonnenalm Lodge at Wank, Partenkirchen’s only local skiing, are suitable for expert skiers who don’t mind trekking up to grab some nice off-piste and powder.