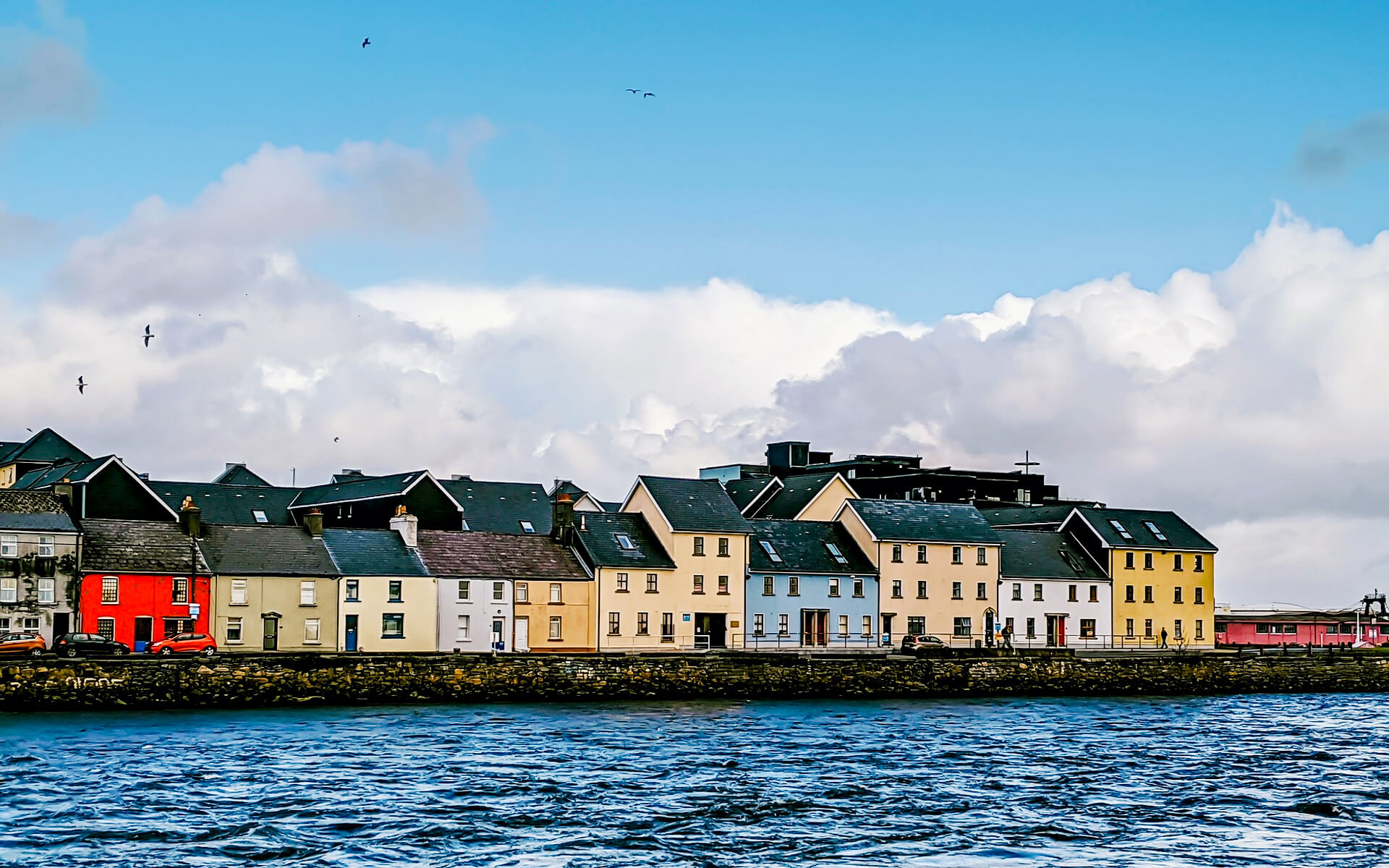 Galway (Irish:Gaillimh) is a city in the province of Connacht in western Ireland. Galway City Council is the city’s municipal government. Galway is bordered by County Galway and is located on the River Corrib between Lough Corrib and Galway Bay. It is the fourth most populated urban area in the Republic of Ireland and the island’s sixth most populous city.

Galway city has a population of 75,528 people, according to the 2011 Irish Census, however the rural county agglomeration is much larger.

Galway share the title of European Capital of Culture with Rijeka, Croatia, for 2020.

Galway, often known as the City of the Tribes, is a major tourist destination and a gateway to the county’s picturesque surroundings. Galway was dominated by the main fourteen merchant families, known as “tribes,” beginning in the 15th century. Athy, Blake, Bodkin, Browne, D’arcy, Deane, Font, ffrench, Joyce, Kirwan, Lynch, Martin, Morris, and Skerritt were the names of these predominantly Anglo-Norman families. Only two of the families were of Celtic descent.

Many castles were erected by the families across County Galway. The names of these early “tribes” may be found on many streets and landmarks.

Galway is a vibrant city with a vibrant nightlife. It lacks traditional tourist attractions like museums, but the picturesque pedestrianized streets and countless bars and cafés will keep you entertained.

Because to the predominant winds of the North Atlantic Current, Galway has a pleasant, damp, temperate, and variable climate all year. Temperature extremes are uncommon in the city, with temperatures seldom falling below 0 °C (32 °F) or rising over 30 °C (86 °F). The city gets an average of 1,156 millimetres (45.51 in) of precipitation each year, which is spread equally throughout the year. The city’s average January temperature is 5.9 °C (43 °F), while its average July temperature is 15.9 °C (61 °F). According to the Köppen climatic classification system, Galway, like the rest of Ireland, has a Maritime Temperate climate (Cfb). While severe weather is uncommon, the city and county might encounter severe windstorms as a consequence of strong Atlantic depressions that pass through Ireland’s northwestern coast on occasion. The majority of these storms strike between late October and early spring. Galway enjoys lengthy summer days due to its northerly position and longitude. Daylight begins before 04:00 and ends after 23:00 in summertime. In the middle of winter, daylight begins around 08.49 and ends at 16:19.

Connacht’s capital is Galway City. In recent years, the city has grown at a breakneck pace. Galway has a robust local economy with complementing commercial areas including as manufacturing, tourism, retail and distribution, education, healthcare, and financial, construction, cultural, and professional services.

The majority (47 percent) of Galway’s workforce is engaged in the commercial or professional sectors, with a sizable (17 percent) being working in manufacturing. Because of the Celtic Tiger economic boom, much industry and manufacturing in Galway, like the rest of Ireland, is hi-tech (e.g., ICT, medical equipment, electronics, chemicals, etc.). Tourism is also very important to the city, which had over 2.1 million visitors in 2000 and generated over €400 million in income.