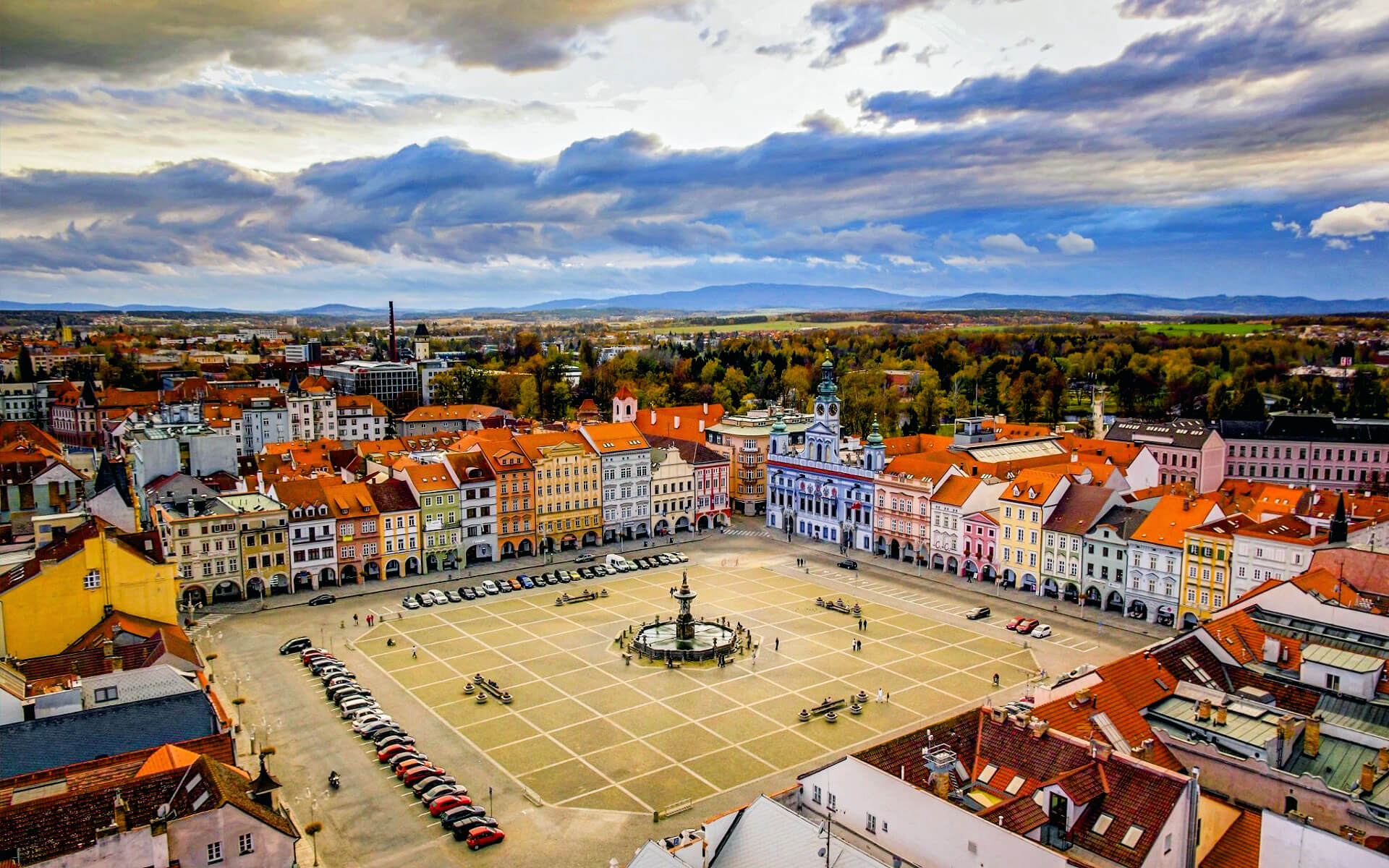 In the Czech Republic, České Budějovice is a statutory city. It is the biggest city in South Bohemia, as well as the region’s political and commercial centre, as well as the seat of the Roman Catholic Diocese of České Budějovice, the University of South Bohemia, and the Academy of Sciences. It is situated in the midst of the Vltava River valley, at the confluence with the Male.

České Budějovice, in the ancient province of Bohemia, should not be confused with Moravské Budjovice, in Moravia.

České Budějovice (sometimes known as Budweis in German or English) is a city in the Czech Republic’s South Bohemia region. Since then, the town has expanded into a major metropolitan center. It is the biggest town in the South Bohemia area, with a population of around 96,000 people.

The picturesque town of Holaovice, only 16 kilometers west of České Budějovice, is a UNESCO World Heritage Site with a well-preserved traditional Baroque core.

The Czech King Premysl Otakar II constructed this South Bohemian town in 1265 at the confluence of the Vltava and Malse Rivers. The Premysl Otakar II Square, measuring 133×137 m, is one of the biggest in Bohemia, featuring arcades and a variety of Gothic, Renaissance, and Baroque burgher’s residences. Other notable local landmarks include the Town Hall, the Samson’s Fountain, and the 72-metre-high Black Tower, which offers a stunning perspective of the town and its surrounds.

If you want to avoid the crowds in Prague or neighboring Krumlov, this is a fantastic spot to visit. Its well-developed transportation connections make it an ideal starting point for exploring the surrounding area. There are various ancient cities and villages nearby, as well as numerous hiking routes and a wide network of cycling paths. The most well-known cycling route is No. 12, which links the towns of České Budějovice and Hluboká nad Vltavou.

Budweis has a temperate Oceanic climate (Cfb) that is colder and wetter inland, with an average annual temperature of 8.3 °C (46.9 °F). There are four distinct seasons, beginning with a murky dry winter between early December and early March, followed by a sunny and wetter spring from half of March to half of May, followed by a rainy and warm summer from late May to early September, followed by a dry autumn lasting until late November. Most years, there are between 1550 and 1800 hours of daylight.

Low-lying city spreads mostly in the plains making it nearly flat in the inner parts with hillier areas in the eastern suburbs. The lowest point lies 375 meters ASL (1233 feet) and the highest point at 452 meters ASL (1483 feet).