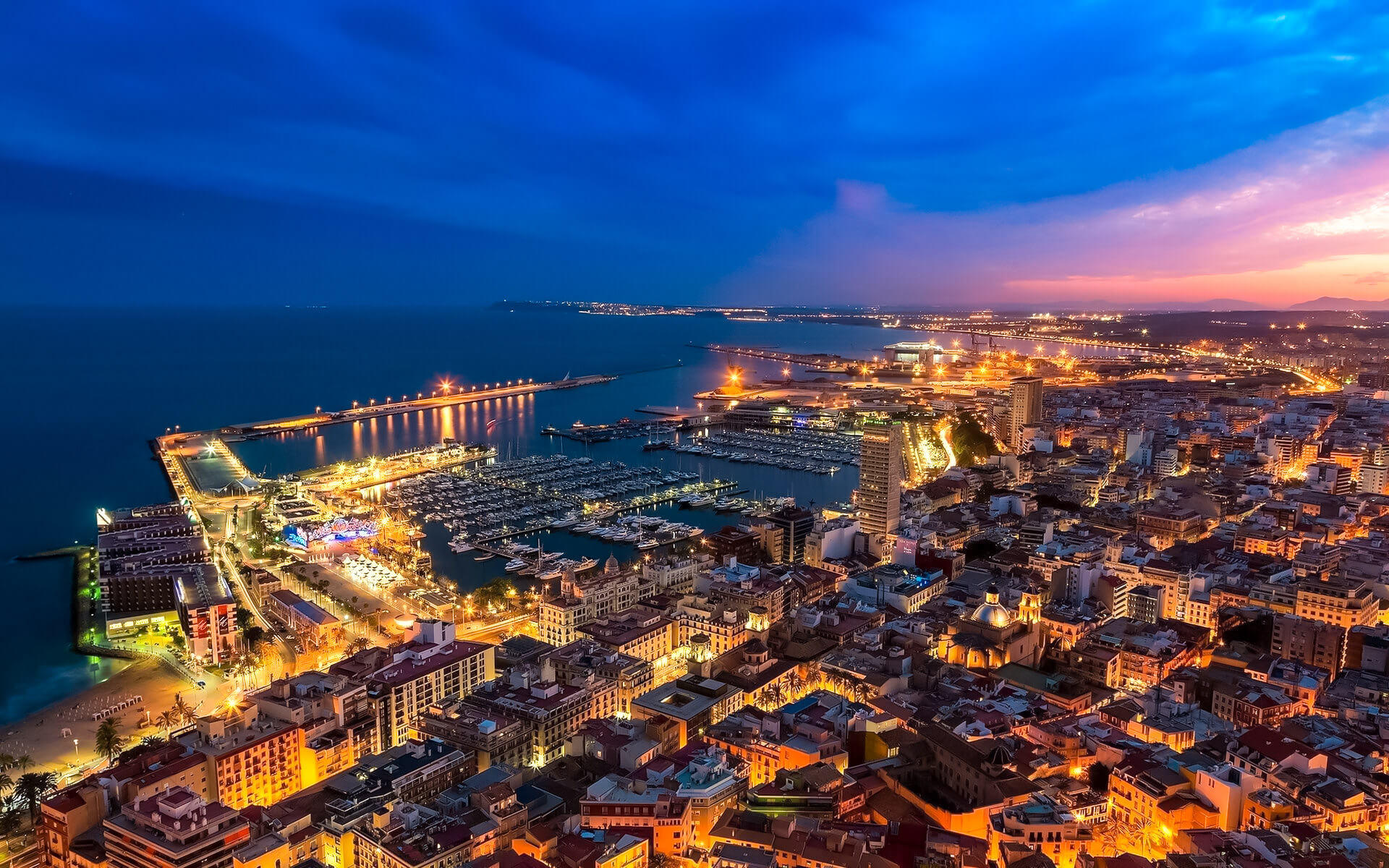 Valencia is the capital of the autonomous community of Valencia and the third biggest city in Spain after Madrid and Barcelona, with an administrative population of over 800,000 people. With a population of roughly 1.5 million people, its urban area stretches beyond the formal city borders. Valencia is Spain’s third most populous metropolitan area, with a population of 1.7 to 2.5 million people. Valencia is Europe’s fifth busiest container port and the Mediterranean Sea’s busiest container port. In the Globalization and World Cities Research Network, the city is rated Gamma.

Valencia was established in 138 BC as a Roman colony. The city is located on the Turia River’s banks on the east coast of the Iberian Peninsula, facing the Mediterranean Sea’s Gulf of Valencia. With roughly 169 hectares, Valencia’s historic center is one of the biggest in Spain; this wealth of historical structures, scenery, and cultural attractions makes Valencia one of the country’s most popular tourist destinations.

Valencia is part of an industrial zone on the Costa del Azahar (Orange Blossom Coast). The Falles is Valencia’s major festival. Paella, a typical Spanish dish, developed in Valencia.

Valencia, the capital of the Valencian Autonomous Community of Spain, is a fascinating historic city that is well worth a visit. It is the third most important and populous city in Spain, and the 15th in the European Union, with 810,064 residents in the city proper and 1,832,270 in the Metropolitan Area (INE 2008). It is located on the Mediterranean Sea about four hours south of Barcelona and three hours east of Madrid. Valencia is well-known for its Fallas Festival in March, for being the origin of paella, for hosting the “2007 & 2010 America’s Cup,” and for the huge architectural project The City of Arts and Sciences by Santiago Calatrava.

The river Turia formerly passed through the city center, but it was rerouted and replaced with a lovely park. On a beautiful day, this is a great area to spend whatever spare time you have in the city.

Valencia hosted the America’s Cup in 2007 and 2010. This, together with the creation of the “City of Arts and Science” by famous architect and Valencian Santiago Calatrava, has transformed Valencia into a city in transition. Massive building and renovation over the past ten years have transformed a once-underappreciated middle city into a meatier and more fascinating destination.

Despite its location on the Mediterranean Sea, people used to remark that “Valencia has always lived with its back to the sea,” implying that the city’s essence and center are not necessarily merged with its beach. The beach is not especially near to the city center or the most popular areas. However, the development of the city esplanade in the 1980s, as well as the marina and the reintroduction of the tram to the marine districts, have helped to soften this position.

Valencia was built by the Romans and ruled by the Moors from the eighth to the thirteenth centuries (with a short interruption by El Cid). Moors who had converted to Catholicism were exiled from the city in 1609. During the 1930s Spanish civil war, Valencia served as the capital of the Republic, which was finally defeated by Franco’s army.

Valencia Cathedral, the Torres de Serrans, the Torres de Quart (es:Torres de Quart), the Llotja de la Seda (declared a World Heritage Site by UNESCO in 1996), and the Ciutat de les Arts I les Ciències (City of Arts and Sciences), an entertainment-based cultural and architectural complex designed by Santiago Calatrava and Félix Candela, are among the major monuments. The Museu de Belles Arts de València has a substantial collection of paintings ranging from the 14th to the 18th century, including works by Velázquez, El Greco, and Goya, as well as an important series of engravings by Piranesi. The Institut Valencià d’Art Modern (Valencian Institute of Modern Art) features both permanent and changing exhibitions of contemporary art and photography.

Tourist Info Valencia. All offices offer the Valencia Tourist Card, as well as tickets to numerous sites, and can assist with restaurant and concert bookings, as well as arranging bus, cycling, and walking excursions.

Summer – August is a sluggish month in most European nations since many citizens are on vacation. Valencia is particularly hot and humid at this time of year, with temperatures averaging 30-35°C (86—95°F) during the day and 20-25°C (68—77°F) at night.

Fall – September and October are busier months, and the weather allows for beach visits. During this season, significant occurrences occur.

Winter – Although temperatures remain warm, it is too chilly to tan at the beach. The rare day reaching approximately 20°C (68°F) in the midst of this season is not uncommon. Sidewalk cafés used to be open all year.

Spring is a beautiful season to explore. The yearly “Fallas de San José” celebrate the unofficial start of spring. Cafes and eateries open their patios, and activity returns to the street.

Valencia is situated on the Turia River’s banks, on the eastern coast of the Iberian Peninsula and in the western section of the Mediterranean Sea, fronting the Gulf of Valencia. It was founded by the Romans on a river island in the Turia, 6.4 kilometers (4 miles) from the sea. The Albufera, a freshwater lagoon and estuary approximately 11 kilometers (7 miles) south of the city, is one of Spain’s biggest lakes. The lake was purchased from the Crown of Spain by the City Council in 1911 for 1,072,980 pesetas, and it now constitutes the majority of the Parc Natural de l’Albufera (Albufera Nature Reserve), with a surface area of 21,120 hectares (52,200 acres). Because of its cultural, historical, and ecological significance, the Generalitat Valenciana designated it a natural park in 1986.

Valencia has had substantial economic growth over the previous decade, most of which has been driven by tourism and the building sector, as well as the development and extension of telecommunications and transportation. The city’s economy is service-oriented, with roughly 84 percent of workers engaged in service-related professions. Nonetheless, the city has a significant industrial basis, with 5.5 percent of the population engaged in this sector. Agricultural activities continue in the municipality, but on a modest scale, with just 1.9 percent of the working population engaged in agriculture and 3973 hectares planted mostly in orchards and citrus groves.

Valencia has been one of the Spanish areas most impacted by the crisis from its inception in 2008, and has been unable to slow down an increasing unemployment rate, mounting government debt, and so on. The local government has implemented severe budget cutbacks.

Valencia was the 29th fastest growing city in Europe in 2009. Its impact in trade, education, entertainment, media, fashion, science, and the arts adds to its standing as a “Gamma”-rank global city.

The Ford Motor Company’s huge facility is located on the city’s outskirts, at Almussafes.

Valencia’s port is the largest on the Mediterranean’s western coast, ranking first in Spain in container traffic in 2008 and second in overall traffic, handling 20% of Spain’s exports. Food and drinks are the most important exports. Oranges, furniture, ceramic tiles, fans, textiles, and iron goods are among the other exports. Valencia’s industrial industry is centered on metallurgy, chemicals, textiles, shipbuilding, and brewing. Small and medium-sized enterprises form an important element of the local economy, and unemployment was lower than the Spanish average prior to the present crisis.

Internet terminals are available for 2 Euros per hour at the main tourist information on the east side of the Plaza de la Reina in front of the cathedral, as well as at the cyber café on the Calle de Cerrajeros. 1 Euro per hour at Chinese restaurants on Calle de Pelayo, west of the railway station. Free WiFi is available at McDonald’s in Plaza de la Reina, as well as many other restaurants and cafés.