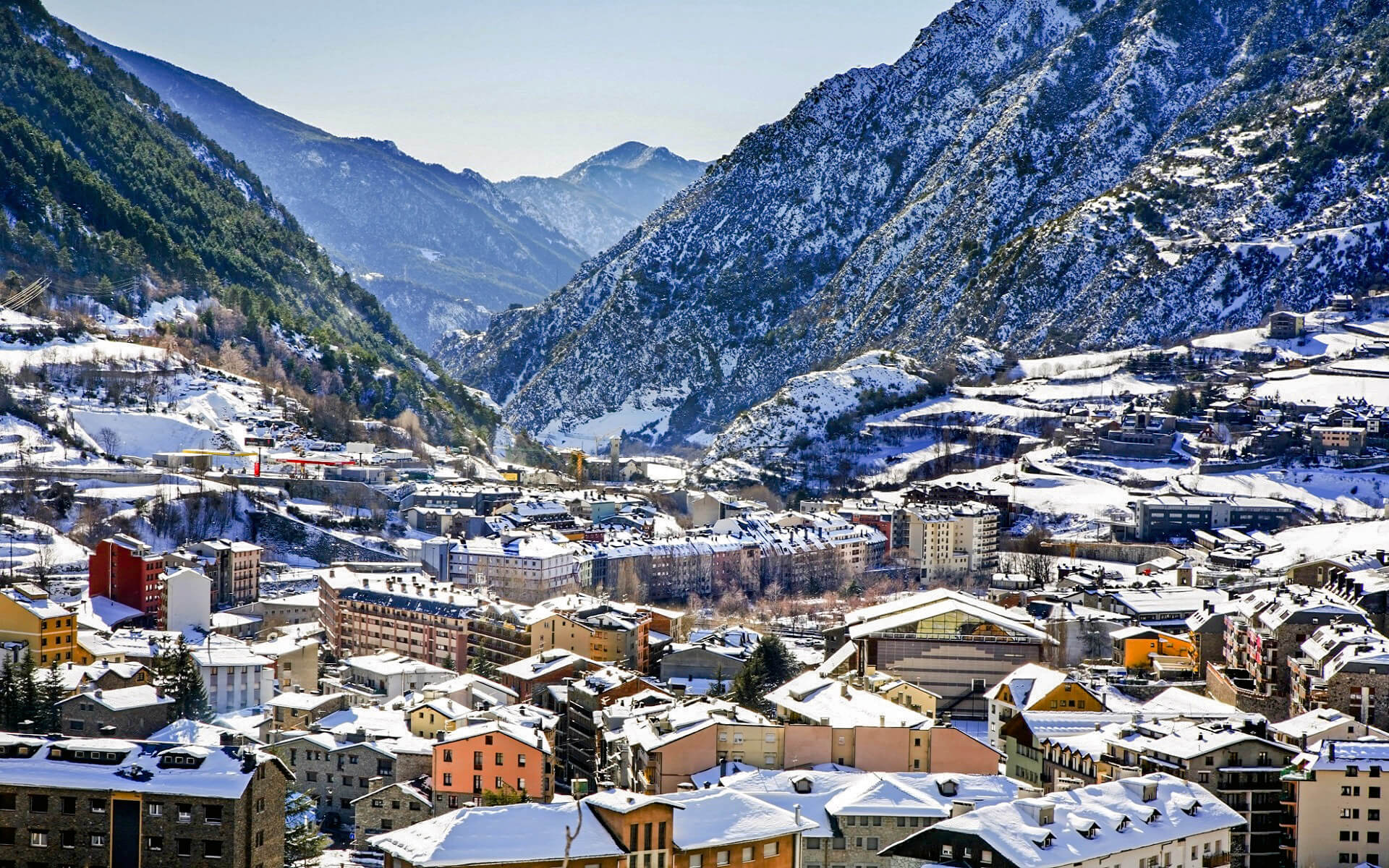 Andorra la Vella is the capital of the Principality of Andorra, situated high in the east Pyrenees between France and Spain. It is also the name of the parish that surrounds the capital.

The primary sector is tourism, although the nation also receives foreign cash as a tax haven.

Tourism has brought significant wealth to Andorra, and it is currently the primary source of revenue.

Visitors travel to Andorra each summer, especially from France and Spain, to attend fairs and festivals, to purchase consumer goods at cheaper rates than in surrounding countries, and to enjoy the nice weather and magnificent landscape.

In the winter, skiing is available at Pas de la Casa and Soldeu.

The climate of Andorra la Vella is oceanic, with moderate summers and cool to cold, icy winters.

For many months, the northern valleys have been fully covered with snow. The rainiest months are April and October. The humidity level is really low.

Summers are either hot or moderate, depending on altitude.

There are significant differences in maximum day and night temperatures.

Andorra la Vella is situated in the southwest corner of the country, at the confluence of two mountain streams, the Valira del Nord (Northern Valira) and the Valira de l’Orient (Eastern Valira), which merge to create the Gran Valira.

The 10 million visitors that arrive each year account for 80 percent of the country’s GDP.

The city is also a hub for the various banks and enterprises that benefit from the city’s tax haven status.

Andorra is a well-connected nation that has embraced the Internet. The Internet has almost as many subscribers as landline phones. Free public wifi is accessible in many large cities, and many eateries provide it as well.

Andorra is reliant on the postal networks of Spain and France. Both have their headquarters in Andorra La Vella.