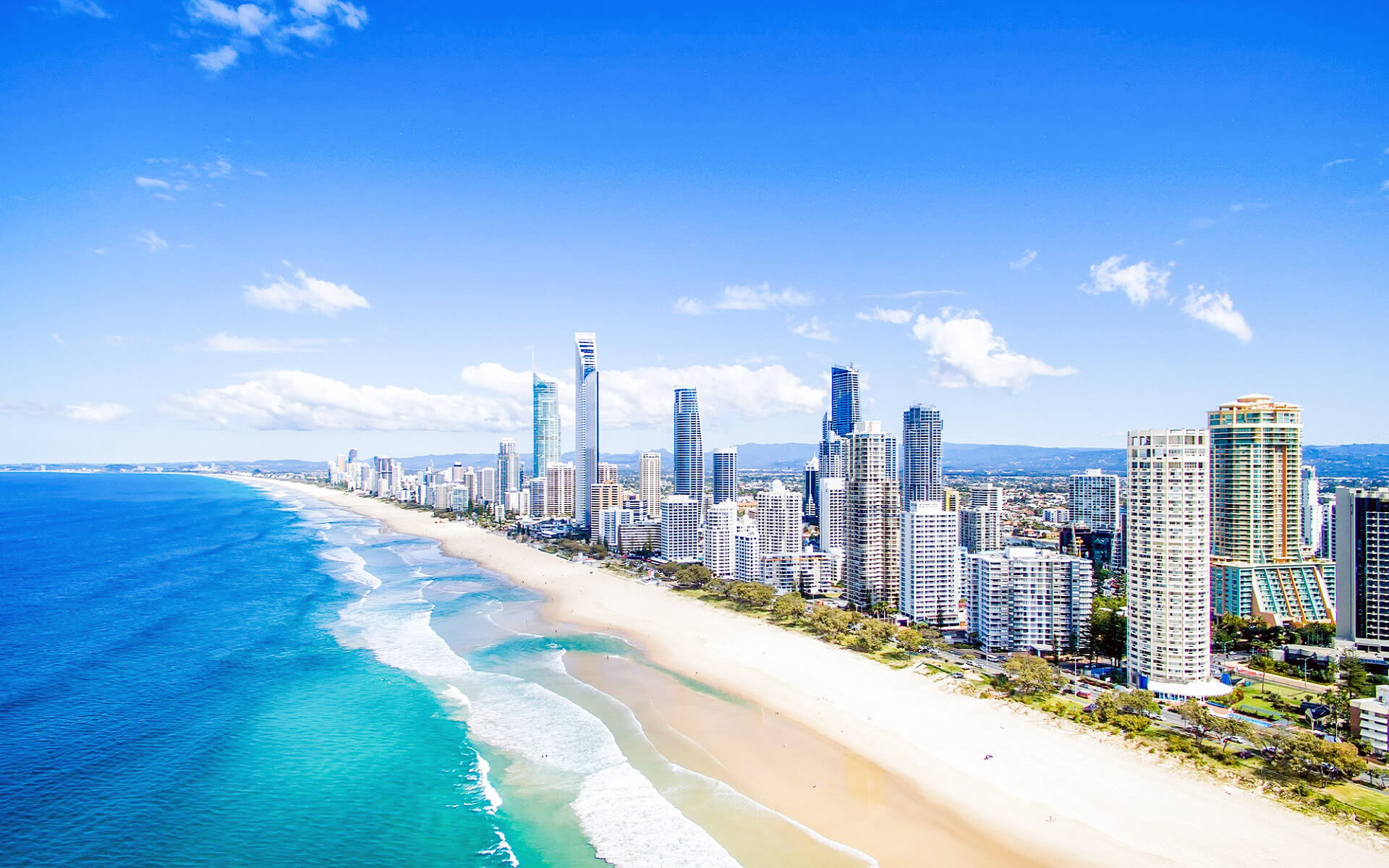 The Gold Coast is a seaside city in South East Queensland on Australia’s east coast. It is the state’s second most populated city, the most populous non-capital city, part of the country’s sixth most populous urban region, and part of Australia’s biggest cross-state metropolitan area. The northernmost point of the city, Ormeau, is 42 kilometers south-east of Brisbane’s central business district, and the metropolitan region stretches south down the coast to Tweed Heads, New South Wales. The Gold Coast metropolitan region merges with that of Greater Brisbane, constituting part of a 3 million-person urban conurbation.

Redcliffe was the first settlement in what is now South East Queensland, and it was a penal colony. Until 1823, when explorer John Oxley arrived at Mermaid Beach, the Gold Coast area was entirely unoccupied by Europeans. The abundance of red cedar in the hinterland drew people to the region in the mid-nineteenth century. Southport was surveyed and developed later in 1875, and it quickly gained a reputation as a quiet vacation resort for rich Brisbane people.

Following the creation of the Surfers Paradise hotel in the late 1920s, the Gold Coast area expanded substantially. The region developed as a top tourist destination in the 1980s, and in 1994, the City of Gold Coast local government area was enlarged to incorporate the bulk of the Gold Coast’s metropolitan area, making it Australia’s second most populated local government area after the City of Brisbane. With its sunny subtropical environment, surfing beaches, canal and waterway systems, high-rise dominated skyline, theme parks, nightlife, and rainforest hinterland, the Gold Coast is now a prominent tourist destination, with tourism being one of its most important sectors. The 2018 Commonwealth Games will be held on the Gold Coast.

Every year, around 10 million tourists visit the Gold Coast region, including 849,114 overseas visitors, 3,468,000 domestic overnight guests, and 5,366,000 daytrip visitors. Tourism is the region’s largest industry, directly contributing more than $4.4 billion to the city economy each year and directly accounting for one in every four jobs. The city has approximately 65,000 beds, 60 kilometers (37 miles) of beach, 600 kilometers (370 miles) of canal, 100,000 hectares of nature reserve, 500 restaurants, 40 golf courses, and 5 major theme parks. There have been several possibilities and plans for additional theme parks beyond the present five.

The Gold Coast’s climate guarantees that visitors may enjoy the region all year. It has a moderate, subtropical climate, with January highs of 29°C and July highs of 21°C. The winter months get minimal rainfall, whilst the summer months feature frequent storms from the west.

When planning your days on the Gold Coast, keep in mind that rain forecasts often correlate to sudden and strong afternoon storms, rather than long periods of mild rain.

With a population of 550,000 people, the Gold Coast is a significant metropolitan region. The Gold Coast’s infrastructure, facilities, services, and labor market are shared with Brisbane to the north. Workers often travel between the two via train and car.

Unfortunately, many visitors consider Surfers Paradise is an overdeveloped ‘tourist trap’ because of its highrise structures and crowds. However, the majority of these structures are local residences. There are also various businesses and enterprises in the city that are not directly tied to tourism.

The more well-known Gold Coast spans along the coastal suburbs from Paradise Point to Tweed Heads (about 35km). Surfers Paradise, located at the northern end, is the center of the recreational activities.

Gold Coast City has developed from a tiny coastal tourist resort to Australia’s sixth biggest city (and the country’s most populated non-capital city) in the last fifty years. With a 5-year annual average population growth rate of 3.4 percent, compared to 1.2 percent for Australia, the city is presently regarded Australia’s fastest growing big city, located inside South East Queensland’s boom corridor. Gross Regional Product increased by 61 percent from A$9.7 billion in 2001 to A$15.6 billion in 2008. With about 10 million tourists to the region each year, tourism remains critical to Gold Coast City’s economy. Historically, the economy was driven by population-derived businesses like as construction, tourism, and retail. Diversification has occurred, and the city currently has an economic foundation comprised of maritime, education, information communication and technology, food, tourist, creative, environmental, and sports businesses. The City of Gold Coast Council has designated these nine sectors as critical to the city’s economic growth. The unemployment rate in Gold Coast City (5.6%) is lower than the national average (5.9 per cent).

Many lodging establishments provide free Wi-Fi to its visitors. Other Wi-Fi hotspots include McDonald’s and Hungry Jack’s restaurants, as well as coffee shops like Starbucks and Gloria Jean’s. Except for Mudgeeraba and the mobile library, all Gold Coast City Branch libraries provide free Wi-Fi.

Oman, formally the Sultanate of Oman, is an Arab nation on the Arabian Peninsula’s southeastern coast. The country is bordered to the northwest by...
Read more

Vanuatu is a Pacific island country in the South Pacific Ocean. Its official name is the Republic of Vanuatu. The volcanic archipelago is located...
Read more

Almaty, formerly known as Alma-Ata, is Kazakhstan’s biggest city, with a population of 1,703,481 people, accounting for 9% of the country’s total population. According...
Read more

Rwanda, formally the Republic of Rwanda, is a sovereign state in central and east Africa and one of the continent’s smallest republics. Rwanda is...
Read more