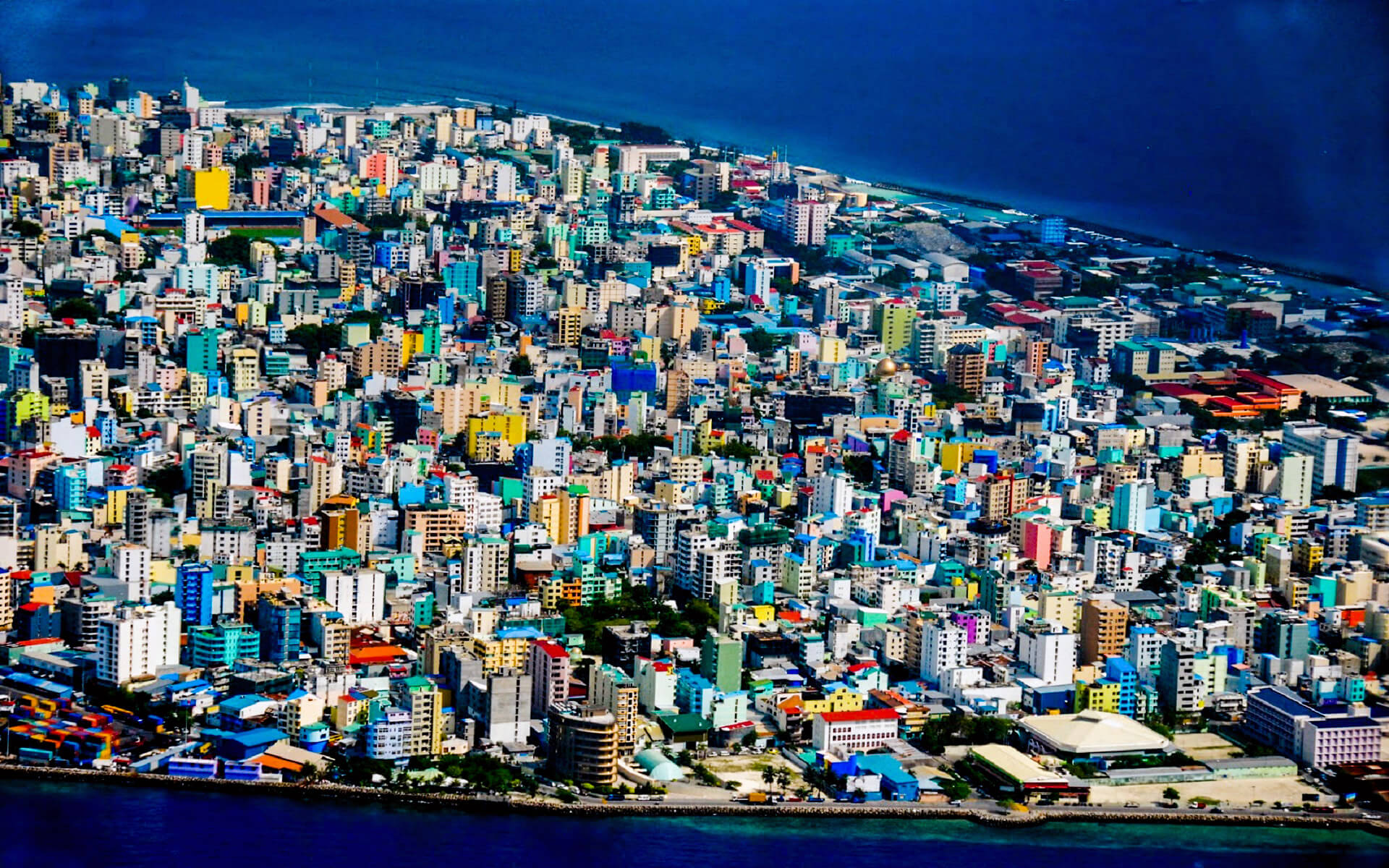 Malé is the capital and the most populated city of the Maldives. It is also one of the world’s most densely inhabited cities, with a population of 153,379 on an area of 5.8 km2.

The city is situated on the southernmost tip of North Malé Atoll (Kaafu Atoll). The city is divided into three administrative islands: the center island, the airport island, and two smaller islands overseen by the Malé City Council.

It was formerly known as the King’s Island, from which old royal dynasties governed and from which the palace was situated. Mahal was the name given to the city during the time. It was formerly a walled city encircled by defenses and gates. The Royal Palace, along with the magnificent forts and bastions, were demolished when the city was rebuilt in the aftermath of the monarchy’s overthrow during President Ibrahim Nasir’s leadership. The Malé Friday Mosque, on the other hand, has not been demolished.

The island has grown significantly in recent years as a result of land-filling works. Malé has been the site of several political demonstrations and historic events throughout the years.

Male is 1.7 km long and 1.0 km broad, yet with more than 116,000 people jammed onto it, it is considered the world’s densest city by some. The new island of Hulhumalé, located between Male and Hulhule, is being reclaimed from the sea to give much-needed more space.

Male is often disregarded by travelers as a basic transit stop with “nothing to do,” and it is not a party destination. It does, however, have a unique personality of its own, with tiny alleys, colorful buildings, graffiti, and a strong community vibe, and if you have time, it may be worthwhile to stay a bit longer and absorb in the ambiance. The adjacent islands of Hulhumale (artificial) and Vilingili are accessible by regular and inexpensive public ferries and provide considerably quieter escapes from the main city. To view the “genuine” Maldives (the ones you see on postcards), one must go farther out.

The city has both rainy and dry seasons, with the wet season spanning from May to December and the dry season lasting the remaining four months.

Unlike many other towns with similar climate, Malé has very steady temperatures throughout the year, with an average high of 30 degrees Celsius and an average low of 26.5 degrees Celsius, which is equal to the normal year round daily mean of many tropical cities.

The city receives little more than 1600 mm of precipitation per year on average.