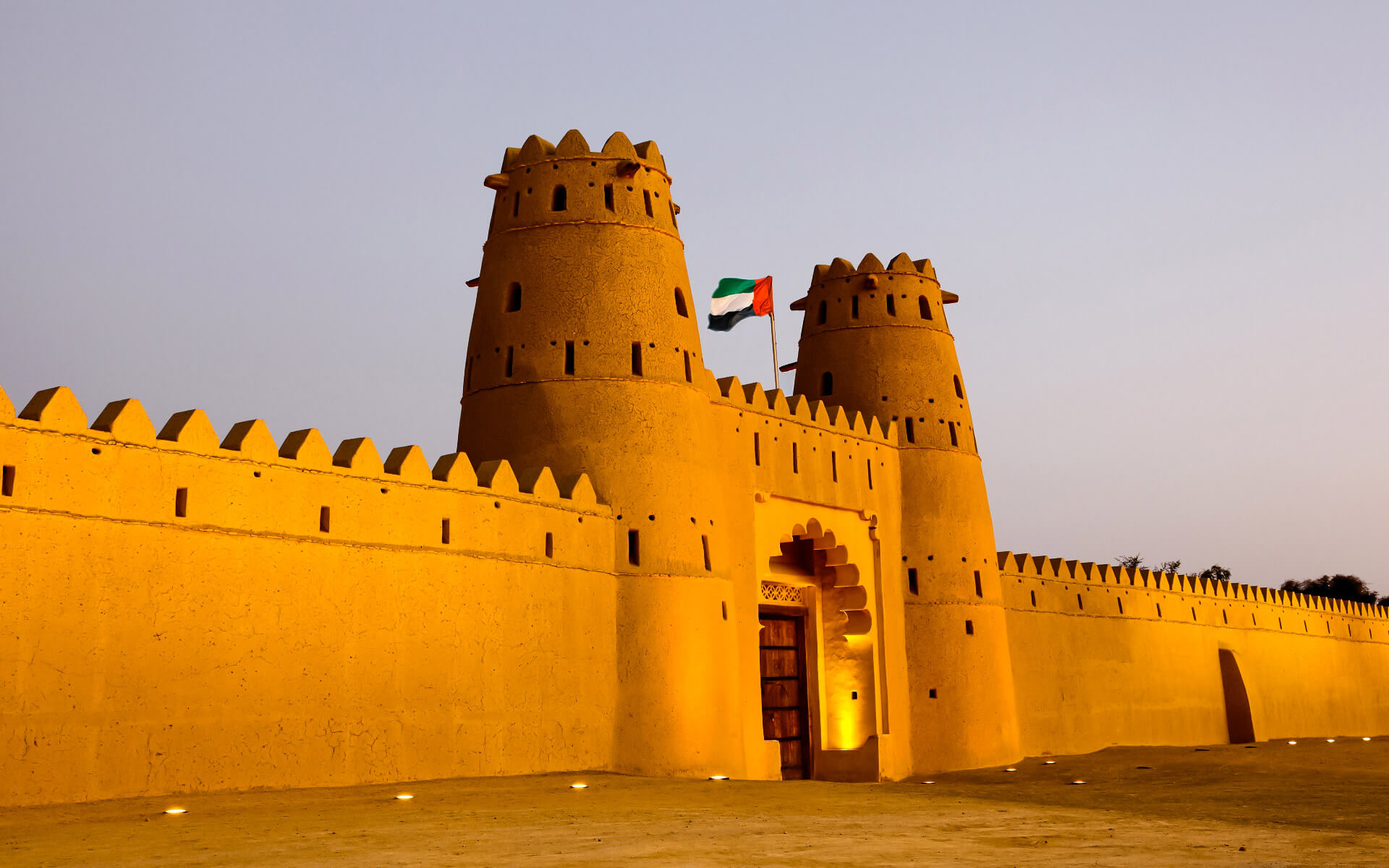 Al Ain (meaning “Spring”), popularly known as the Garden City owing to its lush vegetation, is the second biggest city in the Emirate of Abu Dhabi and the fourth largest city in the United Arab Emirates. It has a population of 650,000 (2013) and is situated around 160 kilometers (99 miles) east of the capital Abu Dhabi and about 120 kilometers (75 miles) south of Dubai. Al-‘Ain is the birthplace of Sheikh Zayed bin Sultan Al Nahyan, the first president of the United Arab Emirates, and has the greatest percentage of Emirati nationals (30.8 percent ).

Al-‘Ain is situated in the Emirate of Abu Dhabi, inland on the border with Oman. The motorways linking Al-‘Ain, Abu Dhabi, and Dubai constitute a physical triangle in the nation, with each city around 130 kilometers (81 miles) from the other two.

Al-‘Ain is growing in popularity as a tourist attraction. The dry desert air provides a pleasant respite from the coastal dampness of bigger towns. Many Emirati citizens have vacation homes in Abu Dhabi, making it a popular weekend getaway for families from the capital city. Its attractions include the Al Ain National Museum, the Al Ain Palace Museum, various reconstructed forts, and the Bronze Age Hili Archaeological Park site. The surrounding region is dominated by Jebel Hafeet, a 1340-metre-high peak. At sunset, it is common to visit the mineral springs at the foot and drive to the peak. Smaller attractions include the Al Ain Oasis in the city center, other oasis dispersed across the region — all cool getaways in the midst of the summer heat — Al Ain Zoo, an amusement park called “Hili Fun City,” numerous well-kept parks popular with families in the evenings, and a history town. Wadi Adventure, which opened in 2012 near Jebel Hafeet, offers a variety of water-based activities like as surfing, kayaking, and rafting.

The Mercure Hotel is located on top of Jabel Hafeet.

Al-‘Ain has three main shopping malls: Al Ain Mall in the city center, Al-Jimi Mall in the Al-Jimi area, and Bawadi Mall in the Al-Khrair District. The majority of business activity is concentrated in and around the town center.

Spending time in coffee shops and shisha cafés is another favorite hobby among Emiratis and expats alike. Al-‘Ain has a variety of Cafés varying in size and quality.

Al-‘Ain also features a go-kart track of international grade. Al-‘Ain Raceway was chosen to host the 2007 Rotax Max World Karting Finals, which included 220 drivers from over 55 nations competing for the Karting world championship. Al-‘Ain Raceway, which opened to the public in May 2008, is a popular pastime for both local Emiratis and visitors. In late 2010, it was announced that the 2011 Rotax Max World Karting Finals will be held in Al-‘Ain Raceway, bringing roughly 1000 visitors to the modest garden city.

Al-‘Ain, like the rest of the UAE, has stringent alcohol use and distribution rules. Currently, five establishments in the city provide alcohol, four of which are hotels. All of the hotels in Al-‘Ain Rotana, Hilton, Mercure Grand Jebel Hafeet, and Danat Al-‘Ain Resort offer pubs, bars, or nightclubs. The Al Ain Equestrian, Shooting & Golf Club in Al-Maqam, in addition to the hotels, sells alcohol.

Currently, just four outlets offer alcohol for personal consumption: Spinneys in Al-Jimi District, an outlet to the left of the Hilton hotel (close to the hotel’s staff quarters), High Spirits Bottle Shop behind Lulu Hypermarket Sana’iya, and the North Africa Market in Sana’iya.

The average annual rainfall of Al-‘Ain is 96 mm, and the average relative humidity is 60%. (United Arab Emirates University, 1993). Al-‘Ain’s low humidity, especially during the summers, making it a favourite summer resort for many people. The UAE climate is defined as hyper-arid by Boer (1997), who divides it into four climatic regions: the coastal zone along the Persian Gulf, the mountain ranges northeast of the UAE, the gravel plains surrounding Al-‘Ain, and the central and southern sand desert. The northeast receives more rain and has cooler temperatures than the south and west.

Al-Ain is situated in the eastern area of the Emirate of Abu Dhabi, about south of Dubai and east of Abu Dhabi. The Eastern region encompasses roughly 13,100 km2. Oman is to the east, Dubai and Sharjah to the north, Abu Dhabi to the west, the Empty Quarter desert to the south, and Saudi Arabia to the east. The geography of Al-‘Ain is distinct and changes as one travels east. Jebel Hafeet (Hafeet mountain) is one of Al-‘Ain’s landmarks, located slightly to the southeast and rising to 1,300 m in height. To the north and east of Al-Ain are sand dunes of various texture that are tinted red with iron oxide.

Al-‘Ain is a vital service center for a large region that extends into ‘Oman. Three large retail malls, Al Ain Mall, Al Jimi Mall, and Al Bawadi Mall (built in 2009 in the Al Khrair region), as well as traditional souqs for fruits and vegetables and animals, are available. The Coca-Cola bottling facility and the Al-‘Ain Portland Cement Works are examples of expanding industry on a modest scale. The water at Al-‘Ain is excellent. Service businesses such as automobile sales, mechanics, and other craftsmen may be found in the Sanaiya and Pattan Market areas. United Arab Emirates University, Higher Colleges of Technology, Abu Dhabi University (Al-‘Ain campus), well-equipped medical facilities, including the teaching hospital at Tawam, military training locations, and Al Ain International Airport are among the social and governmental infrastructure.