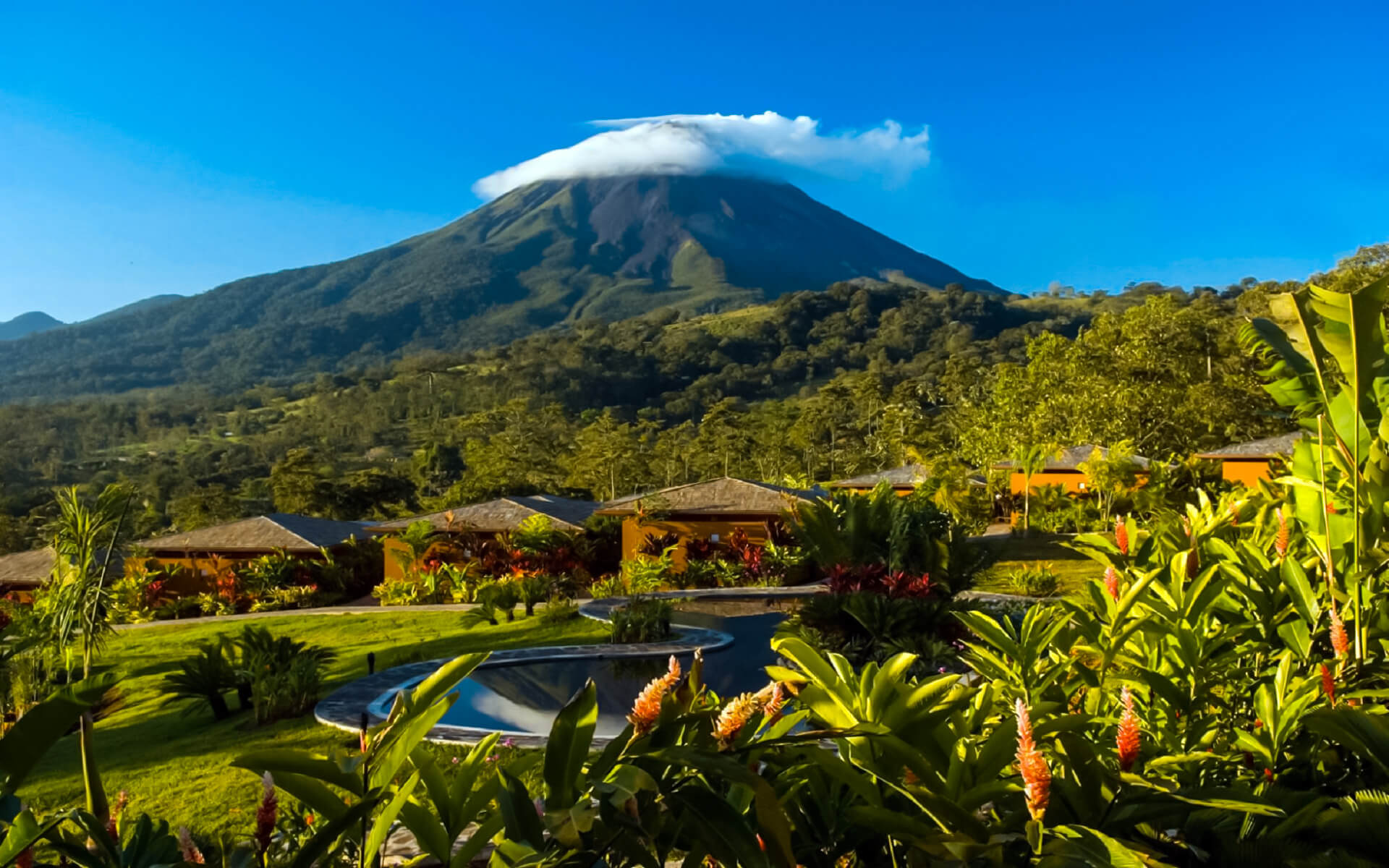 La Fortuna de San Carlos is a tiny town in Costa Rica’s northwestern region. It is most known for the adjacent Arenal Volcano (1,633 m). The Arenal Volcano attracts both scientists and visitors. Before the 1968 eruption, La Fortuna was known as “El Borio,” when the volcano erupted to the east and devastated everything in its path, including two communities. El Borio (La Fortuna) is situated on the volcano’s west slope and has remained unharmed. El Borio was renamed “La Fortuna” after the volcano’s outburst, which means “the lucky,” in reference to the town’s luck during the eruption.

Aside from the volcanoes, La Fortuna has tourist attractions such as the La Catarata de la Fortuna, a waterfall that falls from a height of 70 meters, several resorts with natural hot springs temperate enough to bathe in, other day spa services, and day-trips that involve horseback riding, whitewater rafting, hanging bridges, a “sky tram,” zip-lines, mountain biking, kayaking, stand-up paddleboards, ATV or dirt bike rentals,

Throughout La Fortuna we can find several natural hot springs with temperatures ranging from 30° to 50° Celsius, which emanate from the depths of the volcano through rivers located in the earth’s crust. Arenal Volcano naturally heats the water of many, such as Tabacon River, Ecotermales Hot Springs, and hot springs located on hotel property such as Titokú of Kioro, Arenal Paraiso, Royal Corin, Los Lagos pools, and Baldi Hot Springs. There are also other hot water sources which are either not currently being exploited for tourism, or are being so in an incipient manner.