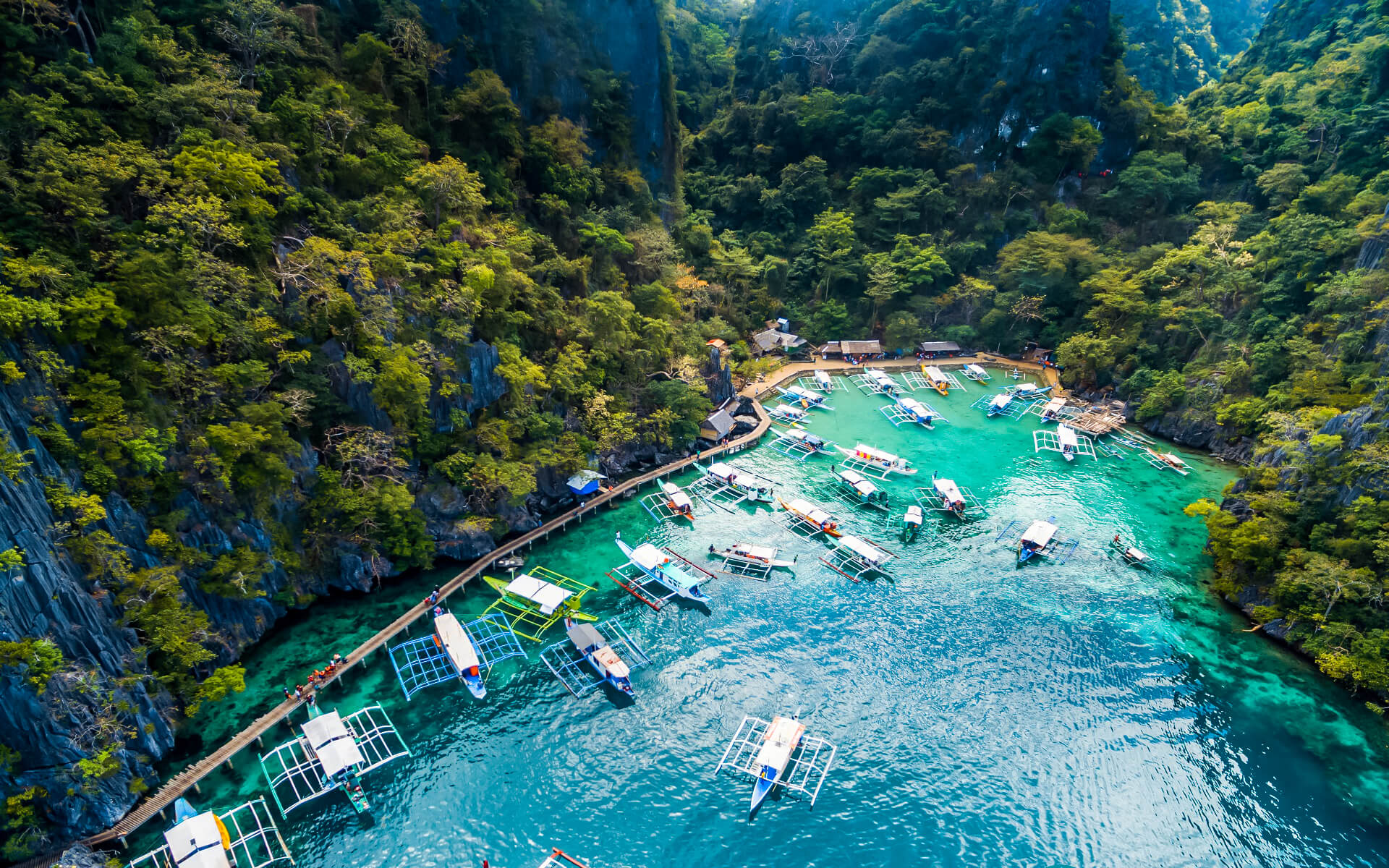 Coron is a first-class municipality in the Philippine province of Palawan, consisting of the eastern part of Busuanga Island, all of Coron Island, and over 50 additional tiny islands reaching as far north as Tara Island and as far south as Canipo Island. All of these islands are part of the Calamian Archipelago, which divides the South China Sea from the Sulu Sea in Northern Palawan. It has a population of 42,941 people according to the 2010 census.

The municipality’s primary population core is comprised of PoblacionBarangays 1 to 6, which house the Municipal Building, Municipal Legislative Building, and Judicial Hall of the Municipal Circuit Trial Court. Its fiesta is celebrated on August 28 every year in honor of Saint Augustine. It is the Calamian Islands’ commercial center.

Coron is located on Busuanga Island in the Philippine province of Palawan. It is the biggest town on the island and offers the most lodging options.

Coron is the name of both the main town on the island of Busuanga and a separate, smaller island immediately offshore. The region is well-known for its World War II wreck diving, and it has appeared on several lists of the world’s best dive destinations. A fleet of Japanese ships hidden in the port were lost in a daring attack by the US navy in September 1944. As a consequence, there are around 10 well-preserved underwater shipwrecks surrounded by coral reef.

Coron Island has its own set of attractions. There are several gorgeous white sand beaches, the most of which are small and bordered by massive limestone cliffs and fauna. Barracuda and Kayangan lakes are both beautiful and great for snorkeling, and the island is the ancestral property of an indigenous group that manages the island in a sustainable manner while keeping strangers at a distance and offshore at night.

Coron’s primary businesses are fishing and tourism. During the Japanese occupation, manganese mining was carried out in Singay Mines in Barangay San Nicolas. This was followed by a fishing industry boom from the 1970s to the 1990s, which progressively faded as a result of illegal blast and sodium cyanide fishing. Almost simultaneously with the fishing boom, the rattan and basket-weaving industries began to deteriorate owing to the resulting depletion of raw resources.

Tourism is now the most important sector of Coron, which has beaches, diving sites, and other natural tourist attractions. A slew of sunken Japanese battleships at depths ranging from 10 to 40 meters (33 to 131 feet) off Coron Island serve as a diving destination, and have been named one of Forbes Traveler Magazine’s top ten greatest scuba diving locations in the world.