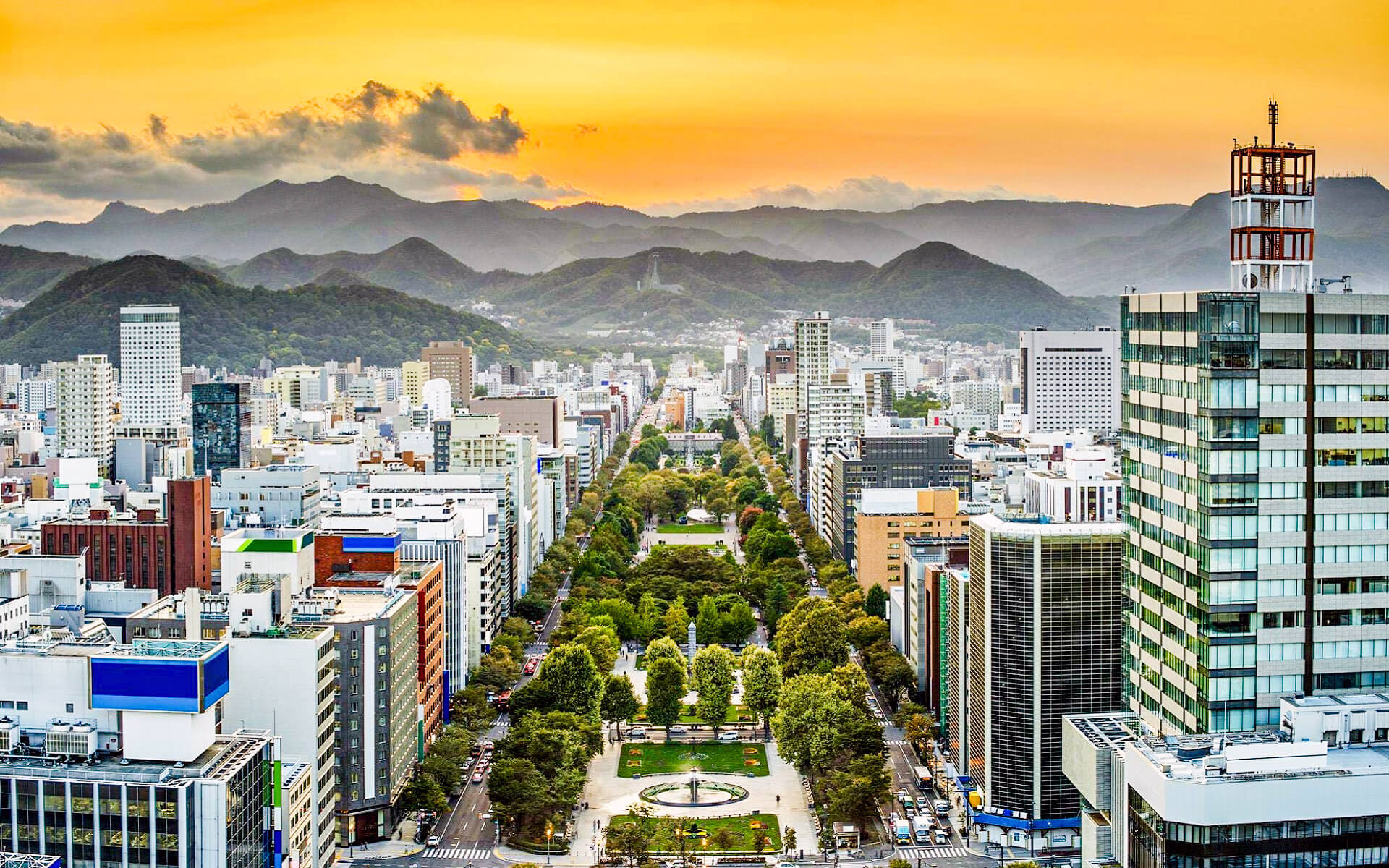 Sapporo is the fourth most populous city in Japan and the major city on the northern Japanese island of Hokkaido. It is the capital of Hokkaido Prefecture and a Japanese ordinance-designated city, located in Ishikari Subprefecture.

Sapporo is well-known outside of Japan for hosting the 1972 Winter Olympics, the first ever held in Asia, as well as the city’s annual Yuki Matsuri, often known as the Sapporo Snow Festival, which attracts over 2 million people from all over the globe. Sapporo Brewery and the white chocolate cookies known as shiroi koibito (“white sweetheart”) are also located in the city.

Sapporo is the capital and biggest city of Japan’s northernmost island of Hokkaido.

Sapporo, one of Japan’s newest and most beautiful cities, has increased in population from seven in 1857 to over two million today. Because it is a young city, particularly by Japanese standards, it lacks the classic architecture and other features seen in places like as Kyoto. What it lacks in “Japaneseness,” it makes up for with wonderful broad, tree-filled boulevards to enjoy in the summer and superb snow (and facilities to deal with said snow) in the long winter.

Sapporo has four different seasons. Summer temperatures are typically mild and pleasant, making it a popular destination for those looking to escape the heat that has gripped most of the rest of Japan. Winters in Harbin are hard by Japanese standards, although not as bad as in Harbin or Chicago. Snowfall is fairly common in the winter, and the city takes full use of it by staging the world-renowned Sapporo Snow Festival every February.

Sapporo has various parks, notably Odori Park in the city center, which holds a variety of yearly events and festivals throughout the year. Moerenuma Park is also one of Sapporo’s biggest parks, and it was designed by Isamu Noguchi, a Japanese-American artist and landscape architect.

Ishikari, Ebetsu, Kitahiroshima, Eniwa, Chitose,Otaru, Date are nearby cities, while towns include Tbetsu, Kimobetsu, and Kygoku.

Sapporo’s industry is dominated by the tertiary sector. Sapporo’s major sectors include information technology, retail, and tourism, since the city is a popular location for winter sports and events as well as summer activities owing to its mild temperature.

In 2010, the Greater Sapporo, Sapporo Metropolitan Employment Area (2.3 million people) had a total GDP of US$ 84.7 million.