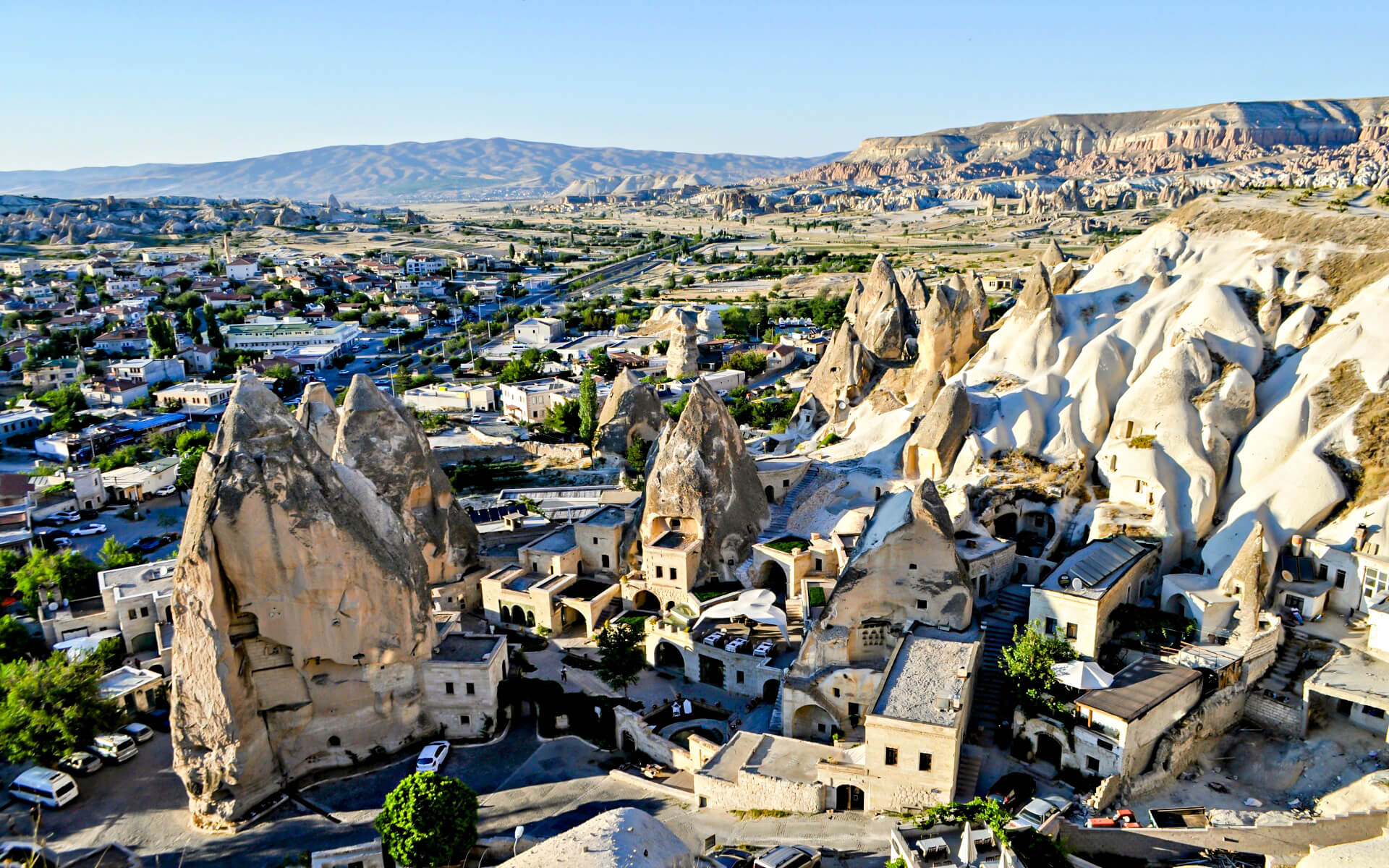 Göreme is a town in Cappadocia, Turkey’s historical area, set amid the “fairy chimney” rock formations. It is located in Central Anatolia’s Nevşehir Province and has a population of around 2,000 people.

Korama, Matiana, Maccan or Machan, and Avcilar were all previous names for the town. When the neighboring Göreme Valley was recognized as a major tourist attraction, a “center” for all tourism in Cappadocia, the town’s name was changed to Göreme for practical reasons.

In 1985, the Göreme National Park (tr) (Göreme Tarihî Millî Park in Turkish) was included on the UNESCO World Heritage List.

It is unknown when the Göreme was initially settled, however it might have been during the Hittite period, between 1800 and 1200 B.C. The site was strategically important between warring empires such as the Greeks and Persians, prompting the locals to tunnel beneath the rock to escape the political upheaval. During the Roman Empire, the region became a haven for Christians fleeing Rome. Christianity was the dominant religion in the area, as shown by the numerous rock churches that can still be seen today.

Ortahane, Durmus Kadir, Yusuf Koc, and Bezirhane churches, as well as the lavishly painted Tokali Kilise, the Apple Church, and a variety of residences and pigeon houses cut right into the town’s rock formations, are among Göreme’s historically significant landmarks.