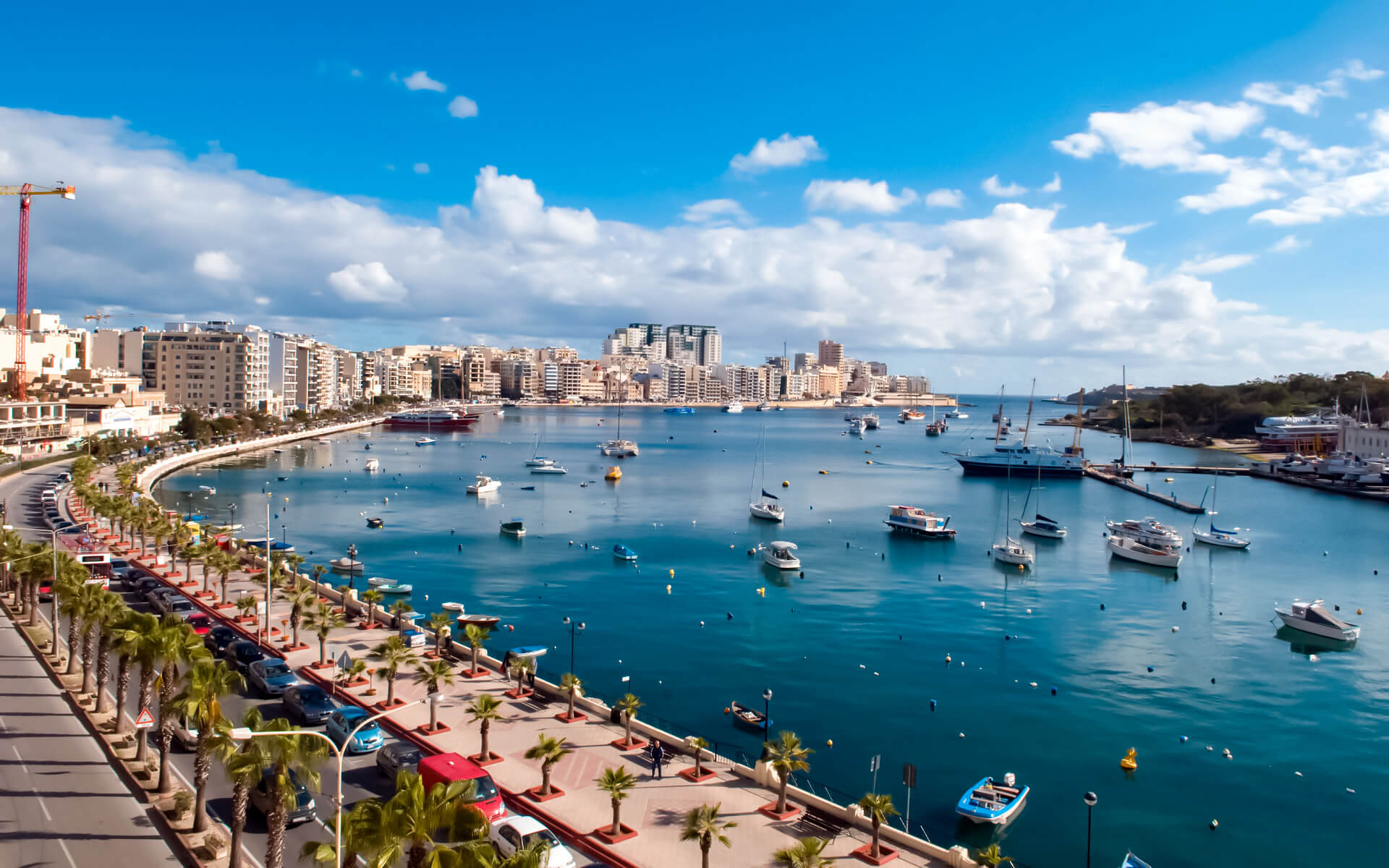 Sliema (Maltese: “Tas-Sliema”) is a town in the Northern Harbour District on Malta’s northeast coast. It is a significant residential and business neighborhood, as well as a hub for shopping, eating, and café culture.

The Sliema Front promenade, which runs along the beach, has become a popular site for joggers and walkers, as well as a popular gathering place for people during the summer season. Sliema has become a social nightlife hotspot because to romantic moon strolls, barbeques, and open-air restaurants and cafés. Sliema is also well-known for its rocky beaches, water sports, and hotels.

Sliema, which means “peace and comfort,” was formerly a small fishing town on the peninsula across Marsamxett Harbour from Valletta, and it now offers stunning views of the capital city. The town’s population started to expand in 1853, and it was designated as a parish in 1878. Malta’s principal beach resort is now Sliema along the shoreline up to neighboring St. Julian’s.

Sliema is a popular area to reside and is quite wealthy, having unusually high property prices in comparison to the national average. Sliema’s streets were formerly dotted with beautiful homes and traditional Maltese mansions. Sliema is currently surrounded by new apartment complexes, some of which are among the highest in Malta. As a consequence, there has been tremendous traffic, parking, and construction-related noise pollution.

Residents of Sliema are stereotyped for using English as a first language, however this is changing in the twenty-first century owing to demographic trends. Slimiżi are Maltese people from Sliema.

Sliema and St Julian’s are Malta’s most contemporary and developed neighborhoods, and they are where the majority of visitors stay. It has the most hotels, rental flats, restaurants, bars, shops, and clubs.

Sliema and St Julian’s are almost continuous towns sprawled over two nearby peninsulas, with St Julian’s to the north (approximately 20 minutes walk) and Valetta and a third peninsula to the south (about 20 minutes drive).

Malta is a deeply Catholic nation, and its people are among Europe’s kindest and most welcoming to visitors. Despite the fact that this town is popular with tourists, some behaviors are severely discouraged (such as excessive inebriated rowdy behavior) and others are forbidden (such as topless sunbathing).

Street names in Malta are printed in Maltese first, then in English; learning both is useful since some individuals only use one or the other when providing directions, and some maps only include the Maltese version (on the assumption that the reader will be able to translate).