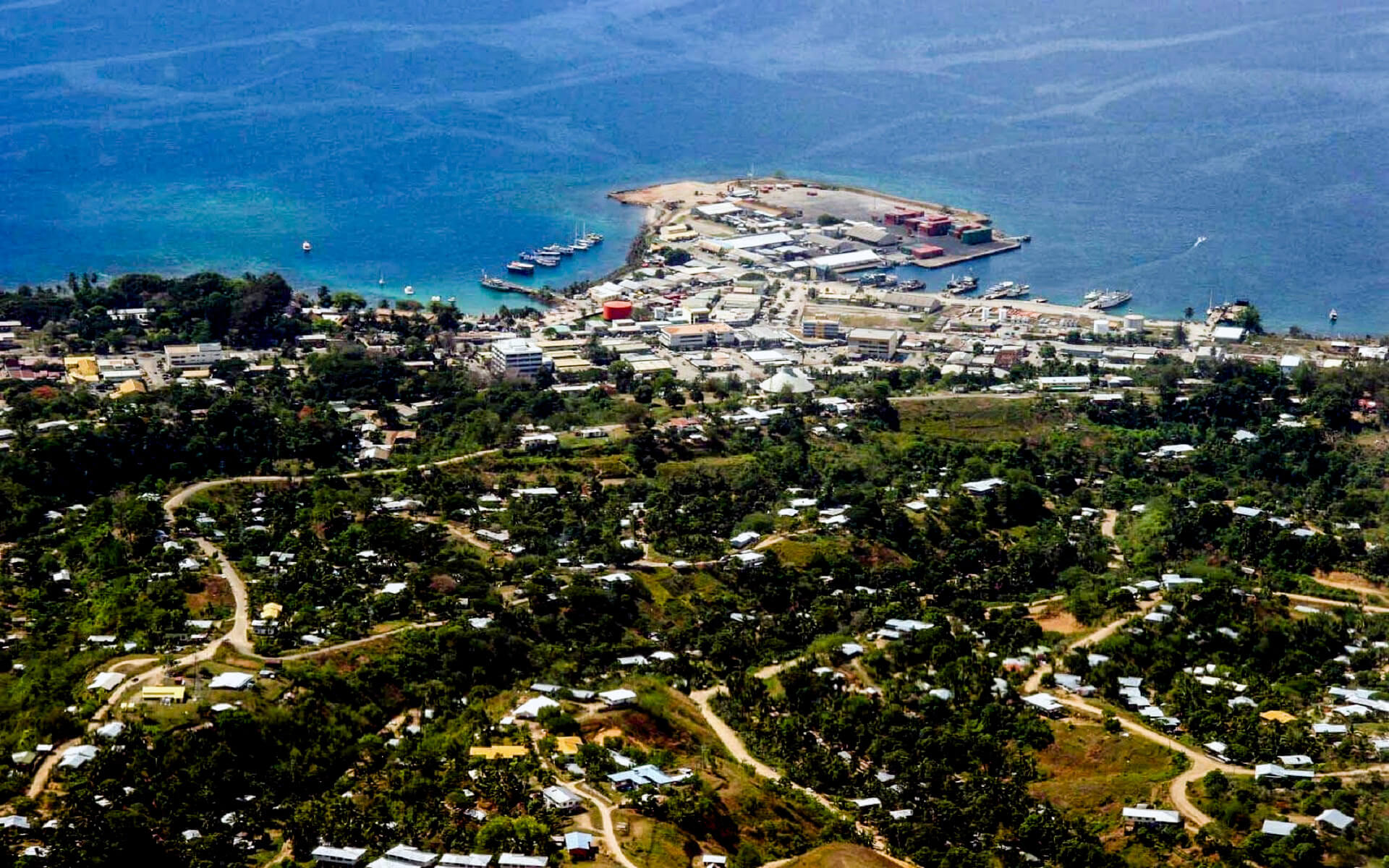 Honiara is the capital city of the Solomon Islands, governed as a provincial town on Guadalcanal Island’s northeastern coast.

It has a population of 64,609 people in 2009. Honiara International Airport and the seaport of Point Cruz serve the city, which is located along the Kukum Highway.

During the Guadalcanal Campaign in World War II, the airport region to the east of Honiara was the location of a conflict between the United States and the Japanese, the Battle of Henderson Field in 1942, from which America emerged victorious. Honiara started to expand and increase in population after becoming the new capital of the British Protectorate of Solomon Islands in 1952, with the erection of various governmental buildings.

Honiara has had a volatile history of ethnic violence and political instability since the late 1990s, and it is scarred by riots. Following a coup attempt in June 2000, ethnic Malaitans of the Malaita Eagle Force (MEF) and Guadalcanal locals of the Isatabu Freedom Movement engaged in violent rebellions and warfare (IFM).

Despite the fact that a peace accord was signed in October 2000, violence erupted in the city streets in March 2002, when two New Zealand diplomats and countless others were killed. Honiara’s conditions deteriorated to the point that Australian military and police troops were sent in to restore order in July 2003. Riots erupted in 2006 after the election of Snyder Rini as Prime Minister, damaging a section of Chinatown and displacing around 1,000 Chinese inhabitants.

The riots wreaked havoc on the town, and tourism in both the city and the islands suffered greatly as a result.

Take a guided hike to one of the surrounding waterfalls, such as the stunning Matanikau Falls, which is approximately a two-hour walk from the starting site, which is a short bus ride from the city center. The Exploring Solomons Wikispace has information about this and other treks.

Attend a service at one of the several churches. South Seas Evangelical Church offers a convenient position near the center markets as well as great singing. The main Sunday service begins at 9:30 a.m. Most Sundays at 5 p.m., there is also a smaller evening service.

Go to the museum. Across the street from the Mendana Hotel.

Take a stroll around the lively Central Market. It’s a sight to see, especially on Saturday mornings when you can buy flowers and hand-made jewelry and crafts.

And then there’s diving, exploring, making plans, and seeing the rest of the nation.

The climate is tropical, more specifically a tropical Rainforest climate, with an average daytime temperature of about 28 °C (82 °F).

Damper periods are predominant between November and April. The average amount of precipitation per year is about 2,000 millimetres (79 in) and thus somewhat lower than the average on the Solomon Islands as a whole (3,000 millimetres (120 in)). However, Honiara is subject to monsoons.

Honiara is situated on the northwest coast of Guadalcanal and has a sea port at Point Cruz. The Matanikau River runs through town, via Chinatown, which was heavily damaged during the 2006 violence. The hamlet is centered on the Kukum Highway, which links it to the Honiara International Airport (previously known as Henderson Field), which is located approximately 11 kilometers (6.8 miles) to the east of Honiara across the Lunga River. White River and Tanaghai are suburbs to the west of the town center.

Honiara expanded economically far quicker than the rest of the Solomon Islands; throughout the 1960s and 1970s, two-thirds of the country’s investment in economic growth went towards creating Honiara’s infrastructure, despite the fact that only around 5% of Solomon Islanders resided there at the time. Honiara, like many other ex-colonial towns, resembles the political, economic, and cultural framework of its previous metropolitan mentor much more than the national characteristics of Solomon Islands society.

Honiara is the starting point for tourist operations in the Solomon Islands. The Solomon Islands Visitors Bureau is located on Honiara’s major avenue, Mendana Avenue. Its officials give tourist information and may radio ahead to announce guests’ coming to guest homes in the more distant places. It is located between the Yacht Club and the famed Solomon Kitano Mendana Hotel. Honiara is home to various banks, including Westpac, ANZ, and the National Bank.

The violence that had plagued Honiara and the islands since the late 1990s had a devastating impact on the economy because virtually all tourist organizations around the world specifically warned tourists wishing to visit the islands to stay away, especially during the peak of the troubles in 2002 and 2003.