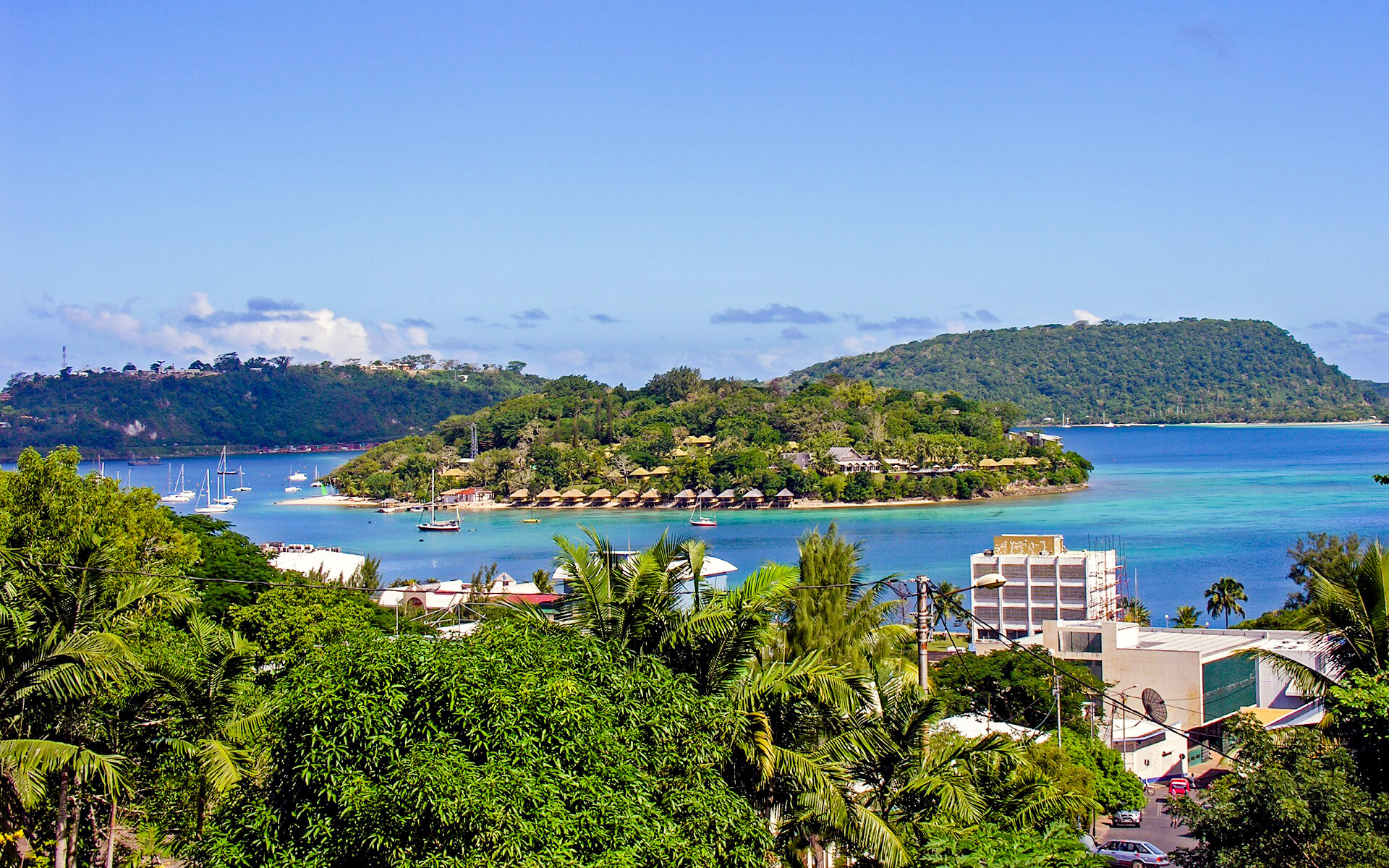 Port Vila, Vanuatu’s capital and biggest city, is situated on the island of Efate.

Port Vila is Vanuatu’s economic and commercial center, located on the south coast of the island of Efate in Shefa Province.

Vanuatu’s capital boasts a variety of attractions. There are various monuments, including as two traditional totem poles and a monument like a pig’s tusk opposite the Parliament. The Presbyterian Church of Port Vila is a striking structure located just across from Independence Park. The administrative building facing the market hall has a colorful wall painting. Another notable wall painting is on the post office’s façade. The Port Vila City Hall is an oblong and eye-catching structure atop a hill in the city center.

In Port Vila, duty-free booze and cigarettes are inexpensive. Purchase your duty-free items prior to traveling to the airport, since airport duty-free rates are somewhat higher and the selection is limited. Tourists may shop duty-free in Port Vila.

Rainfall averages around 2,360 millimetres (94 in.) each year, with April being the wettest month. September is the driest month. In a typical year, there are 113 rainy days.

There are also trade breezes from the south-east in the region. Temperatures do not fluctuate much throughout the year, and the record high is 34 degrees Celsius (93.2 F).

Port Vila is Vanuatu’s most significant port and the country’s commercial hub. Bauerfield International (VLI), an international airport, is also situated in the city. Air Vanuatu’s headquarters are located at Vanuatu House in Port Vila.

Agriculture and fishing are still important sectors in the city. Tourism is also growing in importance, particularly from Australia and New Zealand.

Vanuatu is a tax haven, and offshore funding is a significant element of the economy of Port Vila.

Vanuatu is still reliant on foreign help, the most of which comes from Australia and New Zealand, however funding has also come from the People’s Republic of China in recent years. One example is New Zealand paying to educate local physicians and then paying a portion of their salary for the first year following certification. Australia funded experts to serve at the Port Vila Central Hospital.

Port Vila is responsible for 35.7 percent of exports and 86.9 percent of imports.