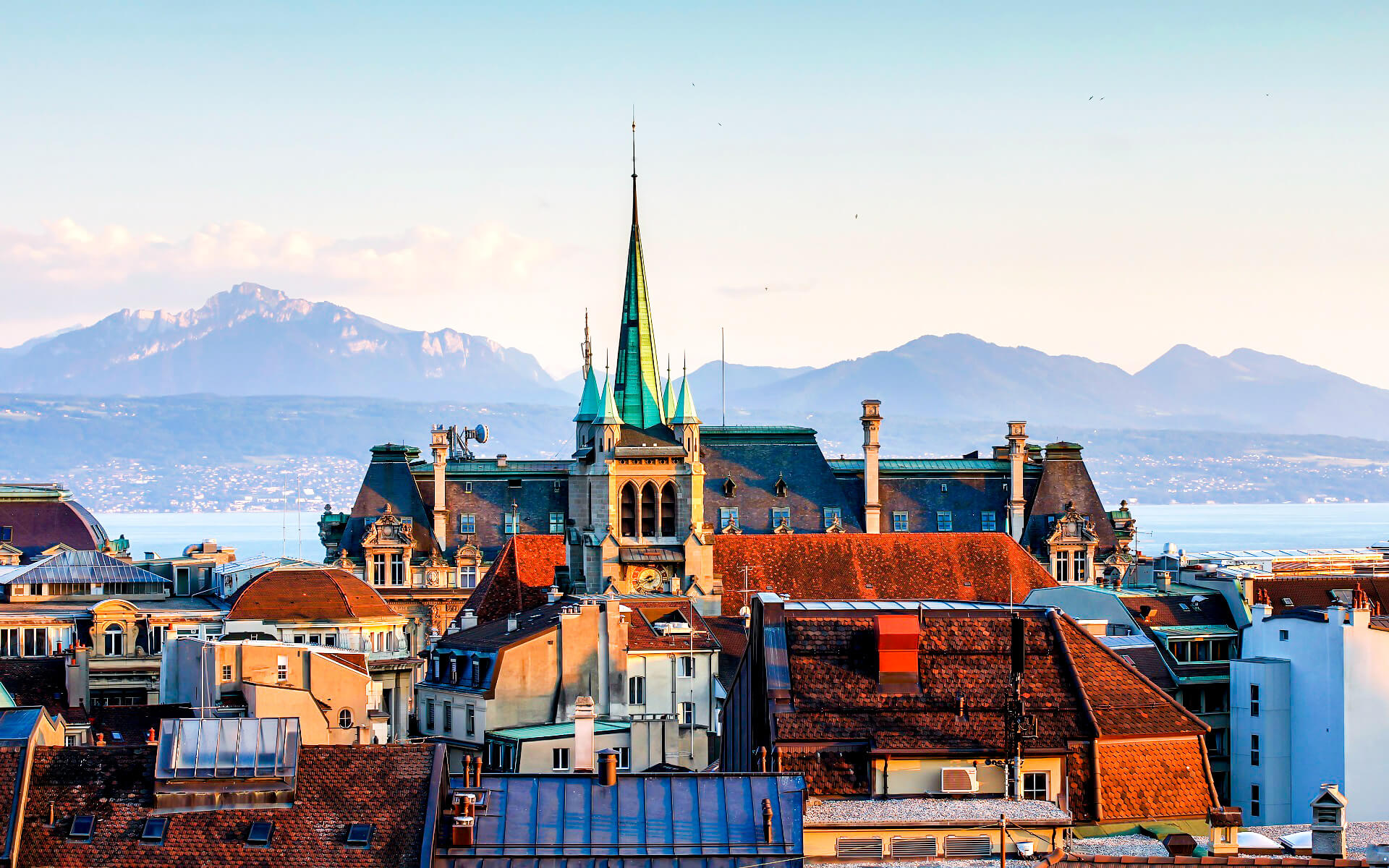 Lausanne is the capital and largest city of the canton of Vaud in the French-speaking section of Switzerland. The city sits on the banks of Lake Geneva (French: Lac Léman, or simply Le Léman). It looks out over the French town of Évian-les-Bains and the Jura Mountains to the north-west. Lausanne is 62 kilometers (38.5 miles) north of Geneva.

Lausanne is a hub of worldwide sport, home to the International Olympic Committee (which has designated the city as the “Olympic Capital” since 1994), the Court of Arbitration for Sport, and more than 55 international sport organisations. It is located in a well-known wine-growing area. The city features a 28-station metro system, making it the world’s smallest city with a rapid transport system.

Lausanne (pronounced low-ZANNE), the capital of the Swiss canton of Vaud, is a medium-sized city (about two-thirds the size of Geneva) located near Lake Geneva’s northernmost tip (Lac Léman). The International Olympic Committee and two major colleges are based in the city. It is also Vaud’s public transportation center and a gateway to the alpine Canton of Valais, which has some of the world’s best-known ski slopes.

As one would anticipate, the big student population creates a vibrant nightlife and artistic culture centered on the Flon area. There are also a number of excellent restaurants and two dozen noteworthy museums, including the Olympic Museum and the unusual Collection de l’Art Brut. Architecture enthusiasts should take notice that the finest preserved Gothic cathedral in Switzerland may be found at the summit of the old town.

Despite its cosmopolitan character (42 percent of its residents are foreign nationalities), Lausanne is a French-speaking city. English is not as widely spoken as it is in Geneva, and you will most likely struggle to communicate with an ordinary person on the street. However, most service-sector workers know a little English, and the level of English among young Swiss is generally high (amongst the older generation it is German that tends to be far stronger). A traveler will have minimal difficulty navigating the city using just English.

Lake Geneva (Lac Léman in French) is the most prominent geographical feature in the region around Lausanne. Lausanne is situated on the southern slope of the Swiss plateau, with a 500-metre (1,640-foot) elevation difference between the lakeshore at Ouchy and its northern boundary abutting Le Mont-sur-Lausanne and Épalinges. Lausanne has a stunning view of the lake and the Alps.

In addition to its usually southward-sloping form, the city center is the location of an old river, the Flon, which has been covered since the nineteenth century. The former river creates a canyon that runs through the city center south of the ancient city center, mainly following the line of the current Rue Centrale, with various bridges over the depression to link the nearby neighborhoods. Due to the significant elevation fluctuations, visitors need keep track of the plane of height they are on and where they wish to travel, or they will find themselves tens of meters below or above the street they are attempting to navigate. The term Flon is also used for the gorge’s metro station.

Lausanne is situated at the crossroads of the vast wine-growing districts of Lavaux (to the east) and la Côte (to the west) (to the west).

In 2010, the unemployment rate in Lausanne was 8%. In 2008, there were 114 individuals working in the main economic sector, and around 25 enterprises were active in this area. In the secondary industry, there were 6,348 people working and 698 firms. The tertiary sector employed 83,157 people and supported 6,501 firms.

In 2000, the municipality had 55,789 employees who commuted in and 19,082 workers who commuted out. The municipality is a net importer of employees, with around 2.9 people coming for every one leaving. Around 1.9 percent of the workforce arriving in Lausanne is from outside Switzerland, whereas 0.1 percent of residents travel out of the country for employment. 40.9 percent of the working population utilized public transit to travel to work, while 35.1 percent drove themselves.

SIL, the city-owned electricity company, has recently introduced high-speed Internet via cable to its C.V., and has been building completely free Wi-Fi access sites around town, most notably at Place Palud, Place St. François, the Flon valley, and on the hill of Montbenon near the casino. It is currently difficult to locate a café in Lausanne that does not have access to one of these. In addition, SIL sells a variety of wines to those same cafés, including a fine small Chardonnay and a very robust Gamay.

Both Java and Bleu Lézard, which are mentioned above, provide time-limited but fully supported and consequently extremely stable Wi-Fi. Simply request a ticket from your server.