One of the legends has it that the God of Sun loved this island,so he sent his son Macares there. The King Macares had nine children,five sons and four daughters.He split the island and shared it to it’s daughters as dowry.

To his favorite daughter Mytelene he gave the piece of land and harbor,so today’s capital city of Lesbos islands is named in her honor. Mytelene married to a guy named Levzoz. When the King died, Lesvos came to the throne and the island was named after him.

The second legend says that the island was named after this island’s guardian called Lesvos.He was a son of Greek hero Lapithos.

The word “Lesbos” is originated from literary work of one poetess from this island.Her name was Sappho.In her poems she described a love between two women. 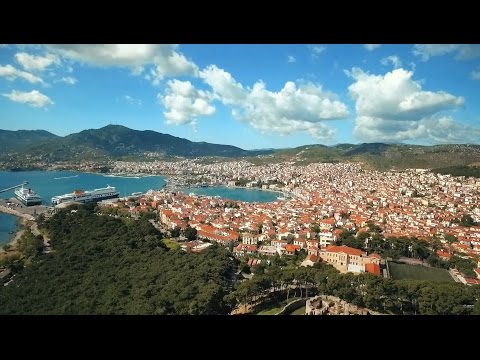