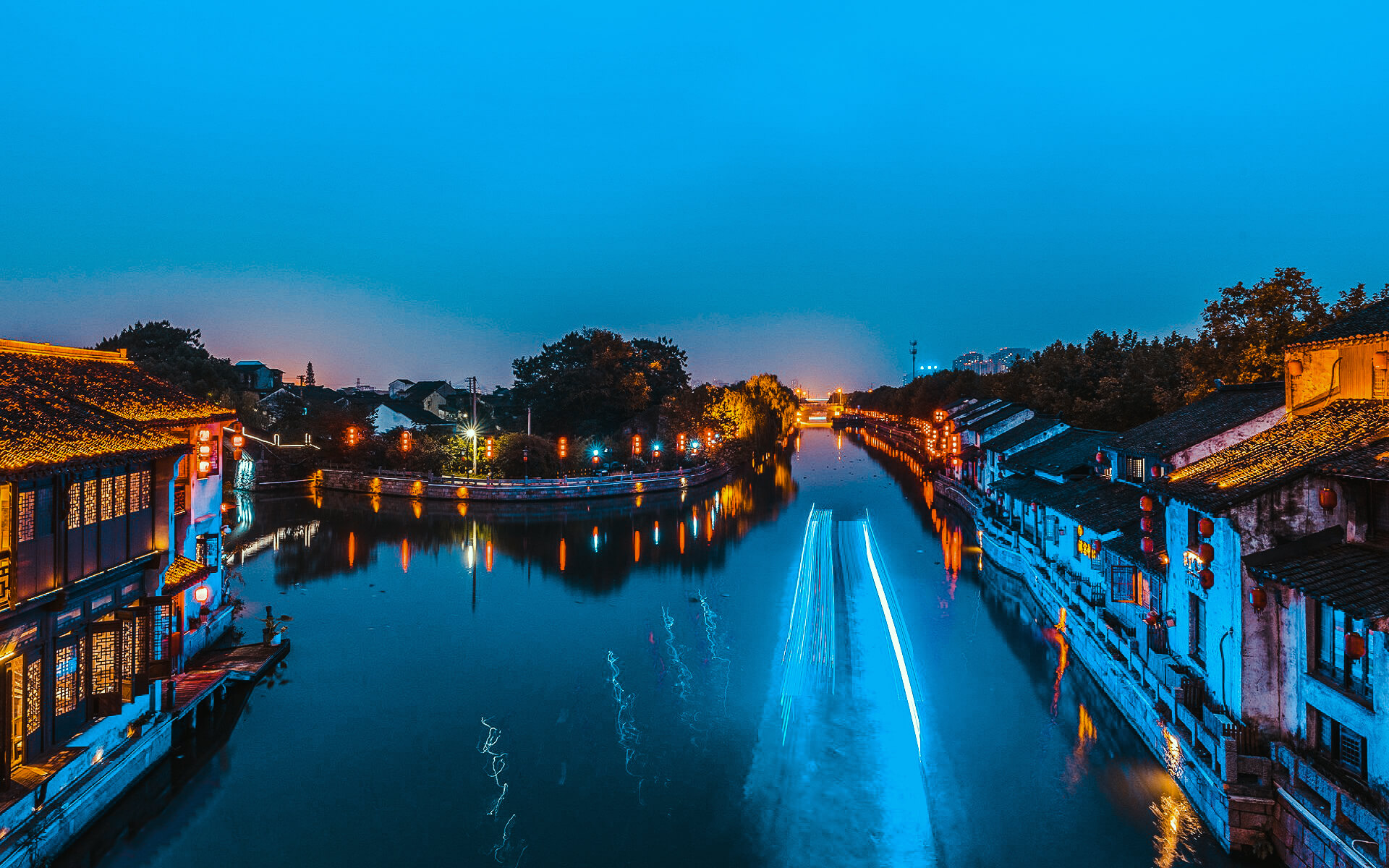 Wuxi is a Yangtze River industrial city located between Suzhou and Nanjing. Wuxi is located in Jiangsu Province’s south, nearly midway between Shanghai and Nanjing, with Shanghai 128 kilometers to the east and Nanjing 183 kilometers to the west. Suzhou is about a half-hour bus or car ride away. The metropolis has a population of 4.32 million people and a land area of 4650 square kilometers.

Wuxi is bounded by water to the south by Lake Tai and to the north by the Yangtse River.

Wuxi has a history that dates back more than 3,000 years, to the end of the Shang Dynasty. Taibo, the oldest son of Emperor Zhouwu of the West Zhou Dynasty, arrived from China’s hinterland. He brought the interior civilization to the south and established the Wu culture. During the Zhou and Qin dynasties, the area was rich in tin resources. Because the tin had been exhausted by the end of the Qin Dynasty, the area was dubbed Wuxi, which means “a land without tin.”

The climate is humid and moderate, with distinct seasons. The yearly average temperature is 15.5 °C. There are 250 frost-free days every year, with an average rainfall of roughly 1,000 mm. This region has hills, rivers, and lakes, but the most of it is flat and crisscrossed by canals and tiny rivers. The “country brimming with fish and rice” is a fertile location.

Wuxi is economically developed and has strong transportation links.

Wuxi is one of China’s top ten tourist destinations, because to its rich natural and cultural history. The region’s characteristic features are those of river and lake areas. Wuxi is located in the most gorgeous area of Lake Taihu and enjoys the breathtaking landscape.

Wuxi is a popular tourist destination in the Lower Yangtze Delta. It contains both natural and man-made attractions.

The city was developed on the shores of Lake Tai, which serves as a valuable tourist resource. Yuantouzhu (the Islet of Turtlehead) and Taihu Xiandao are two notable locations (Islands of the Deities). This 115-metre (377-foot) towering Ferris wheel, which opened in 2008, takes 18 minutes to complete one round. Passengers may gaze out the window onto Lake Tai and the city center. Lighting effects are activated around the wheel at night.

Mount Xi and Mount Hui, which translate as “Tin Mountain” and “Kindhearted Mountain,” are two minor hills in the city’s western outskirts. The traditional imperial Ji-chang-yuan Gardens, as well as the Tianxia di er quan (), literally “the second spring beneath heaven,” are situated at the foot of the hill. Xi Shan is also the name of a tourism area in Suzhou. Because two distinct Chinese characters are both pronounced “Xi”: one for “West” and the other (in this instance) for the metal tin.

The city is traversed by the Grand Canal. There are two canals: the ancient canal, which has been there since it was dredged, and the modern canal, which was built after 1949.

In the past, smart intellectuals and wealthy individuals established several private gardens or parks in Wuxi. Li Yuan and Mei Yuan are two excellent specimens that have been beautifully kept. Xihui Gongyuan (Xihui Park), at the foot of Xi Shan, also has historical antiquities, most notably Jichang Garden. It is about 1,770 kilometers (5,810,000 feet) long.

The 88-metre (289-foot) tall Grand Buddha at Ling Shan, located south of Long Mountain in Wuxi’s Mashan Town, is one of China’s biggest Buddha statues and the ninth highest statue in the world.

The settlement was built between the 16th and 19th centuries A.D. and is situated in the north-west area of Wuxi on the west bank of the Grand Canal and at the foot of Mount Hui. The town’s structures are mostly family ancestral halls.

Wuxi is hot and humid in the summer and cold and wet in the winter, with an average yearly temperature of 18 °C (64 °F) and only extremely seldom snow. It has a monsoon season and gets 100 centimetres (39 inches) of rain every year due to its closeness to the East China Sea.

The city design, like many ancient Chinese cities, is of a core city with a roughly circular form, crisscrossed by older canals, the main canal still seeing substantial barge activity.

Wuxi is located on an alluvial plain with deep sedimentary deposits split between limestone hillsides, making it one of the sources for “scholar’s rocks,” finely aged stones used as contemplative devices.

Wuxi is now recognized as an investment grade city, with two huge industrial parks dedicated to emerging industries. While textiles remain the present focus of production, there are plans to expand into electric motor manufacture and MRP software development. Wuxi is China’s solar technology centre, with two major photovoltaic enterprises headquartered there. They are Suntech Power and Jetion Holdings Ltd, both of which are publicly traded on foreign stock markets.

The city center is dominated by contemporary high-rise structures, and the market is being renovated in a postmodern design. In Wuxi, Hynix constructed a new chip facility.

How To Travel To Wuxi

In Shanghai, you can take the new G train to Wuxi. The trip takes about 45 minutes and costs ¥61 (November 2010). G trains can be taken either at Shanghai Hongqiao Station, accessible by subway line 2 to East Xujing, or at Shanghai Central Station, accessible by subway line 1. Alternatively, you can take the regular D train, which takes about 50 minutes and costs ¥49 (August 2010).

If you get off at Nanjing Lukou airport, you can take the intercity bus or a cab, don’t forget your stuff when you get off.

The Shanghai-Nanjing railway line runs through the city.

Nine highways connect Wuxi to major cities like Shanghai, Nanjing and Hangzhou. The Shanghai-Nanjing expressway runs through the city. The trip from Wuxi to Shanghai’s Pudong Airport takes about three hours.

There are also waterways to different parts of the country via the Yangtze River, the Grand Canal and Lake Tai.

Things To Do In Wuxi

There are many pubs in Wuxi. While some of them welcome more expats, you can expect to find a mix of locals in every pub or nightclub in Wuxi.

Bosnia and Herzegovina, abbreviated BiH or B&H, and often referred to informally as Bosnia, is a nation in Southeastern Europe situated on the Balkan...
Read more

Sharjah is the UAE’s third biggest and third most populated city, and is part of the Dubai-Sharjah-Ajman metropolitan region. It is situated in the...
Read more

Manchester, England’s largest city and metropolitan borough, with a population of 514,417 people as of 2013. It is part of the UK’s second-largest urban...
Read more
Tourist destinations