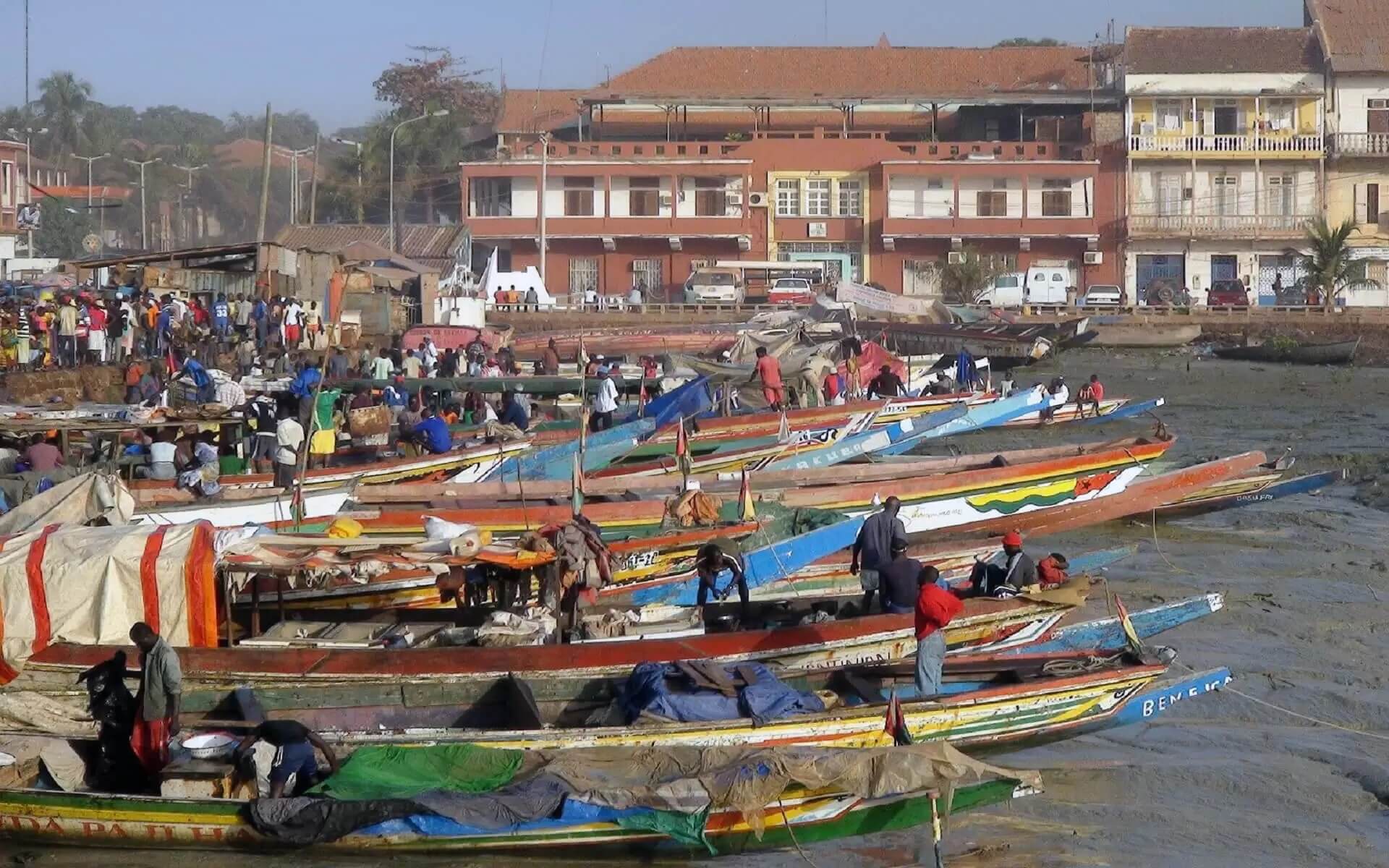 Guinea-Bissau was previously a member of both the kingdom of Gabu and the Mali Empire. Parts of this kingdom lasted until the 18th century, while the Portuguese Empire ruled over a few others since the 16th century. It was colonized as Portuguese Guinea in the nineteenth century. When the nation gained independence in 1973 and was recognized in 1974, the name of its capital, Bissau, was added to the country’s name to avoid confusion with Guinea (formerly French Guinea). Since independence, Guinea-Bissau has had a history of political instability, with no elected president serving a complete five-year term.

Only 14% of the population speaks Portuguese, which was designated as the official language during the colonial era. Almost half of the population (44 percent) speaks Crioulo, a creole language based on Portuguese, while the remainder speak a variety of local African languages. African traditional faiths and Islam are the dominant religions, with a Christian (primarily Roman Catholic) minority. The country’s per-capita GDP is among the lowest in the world.

Guinea-Bissau is a member of the United Nations, the African Union, the Economic Community of West African States, the Organization of Islamic Cooperation, the Latin Union, the Community of Portuguese-Speaking Countries, La Francophonie, and the South Atlantic Peace and Cooperation Zone.

Guinea-Bissau’s population’s is ethnically varied, with many different languages, traditions, and social systems.

Animism was practiced by the majority of Bissau-Guineans during the twentieth century. Many people have converted to Islam in the early twenty-first century, with Islam currently being embraced by 50% of the country’s population. The majority of Muslims in Guinea-Bissau are Sunni, with Ahmadiyya Muslims accounting for around 2% of the population.

Approximately 10% of the country’s population is Christian, while 40% of the population still adheres to Indigenous beliefs. However, since many people follow syncretic versions of Islamic and Christian religions, mixing their rituals with indigenous African beliefs, these figures may be deceptive.

The majority of Christians belong to the Roman Catholic Church.

Guinea-Bissau is bounded to the north by Senegal, to the south and east by Guinea, and to the west by the Atlantic Ocean. It is mostly located between latitudes 11° and 13°N (with a tiny region south of 11°) and longitudes 13° and 17°W.

The nation is bigger than Taiwan or Belgium at 36,125 square kilometers (13,948 square miles). It is located at a low elevation; its highest point is 300 meters (984 ft). The landscape consists mostly of low coastal plains with wetlands of Guinean mangroves rising to a Guinean forest-savanna mosaic in the east. Its wet season is monsoon-like, with intervals of scorching, dry harmattan winds coming from the Sahara. The Bijagos Archipelago is located off the coast of the mainland.

Guinea-Bissau is warm all year and has minimal temperature variation; the average temperature is 26.3 °C (79.3 °F). Bissau’s average rainfall is 2,024 millimetres (79.7 in), although this is nearly completely accounted for during the rainy season, which lasts from June to September/October. Drought affects the nation from December to April.

Guinea-Bissau has one of the lowest GDP per capita rates in the world, as well as one of the lowest Human Development Indexes. More than two-thirds of the population lives in poverty. The economy is mostly based on agriculture; its primary exports are fish, cashew nuts, and ground nuts.

A lengthy period of political insecurity has resulted in low economic activity, worsening social circumstances, and increasing macroeconomic imbalances. Except for Suriname, it takes longer on average in Guinea-Bissau (233 days or about 33 weeks) to register a new company.

Guinea-Bissau has begun to show signs of economic progress after the signing of a stability agreement by the country’s major political parties, which resulted in an IMF-backed structural reform program. The country’s main tasks in the next years will be to establish budgetary discipline, restore public administration, enhance the economic environment for private investment, and encourage economic diversification. The rapid exodus of Portuguese civilian, military, and political authorities following the country’s independence from Portugal in 1974 as a result of the Portuguese Colonial War and the Carnation Revolution caused significant damage to the country’s economic infrastructure, social order, and standard of living.

Following many years of economic decline and political turmoil, Guinea-Bissau joined the CFA franc monetary system in 1997, providing some internal monetary stability. The civil conflict in 1998 and 1999, as well as a military coup in September 2003, interrupted economic activity once again, destroying a significant portion of the economic and social infrastructure and exacerbating the already widespread poverty. Despite a still-fragile political environment, the nation is attempting to emerge from a lengthy period of insecurity after parliamentary elections in March 2004 and presidential elections in July 2005.

Beginning about 2005, Latin American drug criminals started to utilize Guinea-Bissau, along with other bordering West African countries, as a transshipment site for cocaine to Europe. A United Nations official characterized the country as being on the verge of becoming a “narco-state.” The government and military have done little to combat drug trafficking, which has risen after the 2012 coup.

Guinea-Bissau is a member of the Organization for the Harmonization of African Commercial Law (OHADA).

Things To Know Before Traveling To Guinea-Bissau

There are a lot of internet cafés in Bissau’s downtown area, but if you ask around, you’ll find that many of them are hard to find from the outside. Lenox or going WiFi at Restaurant Phoenicia or the Hotel Bissau Palace are more possibilities.

In Guinea Bissau, there are three mobile phone providers, all of which offer prepaid mobile cards that may be purchased anywhere. It’s simple to phone overseas or to other mobiles within the same business, however calling from one company to another (for example, MTN->Guinétel) may be difficult.

If your stay in this nation is deemed transitory, Muslims are generally tolerant of others. Because there are a few extremist mosques in the nation, it is recommended that you avoid going there. The Christian minority is permitted, but activists and government officials in Guinea-Bissau keep a close eye on them.

Some individuals (particularly youngsters) may want you to snap their picture, while others will be offended if you do so; always ask ahead of time if you’re going to take close-ups. Avoid photographing military sites without permission, but you may be permitted to do so on rare occasions.