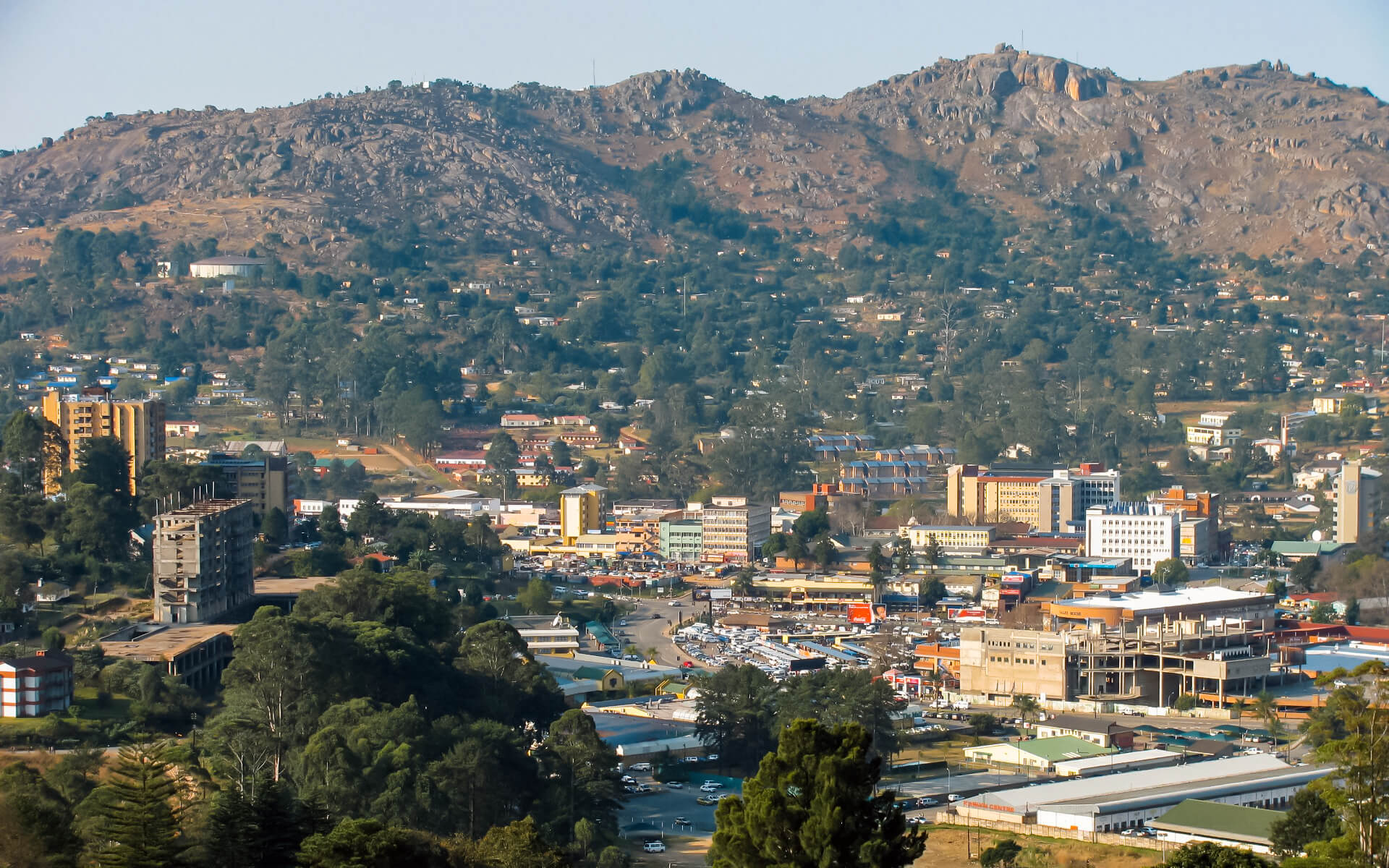 Mbabane, Swaziland’s capital and biggest city, with a population of 94,874 people.

In the Mdzimba Mountains, it is situated on the Mbabane River and its tributary, the Polinjane River.

Mbabane has a gentler, more moderate humid subtropical climate due to its elevation.

Mbabane is situated in the Mdimba Mountains, on the Mbabane River and its tributary, the Polinjane River, in the district of Hhohho, of which it is also the capital. The city’s average elevation is 1243 meters. Mbangweni, Sidwashini, Kent Rock, Sandla, Westridge Park, Malunge, New Checkers, Msunduza, and Vukutentele are some of the suburbs.

Ngwenya-Oshoek is Mbabane’s nearest border crossing with South Africa, and although siSwati is the predominant language, English is widely spoken. Mbabane, as well as Swaziland as a whole, is reliant on tourism and sugar exports. It also serves as a commercial centre for the local area, including neighboring tin and iron mines. The city contains two light industry sites.