The landscape of the remote island of Socotra looks like something out of a science fiction movie, but in fact it has become an unusual, wondrous, lost world.

The island separated from the mainland of the African continent about six to seven million years ago. Nature has shown all its creativity and splendor on this island. 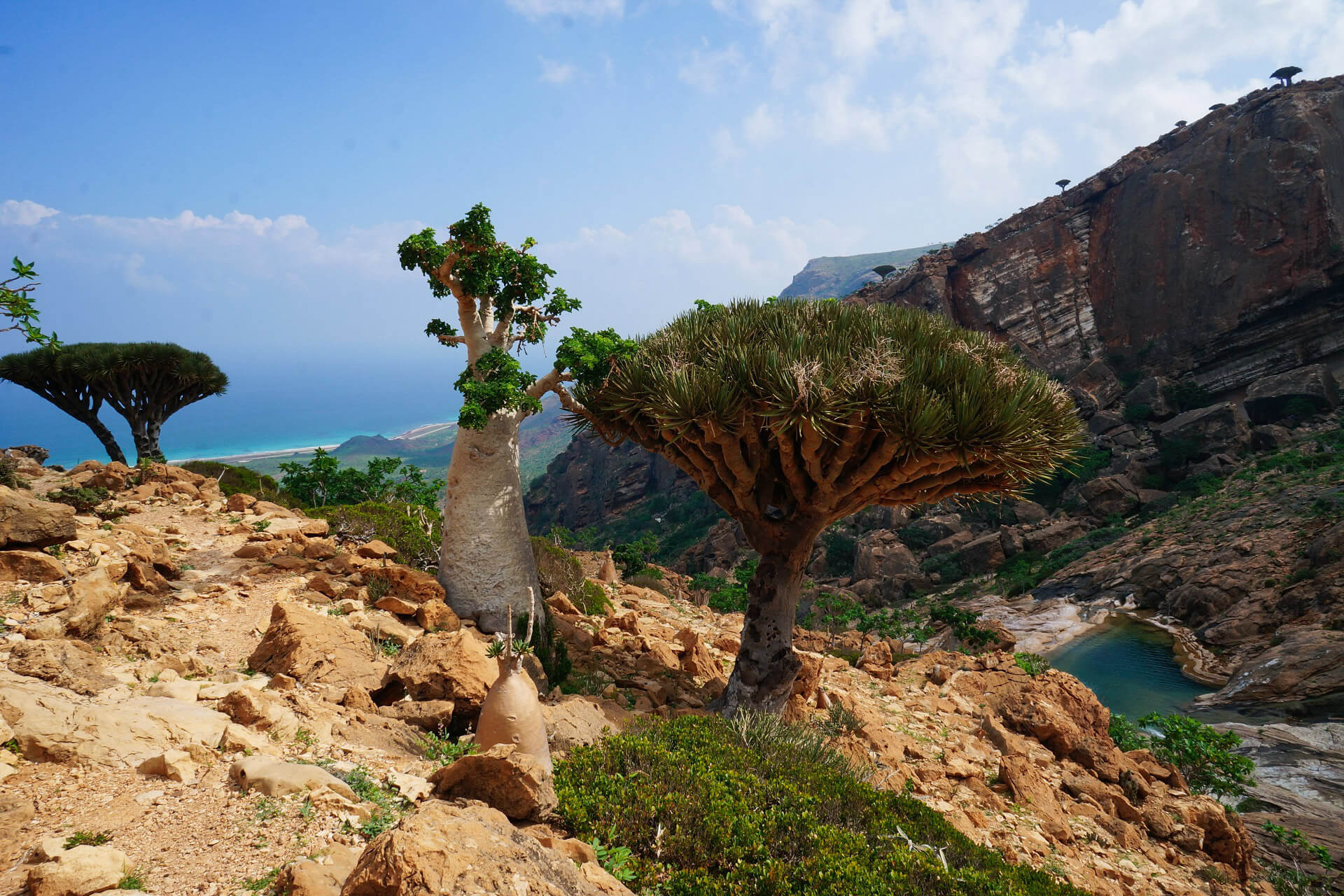 Just as the Galapagos Islands are known for their abundance of wildlife, Socotra is home to a wide variety of plants and animals adapted to this harsh, hot and windy island. There are about 800 rare species of flora and fauna here, and about a third of them are not found anywhere else in the world.

The isolated Socotra is located in the Indian Ocean, about 250 kilometers from Somalia and 340 kilometers from Yemen. The island consists of sandy beaches, limestone caves and high mountains. 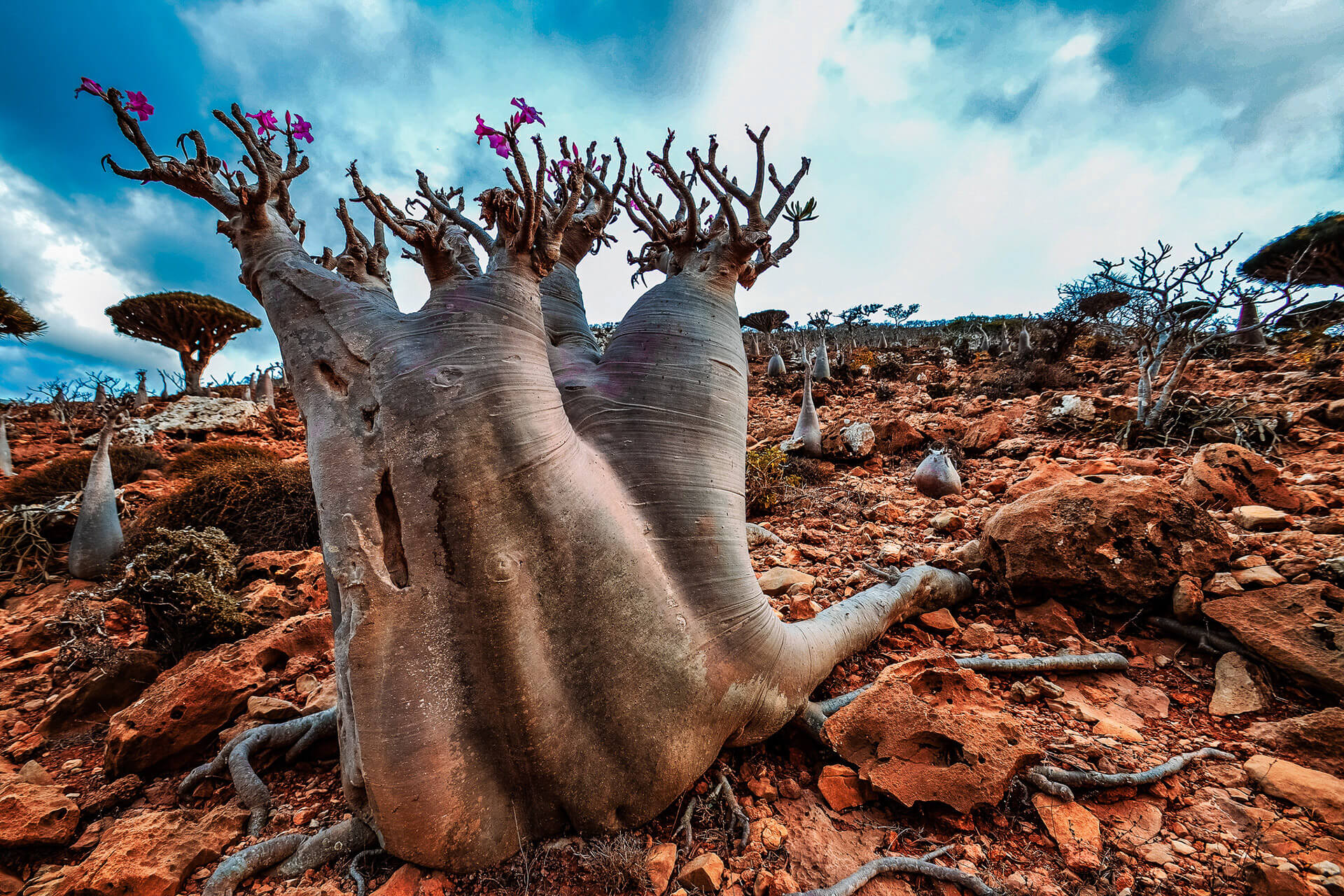 For most of the year, unbearable heat and desert conditions prevail here, which has led to the recognizable appearance of plants that have evolved to withstand difficult living conditions. Some plant species are up to 20 million years old. Dragon trees and desert roses look unreal. The dragon tree has also become a symbol for Socotra.

Only Hawaii, New Caledonia and the Galapagos Islands have more endemic species than Socotra. The Middle East Plant Center, which is part of the Royal Botanical Gardens in Edinburgh, counted even 307 of the 825 plant species that are only found in this place. 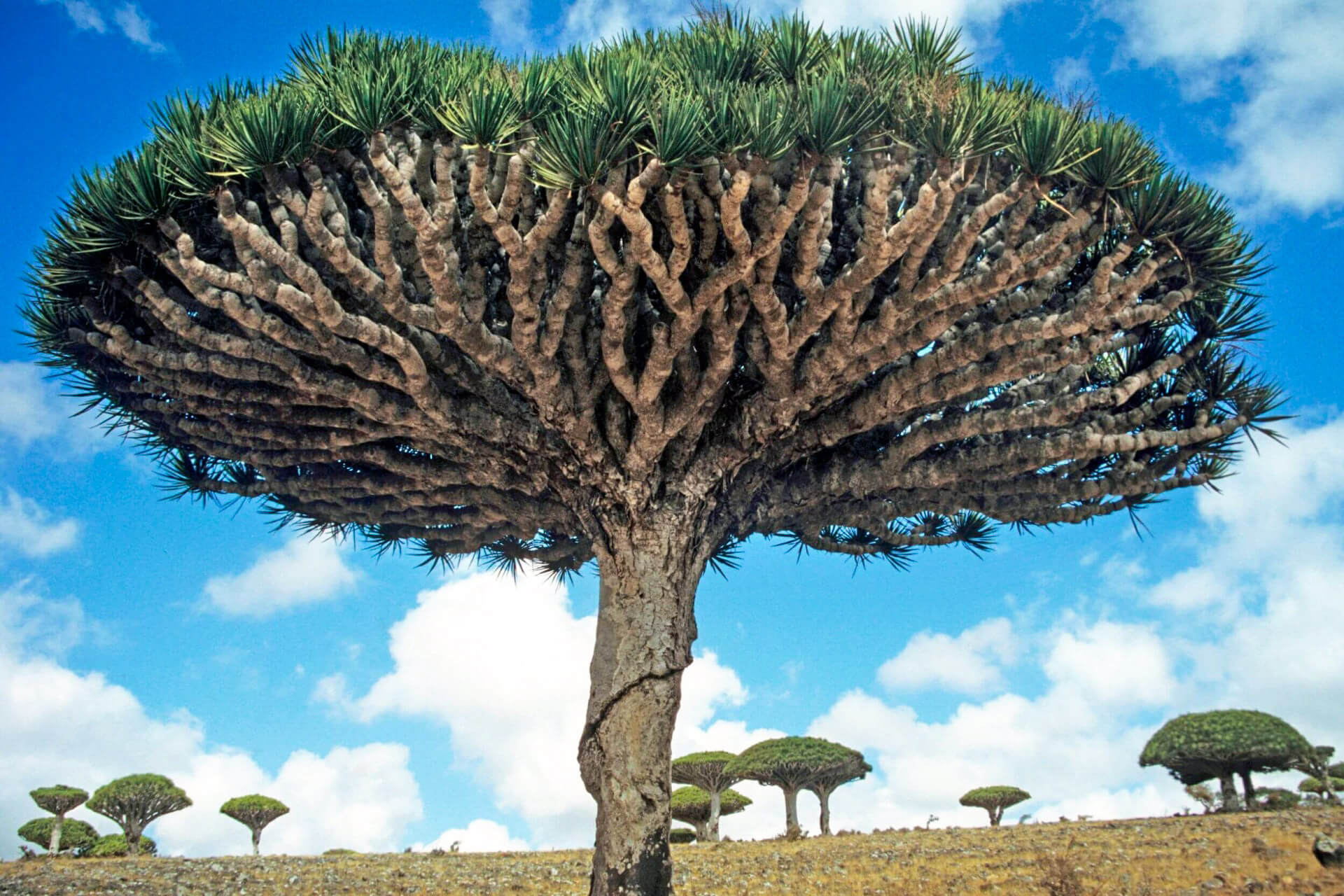