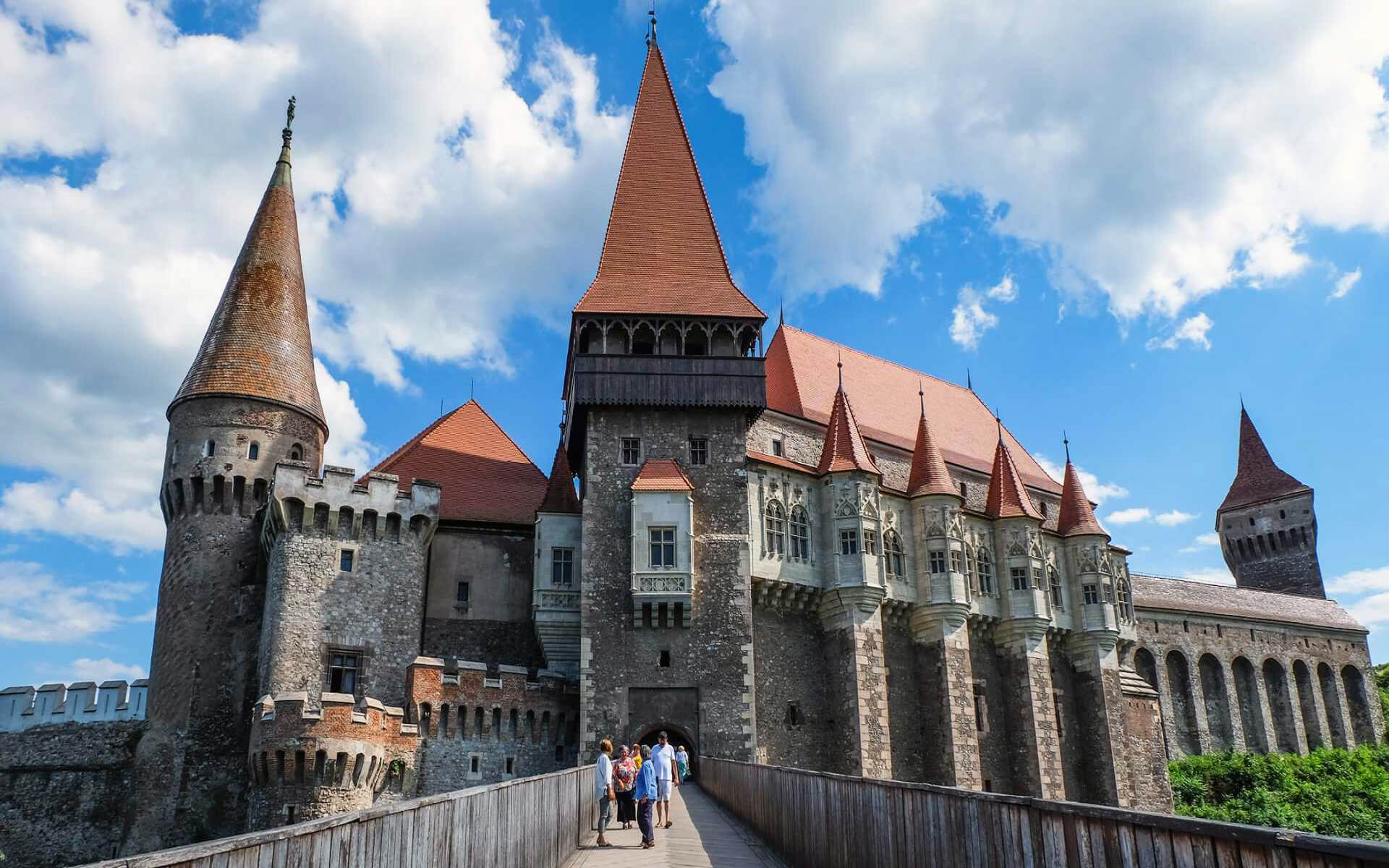 Transylvania is Romania’s biggest and, perhaps, most well-known region. When you visit Transylvania, you are immersed in a melting pot of cultures, nature, and history. Transylvania is a complex area, and it is worthwhile to attempt to notice the regional distinctions, both cultural and ecological. This area has a lot of history and a lot of diversity. The coexistence of Romanians, Hungarians, Saxons, and Roma is the dominant subject throughout Transylvania. Transylvania is rich in myth and foggy medieval sites: there are over 100 castles and strongholds, as well as approximately 70 fortified churches. Here you’ll find some of Romania’s most impressive and well-preserved castles and strongholds. There are, however, several little settlements with antique buildings and walled churches for the more adventurous tourist. Because Transylvania is surrounded by the Carpathian Mountains, there are many mountain forests and hiking and climbing opportunities. There are wonderful national parks all around the Carpathians. Green hills and rivers may be found in the heart of Transylvania. Most major cities have a Western European feel to them, and the infrastructure is typically strong, making it simple for visitors.

Although some people connect the word with bloodthirsty vampires (it is the scene for Bram Stoker’s book Dracula), Transylvania is one of Europe’s most stunning natural areas, filled with magnificent medieval fortress towns and monasteries. Cities with vibrant nightlife and gorgeous baroque architecture provide contemporary tourist services for a fraction of the cost of, say, Germany or France. Some of Romania’s most developed cities may be found here, as well as historic villages where people still live as they did a century ago. Transylvania is bordered by the foggy Carpathian Mountains and is home to unusual species and flora (bears, wolves) (orchids and other plants).

Transylvania has it everything in terms of history and multi-ethnic culture. Transylvania’s history is fraught with controversy: it was originally an essential component of the Kingdom of Hungary (950-1526), then an autonomous Principality (1526-1690), before being reabsorbed by the Habsburg Empire. After the Austro-Hungarian Empire was dissolved in the Treaty of Trianon, which marked the end of World War I, it was combined with Wallachia and Moldovia to establish Romania. This complicated history explains the many cultural distinctions that exist between Transylvania and the rest of Romania. Throughout most of its history, the Romanian majority had little rights and was dominated by minorities like as Hungarians and Saxons. Roma, Jews, and Armenians were among the other minorities. Transylvania became part of Greater Romania after World War I, and many local Hungarians fled to Hungary across the new border. Following the Axis countries’ defeat in World War II, many local Germans fled to Germany. The Communist period was difficult for ethnic minorities, particularly those who had been small business owners before the new totalitarian party came to power (Hungarians and Jews who had survived the war). Following the 1989 revolution, the majority of the surviving Saxons went to Germany (having settled in Transylvania, then part of the Kingdom of Hungary, in considerable numbers during the 13th century), and many ethnic Hungarians also departed. There have been heated moments between ethnic minorities and the majority, but there has never been a real confrontation. Although people’ views toward other groups might still be closed, Transylvania is an example of diverse ethnic groups coexisting in relative harmony. However, like in the rest of Europe, the Roma ethnicity continues to face severe discrimination, and its culture is little recognized.

Today, Transylvania is Romania’s most developed area, thanks in part to tourism and in part to a stronger commercial culture before to World War II. Since 1989, the existence of German and Hungarian minorities has acted as a catalyst for Western influences in Transylvania. The contrasts within this little territory are fascinating: the South and South East are dominated by Saxon culture, the East and North East are more affected by Hungarian culture, the North is more Slavic, and the South West is still another. Try to visit a few ancient villages, where the inhabitants are often quite kind.

The Transylvanian Plateau is 300–500 meters (980–1,640 feet) high and is drained by the Mureş, Someş, Criş, and Olt rivers, as well as other Danube tributaries. This ancient Transylvania core approximately corresponds to nine contemporary Romanian counties. The plateau is nearly fully encircled by the Carpathian Mountains’ Eastern, Southern, and Romanian Western branches. The Transylvanian Plain is included in the region.

Other territories to the west and north, which also became part of Romania in 1920, have been largely regarded to be part of Transylvania since that time.

There are significant industries such as iron and steel, chemicals, and textiles. Agriculture, stock rearing, wine making, and fruit cultivation are all key vocations. Growing grains, vegetables, viticulture, and rearing cattle, sheep, swine, and poultry are all common on the Transylvanian Plateau. Another significant resource is timber.

In urban and university hubs like as Cluj-Napoca (Robert Bosch GmbH, Emerson Electric), Timișoara (Alcatel-Lucent, Flextronics, and Continental AG), Brașov, Sibiu, Oradea, and Arad, the IT, electronics, and automotive sectors are major. The towns of Cluj Napoca and Târgu Mureș are linked by a rich medical legacy, and high performing hospitals exist in both locations, according to the same categories.

The Jiu Valley, situated in the south of Hunedoara County, was a key mining area during the second part of the nineteenth and twentieth centuries, but many mines were closed down in the years after the communist regime’s fall, requiring the region to diversify its economy.