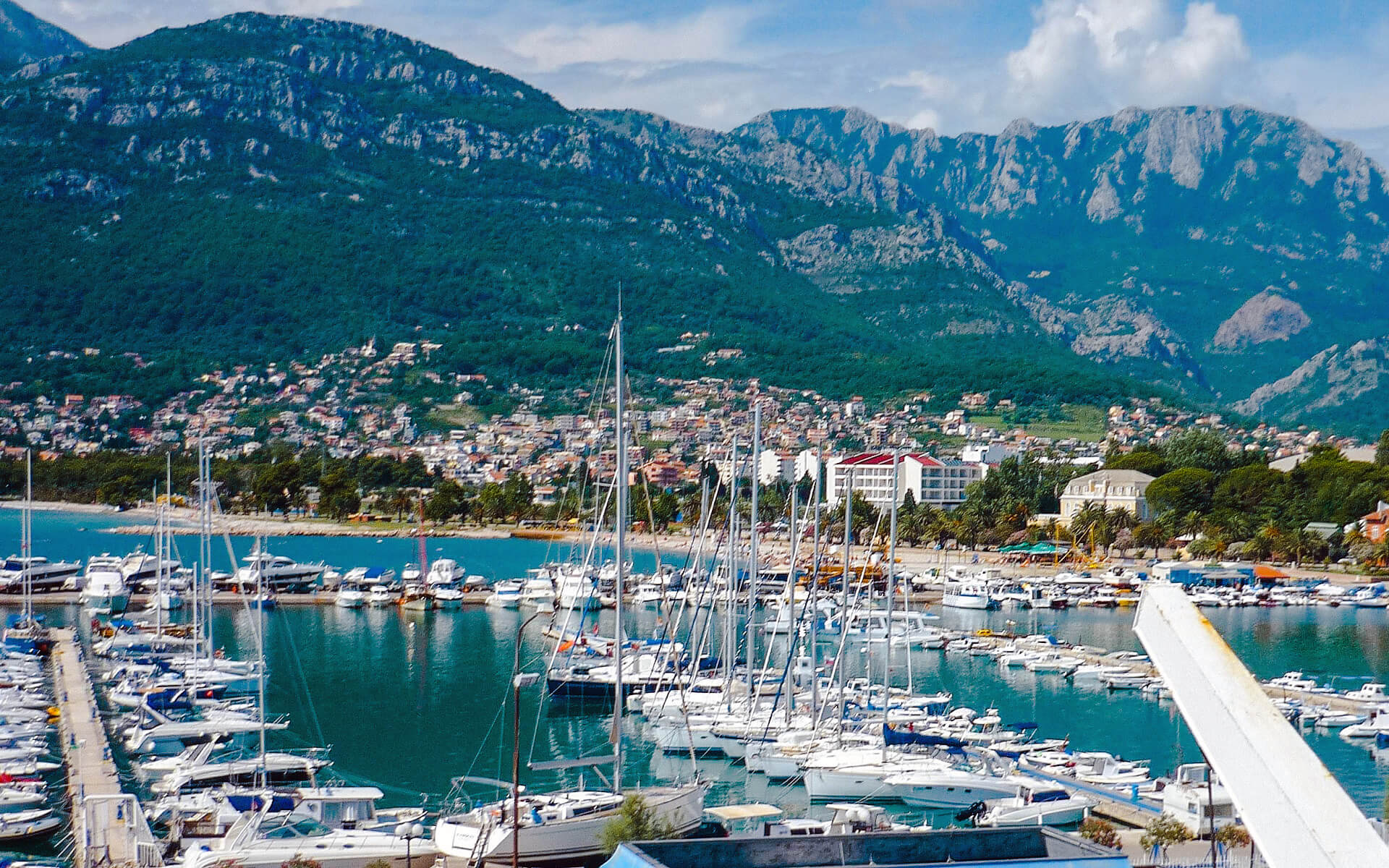 Montenegro’s main port is Bar. The Old Town of Bar, located 4 kilometers from the shore, is the most prominent of the various cultural-historical monuments that bear testimony to the town’s violent past. The town’s ruins are deafening testimony to various conquerors and nations. There are tourist amenities, restaurants, sports areas, commerce, and a marina with 1050 berths.

Although there are some fine rocky beaches in Bar, many visitors prefer to visit other small towns in the Bar municipality, particularly Sutomore, which has a lovely long sandy beach. The natural region around Bar is generally unspoiled and densely forested. The municipality of Bar extends to the southern side of Skadar Lake and includes the Krajina area. This whole region is ideal for recreational activities including trekking. Smaller communities surrounding Bar, including as Dobra Voda, Sutomore, and anj, are popular sunbathing destinations due to their extensive sandy beaches.

The wind blows from the south around 88 days out of the year, usually in the winter. The southern breeze is gentle and mild, but it causes the water to rise. The temperature is similar to that of July – about 28 °C (82 °F). Every year, there are around 2160 sunshine hours. In the winter, the temperature dips to 10 degrees Celsius (50 degrees Fahrenheit). Bar has a mediterranean climate (Csa) that is similar to a humid subtropical climate, according to the Köppen climatic classification (Cfa). Only one summer month receives less than 40 millimetres (1.6 in) of precipitation. The winters are chilly and wet, with an average high of 12.3 °C (54.1 °F) and a low of 4.3 °C (39.7 °F) in January. Snow is an extremely unusual event in Bar, falling about once every several years. The most snowfall was reported in January 2000, when 9 centimetres (3.5 in) fell. Summers are often hotter, drier, and brighter than winters. During the summer, the greatest temperatures are about 27 to 28 °C (81 to 82 °F) and the lowest temperatures are around 18 °C (64 °F). Summer precipitation is minimal, although rainfall may still occur, with July averaging 4.5 days with measurable precipitation. Spring and autumn are transitional seasons with pleasant weather that may be damp and unpredictable. There are 2523 hours of sunlight each year on average, with a low of 111.6 hours in December and a high of 350.3 hours in July.

Bar is situated on Montenegro’s western coast, on the Adriatic Sea’s beach. It is roughly 53 kilometers (33 miles) from Podgorica, Montenegro’s capital. Lake Skadar, the biggest lake in the Balkans, is located to the east. Italy is to the west, across the sea.

The Port of Bar, the Belgrade – Bar railway, and the Sozina tunnel all contribute to the economy of Bar. The Port of Bar is the city’s most identifiable landmark. It has a seacoast of 3,100 meters (10,170.60 feet), a land area of 800 hectares, and a 200-hectare aquatorium. It has the capacity to reload 5 million tons of cargo each year. The Belgrade-Bar railway opened in 1976. It provided visitors with access to the Adriatic shoreline as well as transportation to the Port of Bar. Primorka, a food firm, has been in business in Bar for almost 50 years. It is responsible for the production of olive oil and pomegranate juice. In the municipal territory, there are over 95,000 olive trees and approximately 80,000 citrus trees (lemon, orange, tangerine, and grapefruit). The Centre for Subtropical Cultures, established in 1937, is Montenegro’s oldest scientific organization. Tourism is also an important aspect of the economy of Bar.

Montenegro Lines operates a ferry service from Bar to Bari, Italy. During the season, boats also run to Ancona, Italy. Bar is well linked to both interior Montenegro and the remainder of the Montenegrin coast. The Sozina tunnel, constructed in 2006, reduced the distance between Podgorica and the city to roughly 50 kilometers (31 mi). The Adriatic highway, which runs from Ulcinj to Herceg Novi and on to Croatia, connects Bar to other coastal cities. Bar is also the terminus of the Belgrade – Bar railway line, which links the city with Podgorica, northern Montenegro, and Serbia. Podgorica Airport is about 40 kilometers (25 miles) from Bar. Flights are available to Belgrade, Budapest, Zürich, Frankfurt, Ljubljana, Paris, Rome, and Vienna on a regular basis.