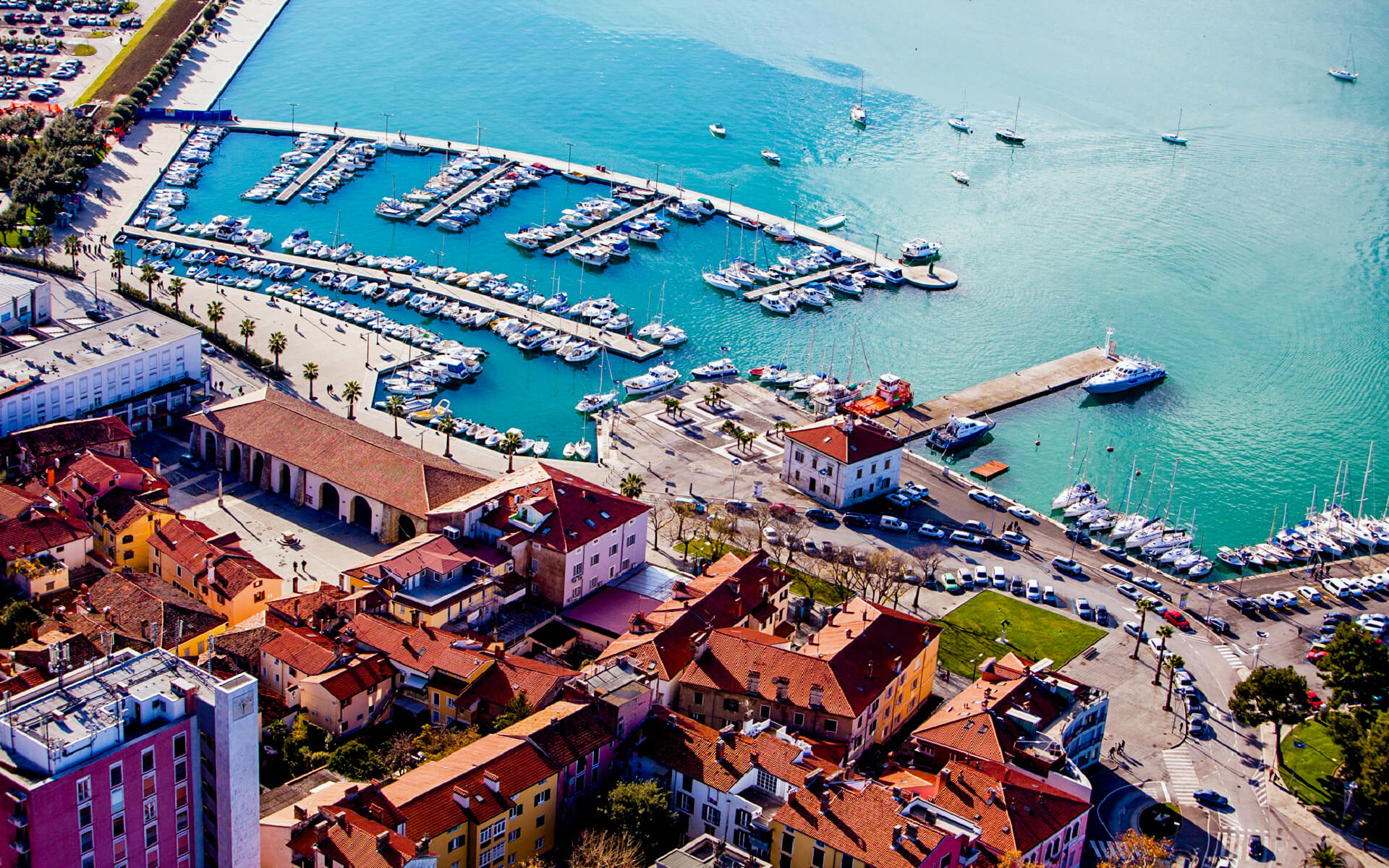 Koper is a city in southern Slovenia, along with the other Slovenian coastal towns of Ankaran, Izola, Piran, and Portorož, on the country’s 47-kilometer (29-mile) coastline in the Istrian Region, about five kilometers (3.1 miles) from the border with Italy. It is regarded as a major national natural resource due to its unique ecosystem and biodiversity. The city’s Port of Koper is a substantial contributor to the namesake city municipality’s economy. With just 1% of Slovenia having a coastline, the Port of Koper’s effect on tourism was a factor in Ankaran’s decision to leave the municipality in a vote in 2011 to form its own. The city is a stop on many Mediterranean cruise lines. The city anticipates 65 cruise ship visits in 2016, with the season running from March to December (for example, Norwegian Spirit, MSC Magnifica, Norwegian Jade, MS Rhapsody of the Seas…). With a population of over 25,000 people, Koper is the primary urban center in Slovenian Istria.

Koper is an officially bilingual city, having Slovene and Italian as official languages. The 15th-century Praetorian Palace and Loggia in Venetian Gothic style, the 12th-century Carmine Rotunda church, and the Cathedral of St Nazarius, with its 14th-century tower, are among the sights of Koper.

Koper is also a major road entrance point into Slovenia from Italy, which is located to the municipality’s north. The major highway crossing is at Spodnje Škofije, just north of Koper. The highway continues via Rabuiese and Trieste. Koper is also connected by train to the capital city, Ljubljana. There is a crossing on the shore at Lazaret into Lazaretto in Muggia municipality, Trieste province. San Bartolomeo is the name of the Italian border crossing.

Koper has a humid subtropical climate (Cfa). Even in the driest month, Koper receives a lot of rain. According to the Köppen-Geiger climate classification, its climate is Cfa. The average temperature in Koper is 14.4 °C (57.9 °F). The average annual rainfall is 1,056 mm (42 in).

The port of Koper, which was founded during the Roman Empire, has played an essential role in the development of the region. It is one of the region’s biggest and one of the most significant transit routes for products traveling from Asia to central Europe. Unlike most European ports, which are controlled by port authorities, the Port of Koper’s operations include the administration of the free zone region, the management of the port area, and the function of terminal operator.