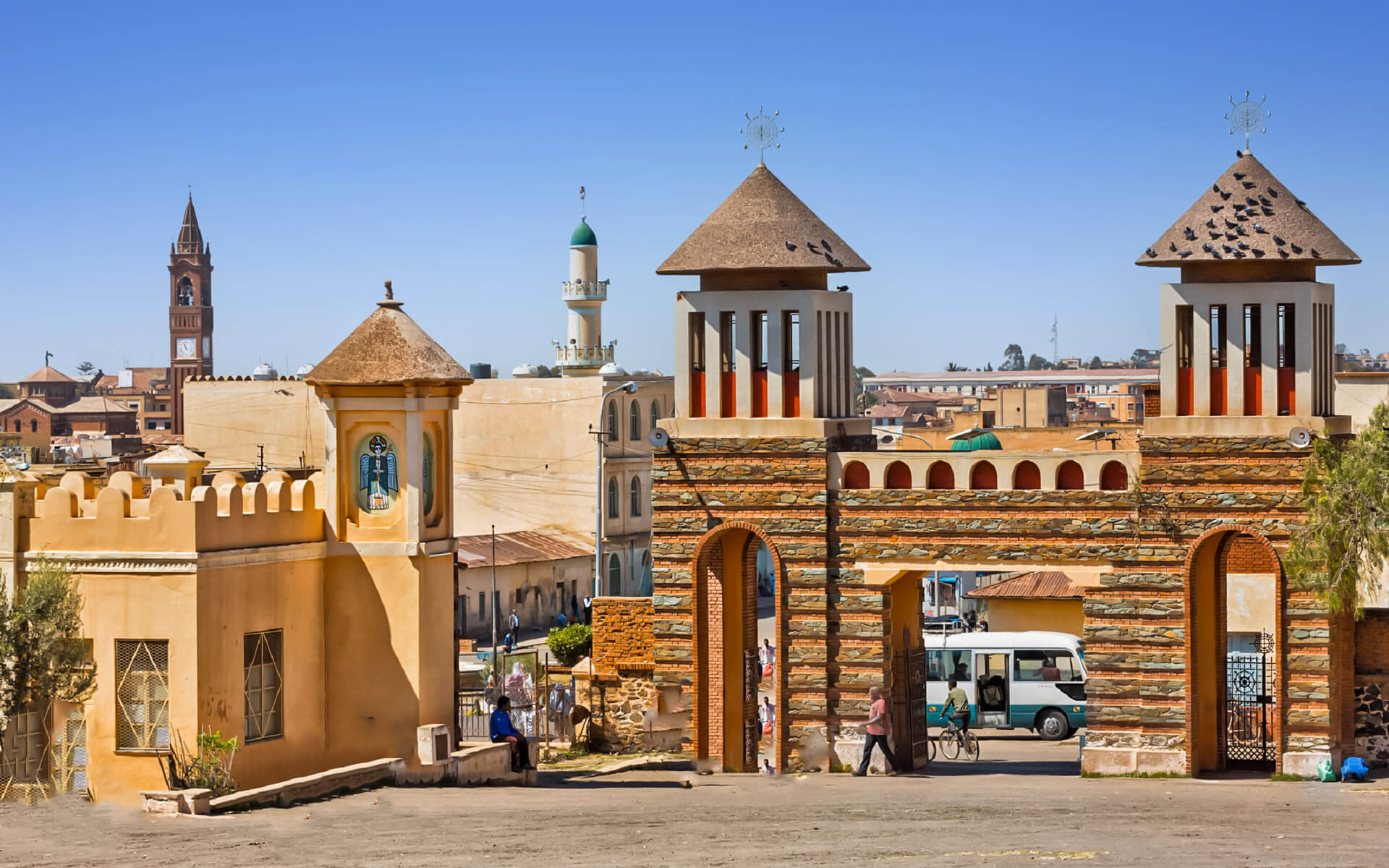 Asmara, Eritrea’s capital, is a fusion of Italian and African architecture and culture. Asmara, a thriving metropolis of almost half a million people, was founded in the eleventh century by a coalition of communities striving to defend themselves from robbers.

The city has been ruled by numerous empires and nations throughout its history, notably the Italian Empire in the late 1800s, the British after WWII, and Ethiopia since 1950. Asmara was freed in 1991 after a long and violent conflict with Ethiopia, and became the capital of a nation that had been without self-rule for two centuries.

It’s impossible to go down a street in Asmara nowadays without coming across an ancient Italian building. Mussolini, the Italian dictator, poured vast sums of money into the city in the early 1930s with the objective of making it the heart of a second Roman Empire that encompassed Africa. Architects were scarcely restricted by their imaginations, and the city center was essentially rebuilt from the ground up. Not only were churches created in the ancient-Romanesque style, but so were countless offices inspired by the cubism and futurism architectural trends.

The colonial Italian architecture of Asmara is the city’s principal attraction. “Kombishtato” (a creol of the neighborhood’s original name: Campo di Citta) is a nickname for the palm-lined main boulevard “Independence Avenue.” It’s lined with cafés, restaurants, stores, and old movie theaters, and it makes for a pleasant mile-long promenade between the north end, where the “half” stadium is located (you’ll see half a bleacher), and the south end, where the Nyala Hotel, the city’s highest structure, is located.

The vibrant and lively marketplace of Asmara is located behind the cathedral on the road to its right (as viewed from the church’s main entrance on Independence Avenue). It’s a wonderful spot to practice haggling and pick up some trinkets.

While having a wonderful well-chilled beer from the Nyala Hotel’s top-floor café, one may enjoy a fantastic view of the city. Asmara’s beer, rightly dubbed “Asmara Beer,” is very delicious. The National Museum, located behind the hotel on a quieter street, has an outstanding collection covering the country’s six millennia of civilisation.

Asmara has a unique kind of steppe climate, with warm but not scorching summers and pleasant winters.

Temperatures are rather pleasant for a city situated not far from deserts, thanks to its height of 2,325 meters (7,630 feet).

The rainy season in Asmara lasts just two months, from July to August. In fact, these two months account for almost 60% of Asmara’s yearly precipitation.

The city is situated at a height of 2,325 meters above sea level. It is located on the Eritrean Highlands, a north-south trending extension of the Ethiopian Highlands. Asmara is located in the temperate central region, on a rocky highland plateau that divides the western lowlands from the eastern coastal plains.

The areas around Asmara, particularly those to the south in Eritrea’s Debub Region, are very fertile. The Asmara highlands give way to the eastern lowlands, which are characterized by the scorching heat and humidity of the Eritrean salt pans, which are lapped by the Red Sea.

The Gash-Barka Region, to the west of the plateau, is a huge semi-arid hilly region that runs all the way to the Sudanese border.

As the capital and biggest town in Eritrea, Asmara is home to the majority of Eritrean enterprises. The city was originally a manufacturing center.

Asmara served as the administrative and commercial capital of Italian East Africa during the colonial era. Many enterprises were shuttered or transferred outside of the city when the British invaded the nation in 1941. Under Ethiopian occupation, this tendency persisted.

If you're only in Asmara for a short time, the best thing to do once you've finished touring in the city is to travel to the outskirts, where the landscape is at the very least breathtaking.Unless you are from a high altitude location, you will require a few of...

Gold and silver jewelry are inexpensive in Asmara and are unquestionably a steal by global standards. The same goes for frankincense and myrrh (if you have any use for them).Otherwise, most visitors purchase local home-spun and gold-thread embroidered cotton clothes, traditional goat-skin rugs, olivewood sculptures, clay coffee-pots, and other...

Asmara's nightlife is frequently seen as calmer than that of most other nation capitals, however there is a decent selection of local bars. Prostitution is legal and widespread.Mocambo, Downtown (Look for the basement).  Warsai. It's a bit out of the way and a little sleazy.Asmara Palace Hotel's Green Pub. On Wednesday, Friday, and...