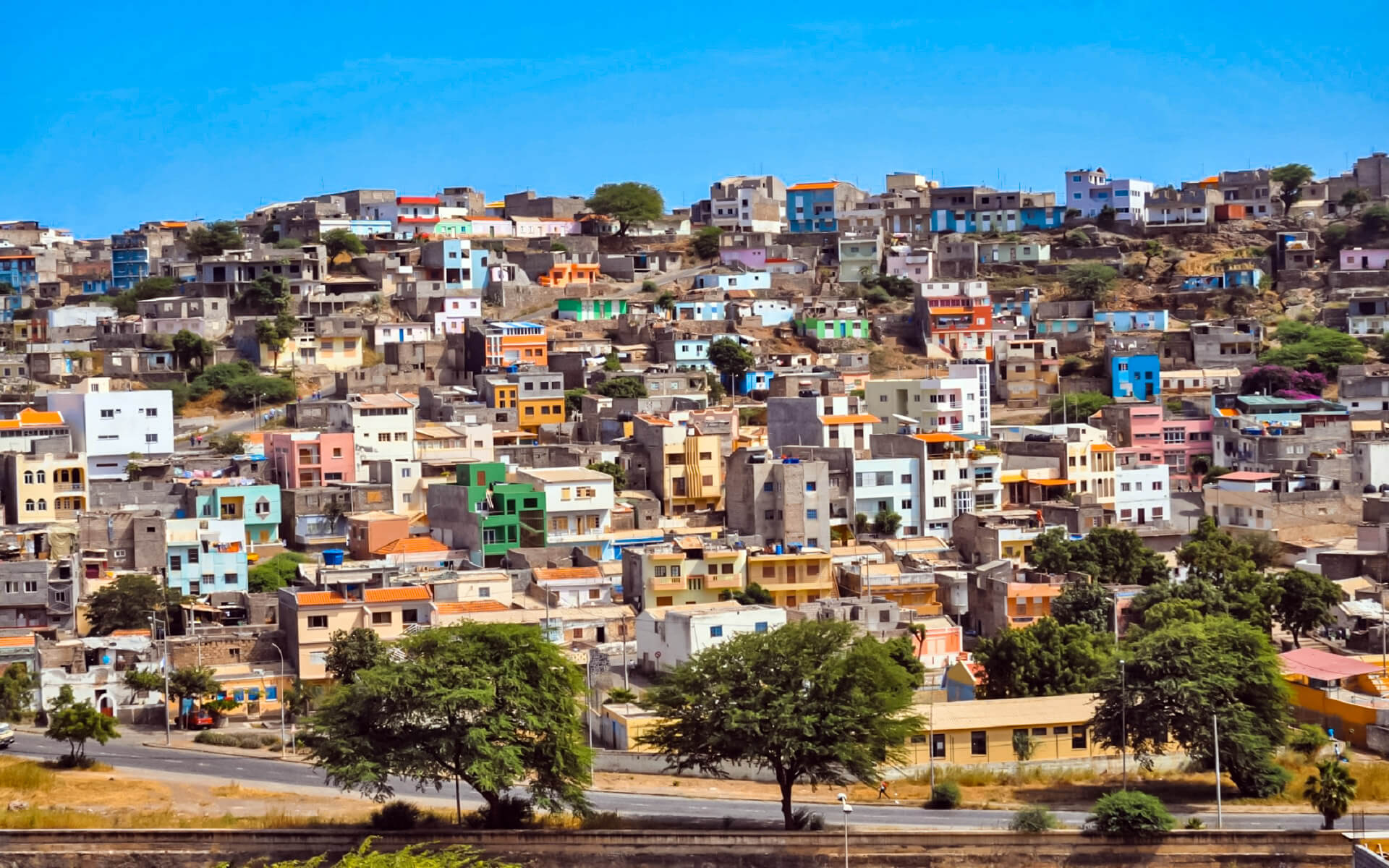 The capital and main city of Cape Verde, an island republic in the Atlantic Ocean west of Senegal, is Praia, which means “beach” in both Portuguese and Cape Verdean Creole.

It is located on the southern shore of the Sotavento Islands group’s Santiago island. It has one of the country’s four international airports and serves as the island’s ferry port. Because of its position on a tiny plateau, the city center is known as Platô.

Praia is Cabo Verde’s capital, a commercial hub, and a port where coffee, sugar cane, and tropical fruits are shipped. There is also a fishing business in Praia, as well as tourist beaches nearby. It is the administrative center of the Praia municipality.

Praia has a temperate desert climate with a brief rainy season and a long, noticeable dry season. In reality, Praia receives very little precipitation outside of the months of August, September, and October.

Its temperature patterns mimic a tropical climate since the coldest month is far over 18 °C (64 °F), but it lacks enough precipitation to be categorized as such.

Due to its oceanside position on Santiago Island, Praia seldom gets particularly hot or very cold, despite its dry climate. With an average high temperature of 27 °C (81 °F) and a low temperature of 23 °C (73 °F), the weather is pleasant and consistent.

Praia may be regarded as a collection of plateaus and their adjacent valleys from a geographical standpoint. These plateaus are often referred to as achadas (Achada de Santo António, Achada de So Filipe, Achada Eugénio Lima, Achada Grande, Achadinha, and so on — achada is a Portuguese term for a volcanic plateau), but the central one is referred to as Plateau (in Portuguese itself). The majority of the urban settlement is built on top of the plateaus and along the valleys. The Santa Maria islet is located in front of the same-named beach (today more known as Gamboa).

For a long time, only the Plateau was considered the city, with the rest of the communities being demoted to the status of outskirts. The Plateau did not unite with the other areas until after independence to form what is currently known as the City of Praia.

Praia’s economy is based mostly on services, with some industries thrown in for good measure.

Some industries, like as fishing, are situated on the shore or in distant districts (rendering of agricultural products, materials for civil construction, etc.)

Praia’s primary economic activity are in the tertiary sector. Aside from municipal and national administration and government, there is a plethora of trade, services (health care, education, tourism, restaurants and hotels, public events, and so forth), and other liberal activities.

BY PLAINPraia is serviced by Nelson Mandela International Airport, which is located around 3 kilometers northeast of the city.TACV (the national airline) and a few European and African carriers provide flights to a variety of locations across Europe, Africa, South America, and the United States. Domestic flights are also...

The plateau is home to a significant number of attractions. It was defended from enemies approaching by water by the ancient city wall, equipped with antique cannons. The governmental district is located in the city's southern section.BuildingsPraia town hall (Antiga Câmara Municipal). The town hall, built in neoclassical style with a...

BudgetSovaco de Cobra. Locals love this down-to-earth eatery.Café Cachito, Praça Albuquerque,  +238 2 619278-9 915740. The town's oldest bar, situated in the main plaza.Cybercafé Sofia, +238 2 617546. It's a nice spot to enjoy some local cuisine while watching the world go by. Expats and the chess community in the area love it.Mid-rangeRestaurante Punto D'Incontro, Avenida...

Praia has a number of marketplaces. It's worth a visit even if you don't plan to purchase anything if you want to see a true African market. One of the patterned, colorful linens manufactured in the countryside is a nice keepsake to carry home.Mercado Municipal (Mercado Central), Avenida Amílcar Cabral. From early...

Praia, being the nation's capital and largest city, has a higher crime rate than the rest of the country. The majority of crimes involve minor stealing, with the majority of victims being locals rather than visitors, however there have been a few occurrences involving foreigners. So, although Praia is...