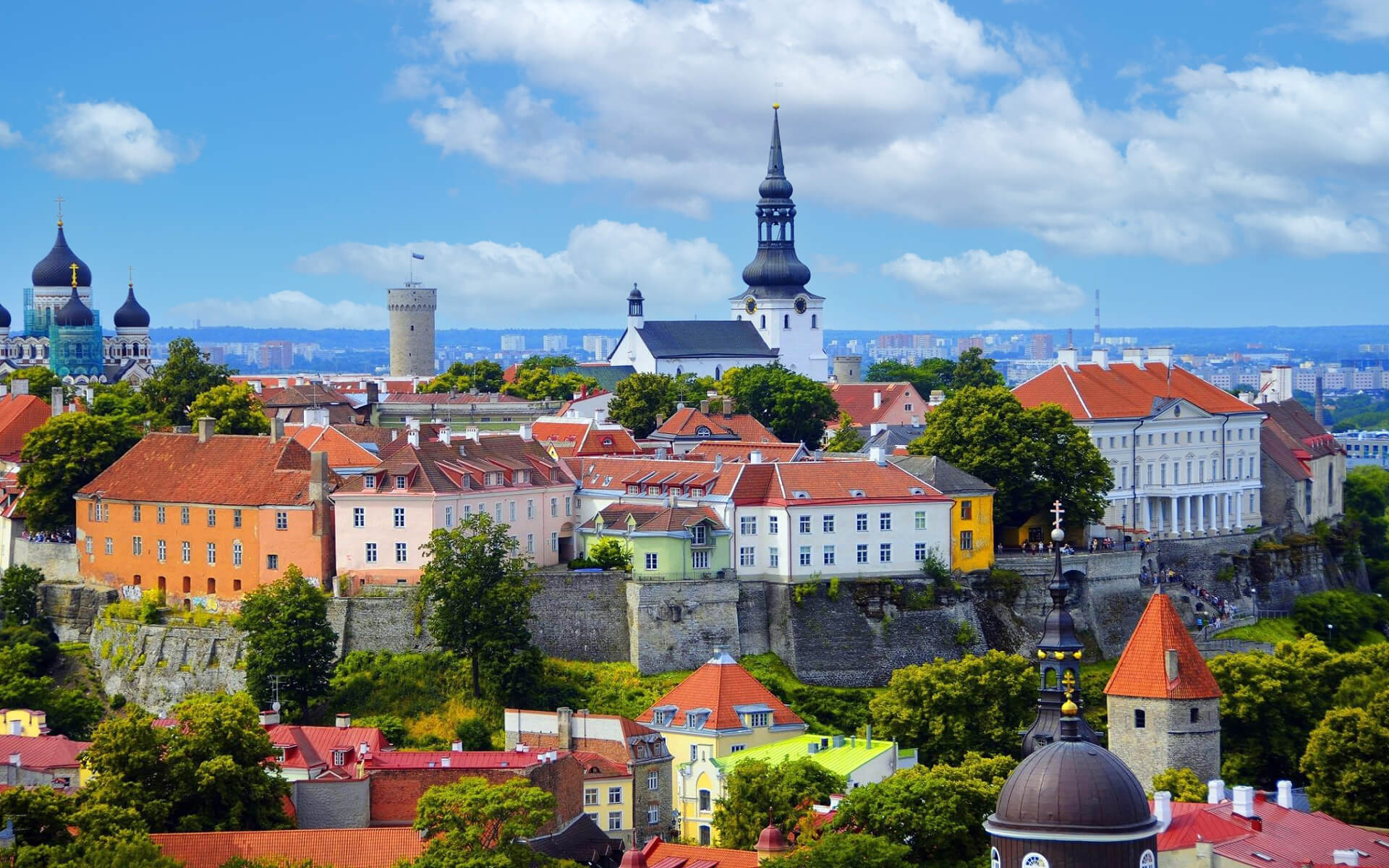 It is located on the country’s northern coast, on the coastline of the Gulf of Finland, 80 kilometers (50 miles) south of Helsinki, east of Stockholm, and west of Saint Petersburg.

Tallinn’s Old Town has been designated a UNESCO World Heritage Site. It is classified as a global metropolis and is one of the top ten digital cities in the world. In 2011, the city was named a European Capital of Culture, jointly with Turku, Finland.

Tallinn is home to around 32% of Estonia’s total population.

Tallinn welcomes about 1.5 million tourists every year, a statistic that has continuously increased over the last decade.

Tallinn’s Old Town, a UNESCO World Heritage Site, is a popular tourist destination, as are the Estonian Maritime Museum’s Seaplane Harbour, the Tallinn Zoo, Kadriorg Park, and the Estonian Open Air Museum. The majority of visitors are from Europe, but Tallinn is also becoming more popular with tourists from Russia and the Asia-Pacific area.

Tallinn Passenger Port is one of the busiest cruise ports on the Baltic Sea, with over 520,000 cruise passengers served in 2013. Regular ship turnarounds have been organized in collaboration with Tallinn Airport since 2011.

Tallinn is a lively, shining metropolis of almost 400,000 people. Tallinn, despite its big gleaming towers and corporate offices, preserves an inner appeal seldom seen elsewhere. Estonia considers itself a Northern European/Nordic country, with close ethnic, linguistic, and cultural ties to Finland, and visiting Tallinn, you will find a mix of at least three architectures in this very visual city—old Europe (the city walls with rustic buildings and charming living areas with well-preserved and colorful wooden houses of bourgeois taste of the 1920s), Soviet brutalist (concrete apartment blocks), and modern Europe (including McDonald’s).

Tallinn values tourism, and this is most evident in the old town, where practically every door leads into a souvenir store, restaurant, or bar. The bulk of tourists are, unsurprisingly, day trippers from Finland. The neighbors across the harbor typically know their way around without a map and having visited the sites of Tallinn a few times. They come to enjoy inexpensive costs on almost all products and services, from restaurant meals to petrol and even cosmetic surgery, not to mention as much booze as customs restrictions allow you to carry into Finland!

Because of its seaside position, winters are chilly yet moderate for its latitude. The average temperature in February, the coldest month, is 4.3 degrees Celsius (24.3 degrees Fahrenheit). During the winter, snowfall is prevalent.

Tallinn is located in northwestern Estonia, on the southern shore of the Gulf of Finland.

Lake Ülemiste (9.44 km2 (3.6 sq mi)) is Tallinn’s biggest lake. It is the primary supply of drinking water for the city. Lake Harku is Tallinn’s second biggest lake, with an area of 1.6 square kilometers (0.6 sq mi). Tallinn is not situated on a major river. Tallinn’s sole notable river is the Pirita River, which flows through Pirita, a city area classified as a suburb.

Tallinn’s highest point, at 64 meters above sea level, is located in Hiiu, Nmme District, in the city’s south-west.

The seashore stretches for 46 kilometers (29 miles). It is made up of three larger peninsulas: the Kopli peninsula, the Paljassaare peninsula, and the Kakumäe peninsula.

Tallinn is Estonia’s financial and economic capital. The city’s economy is very diverse, with specific strengths in information technology, tourism, and logistics. Tallinn was named one of the world’s seven brightest cities by the Daily Mail. Tallinn now generates more than half of Estonia’s GDP. Tallinn’s GDP per capita in 2008 was 172 percent of the Estonian average.

Wi-Fi is provided in many public spaces, as well as restaurants, hotels, and pubs, and many of them are free to use.

If you wish to send a post card, almost every store that sells goods also sells post cards. However, they seldom have stamps.