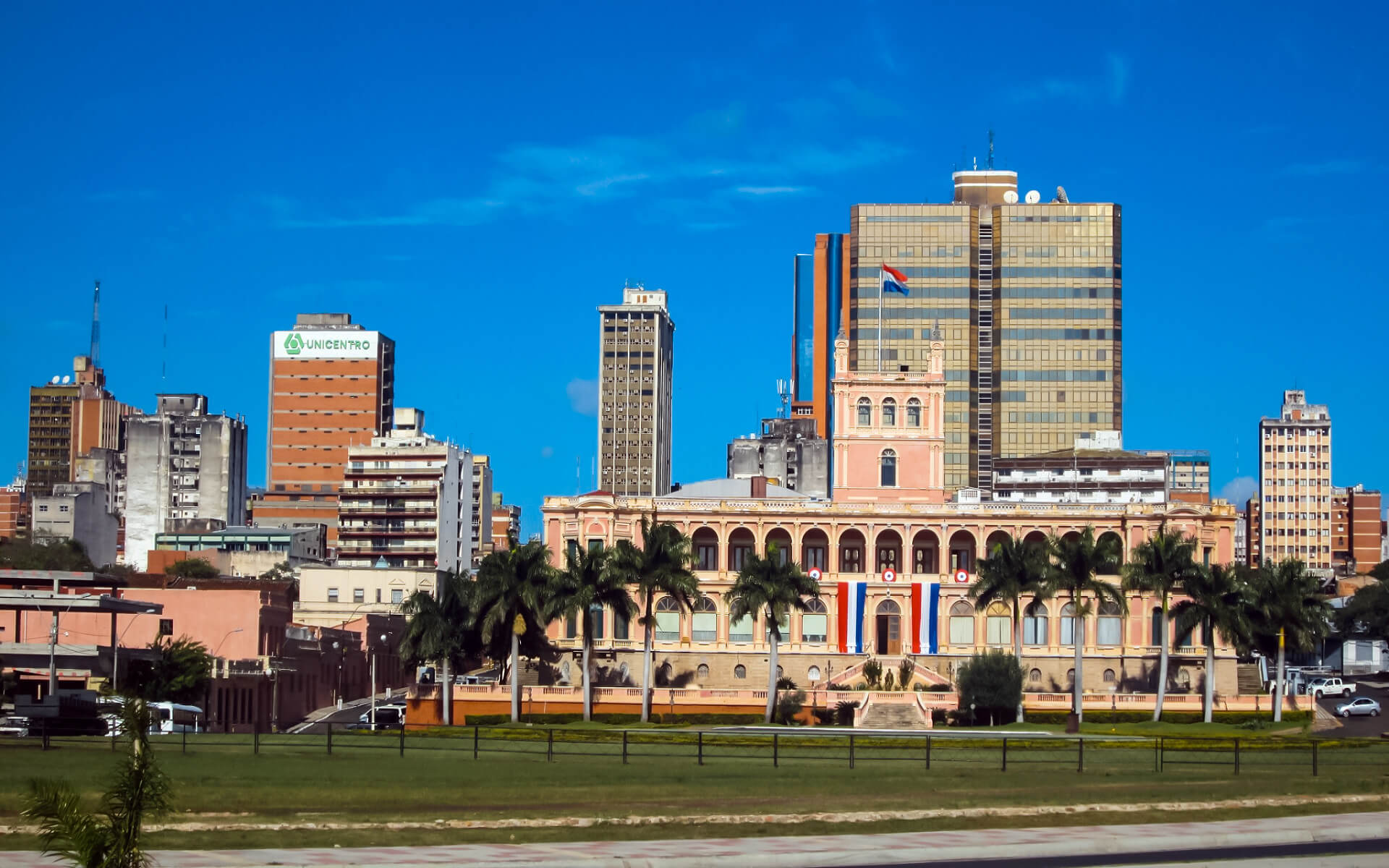 The Ciudad de Asunción is a self-contained capital district that is not part of any department. The Gran Asunción metropolitan region comprises the Central Department cities of San Lorenzo, Fernando de la Mora,Lambaré, Luque, Mariano Roque Alonso, emby, San Antonio, Limpio,Capiatá, and Villa Elisa. The metropolitan region of Asunción has a population of almost 2 million people. The Municipality of Asunción is listed on the Asunción Stock Exchange with the symbol BVPASA: MUA, which is a first for any city.

The metropolitan region of Asunción is home to 2.2 million of Paraguay’s 6.6 million people. It is a youthful city, with 65 percent of its people under the age of 30. Outside of hotels and tour companies, few people speak English, so getting by without at least some basic Spanish may be difficult. The city center (microcentro) closes from Saturday afternoon to all Sunday, and the city may appear deserted, but the bustle is in the neighborhoods of Villa Morra and Carmelitas, which are home to the main shopping centers, department stores, boutiques, as well as cafés, fast food restaurants, and cinemas, and they are open on weekends.

Many previous majestic structures in the microcentro used to be in disrepair, but the government began restoration work in 2011 in preparation for Paraguay’s Bicentennial Celebrations, and the city has now regained much of its former beauty. You may take a cab journey at night and experience it fully lighted. This neighborhood has several bars, taverns, and restaurants, as well as a new riverfront promenade (costanera).

Asunción is located close south of the Tropic of Capricorn, resulting in a subtropical climate. That entails extreme heat, particularly during the South American summer (winter in the Northern Hemisphere). Between December and March, temperatures may routinely exceed 38 °C / 100 °F, and humidity levels can be oppressive. Nonetheless, the weather varies significantly from week to week. When the sun shines, you bake, and when the rains hold off for a few days, it may be quite dry. The rains are torrential and cause the temperature to plummet drastically. Then the clouds gather and the temperature drops.

Asunción is between the parallels of 25° 15′ and 25° 20′ south latitude and the meridian of 57° 40′ and 57° 30′ west longitude. The city is located on the left bank of the Paraguay River, practically at its confluence with the Pilcomayo River. In the northwest, the Paraguay River and the Bay of Asunción divide the city from the Occidental Region of Paraguay and Argentina in the south. The Central Department encircles the remainder of the city.

With its position along the Paraguay River, the city provides a variety of sceneries; it is laid out in a pattern of rectangular blocks over moderate slopes. Cerro Lambaré, a hill in Lambaré, puts on a stunning spectacle in the spring due to the flowering lapacho trees. Parks such as Parque Independencia and Parque Carlos Antonio López are popular tourist destinations because they have extensive expanses of characteristic Paraguayan nature. Throughout the city, there are various tiny hills and somewhat raised places, like Cabará, Clavel, Tarumá, Cachinga, and Tacumb.

In terms of trade, this sector has expanded significantly in recent years, reaching out to the suburbs with the construction of shopping malls and supermarkets. The BVPASA, Paraguay’s only stock exchange, is situated here. It lists the city as BVPASA:MUA.

Asuncion is home to some of the world’s largest corporations, enterprises, and investment organizations. This is Paraguay’s economic capital, followed by Ciudad del Este and Encarnación.

Internet cafes are located around the city and typically cost between 3,000 and 5,000 Gs. per hour. Generally, connection speeds are adequate. If you’re traveling with a laptop or a Wi-Fi-enabled phone, finding free Wi-Fi signals is quite simple. Numerous eateries provide free Wi-Fi.