The three Baltic states Estonia, Latvia and Lithuania will captivate you with theirs beauty, rich cultural-historical heritage, architecture, which fascinate visitors. These countries haven’t been sufficiently studied and known, and theirs beauty and history certainly deserve to become a significant and unavoidable tourist destination. Their main cities Riga, Tallinn and Vilnius are vibrant metropolis and a perfect blend of old and new. 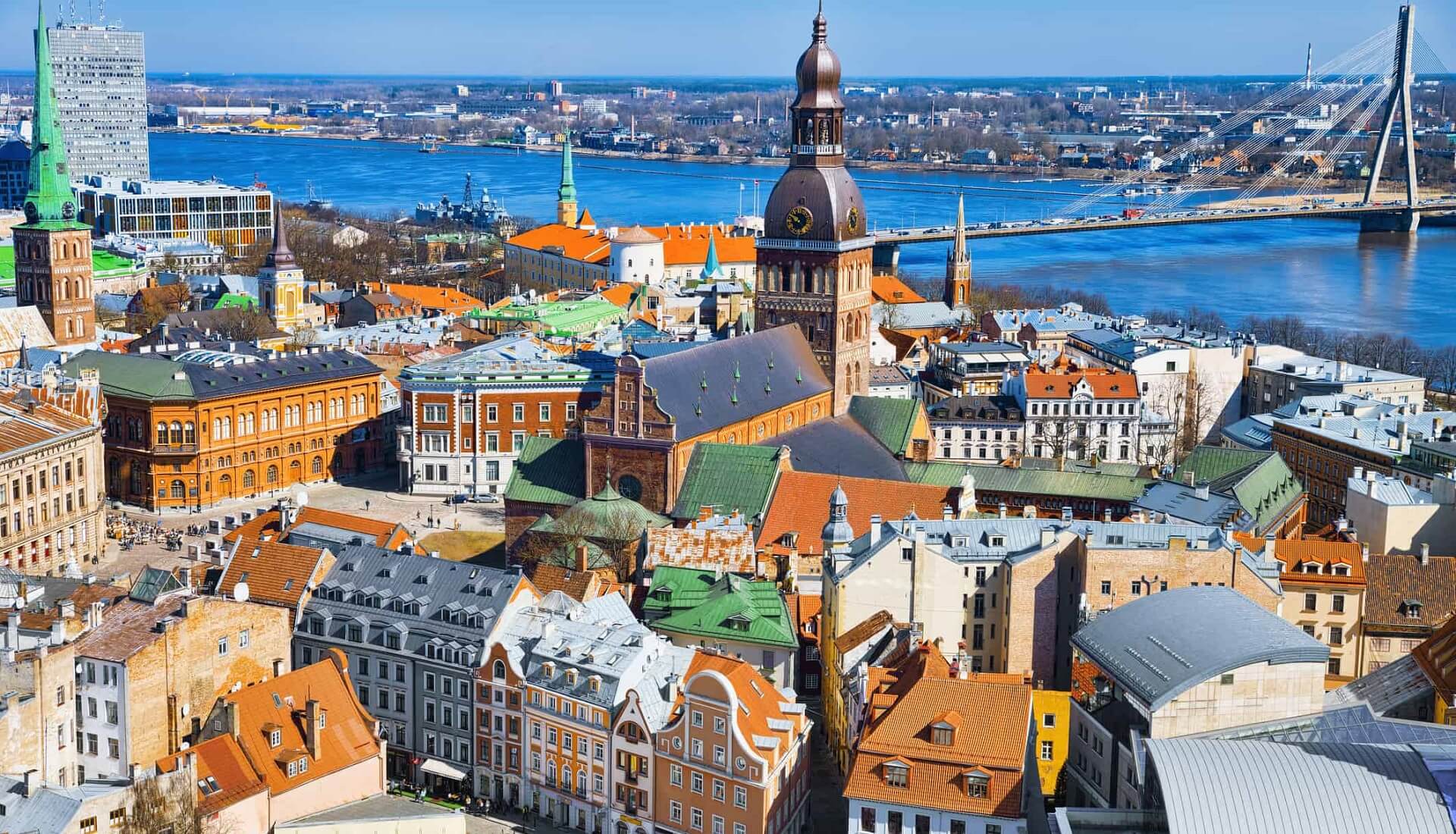 Riga, the capital of Latvia, has always been a metropolis with an extraordinary atmosphere. This is a lively and exciting city that remains in memory after visiting it. It has a 500-meter wide river Dogava. The old part of the city is under UNESCO protection and is reminiscent of a fairytale castle. Riga has started to develop in recent. Less than half the population of Riga are real Latvians, while the Russians are in the majority. In Riga you must see the Riga’s castle, the National museum, the Russian church, the Monument of freedom, Laima clock, the National opera, Museum of Occupation, Market city assembly, Torna street, Sweden gate, a Gunpowder mill, “Cat house”, the church of St. Peter … 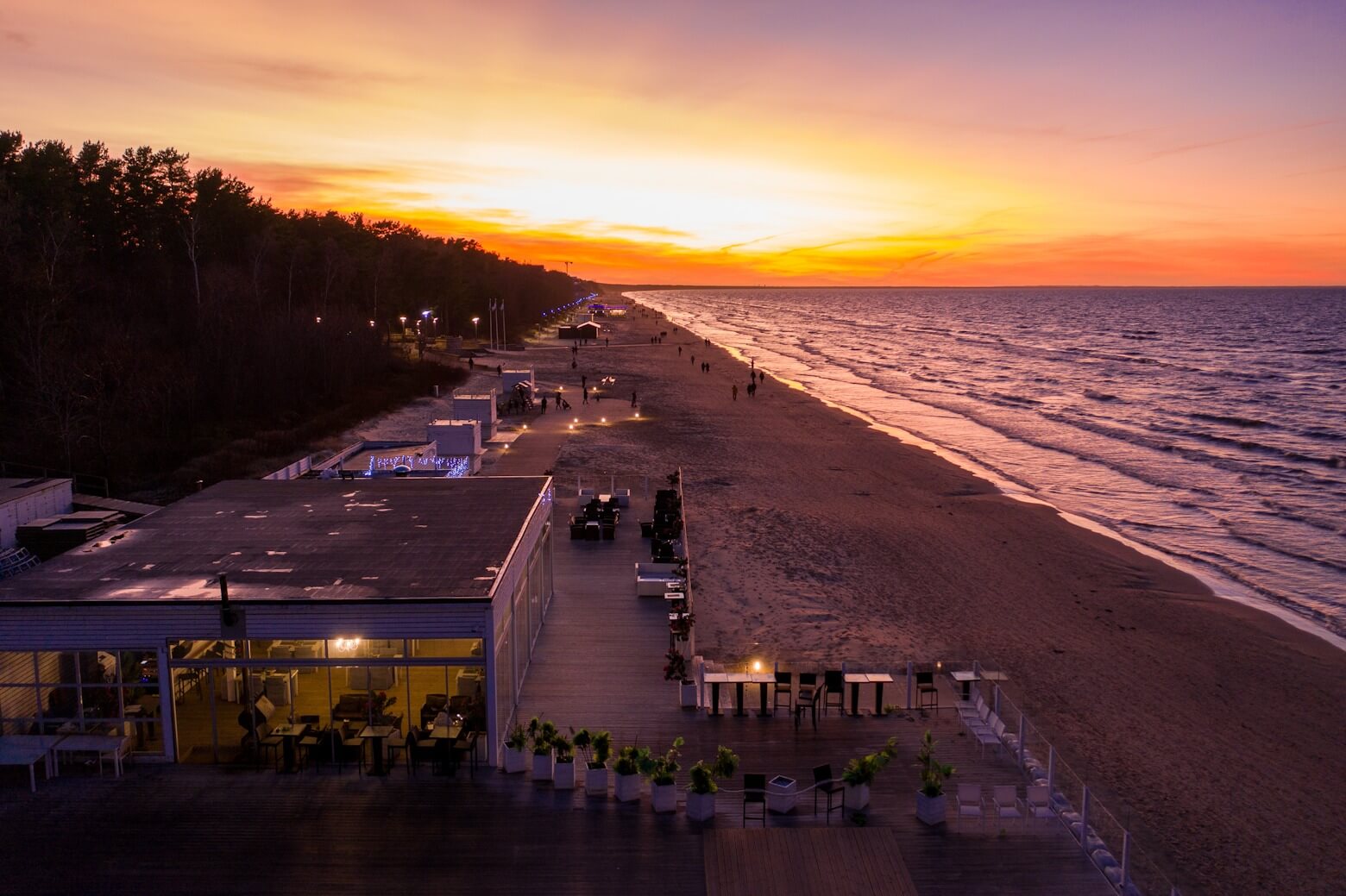 You shouldn’t miss a tour of Jurmala, a seaside town with a tradition of 150 years. When we are talking about the sights you should see Turaida and Sigulda. Tallinn, capital of Estonia, is under the protection of UNESCO since it retained the image of the middle ages. The tour includes Toompea castle, cathedral from the 13th century, the russian orthodox church of Alexander Nevsky, the city hall square from 15th century, the church of St. Olaf. You should visit “Rocca al Mare“- open air museum, which is a unique collection of old estonian buildings arranged on 79 hectares. Rural homes, windmills and water mills from various periods and regions were brought here in 1957 when the museum was founded. 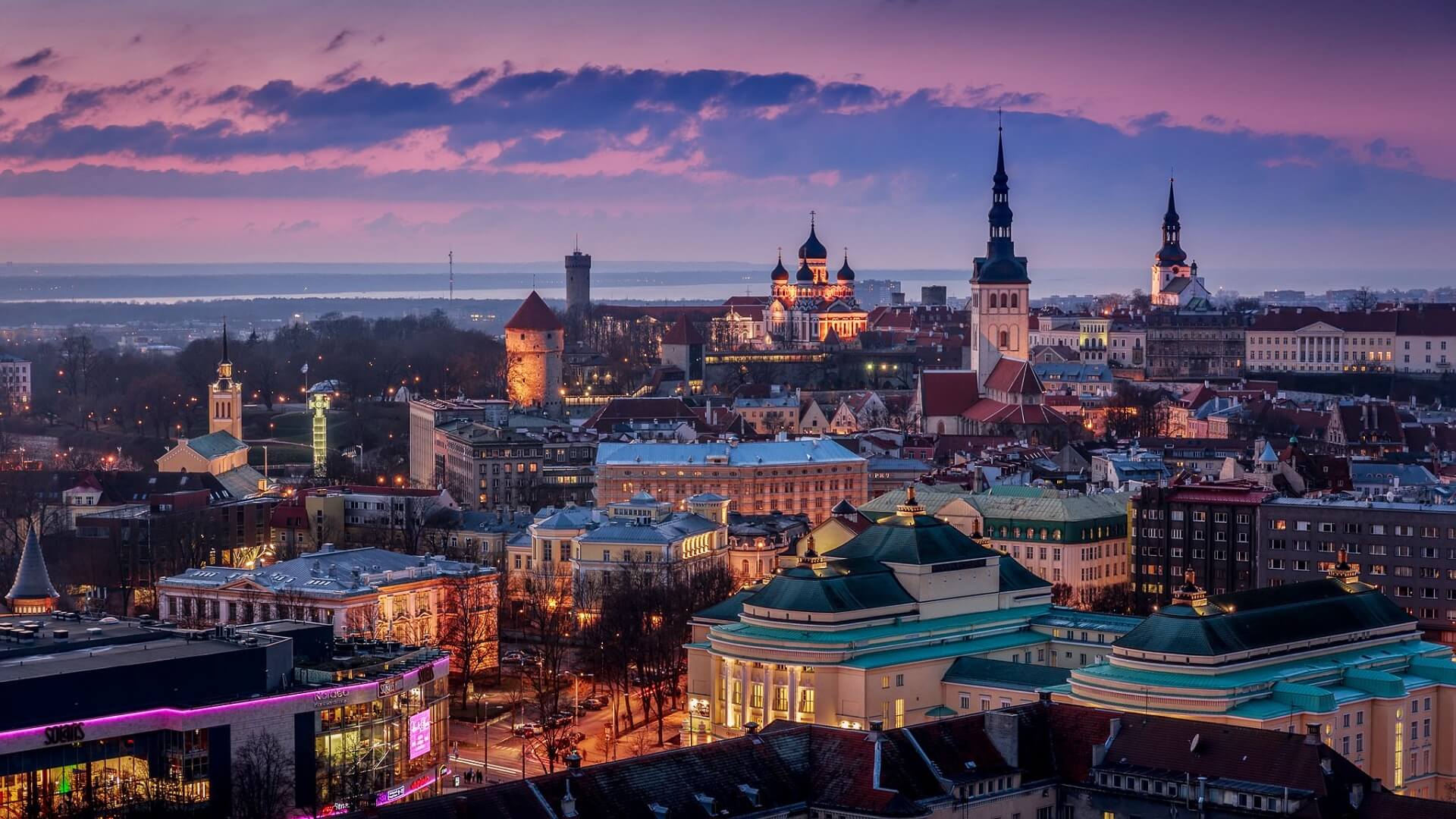 Tallinn is rich with art deco cafes and pastry shops that serve strong coffee. There are numerous restaurants where you can try food from anywhere in the world. Nightlife in the city is very appealing and there are various clubs and bars that are located in the Old Town. Culture is at a high level so they regularly organize choirs, pop, rock and jazz concerts. 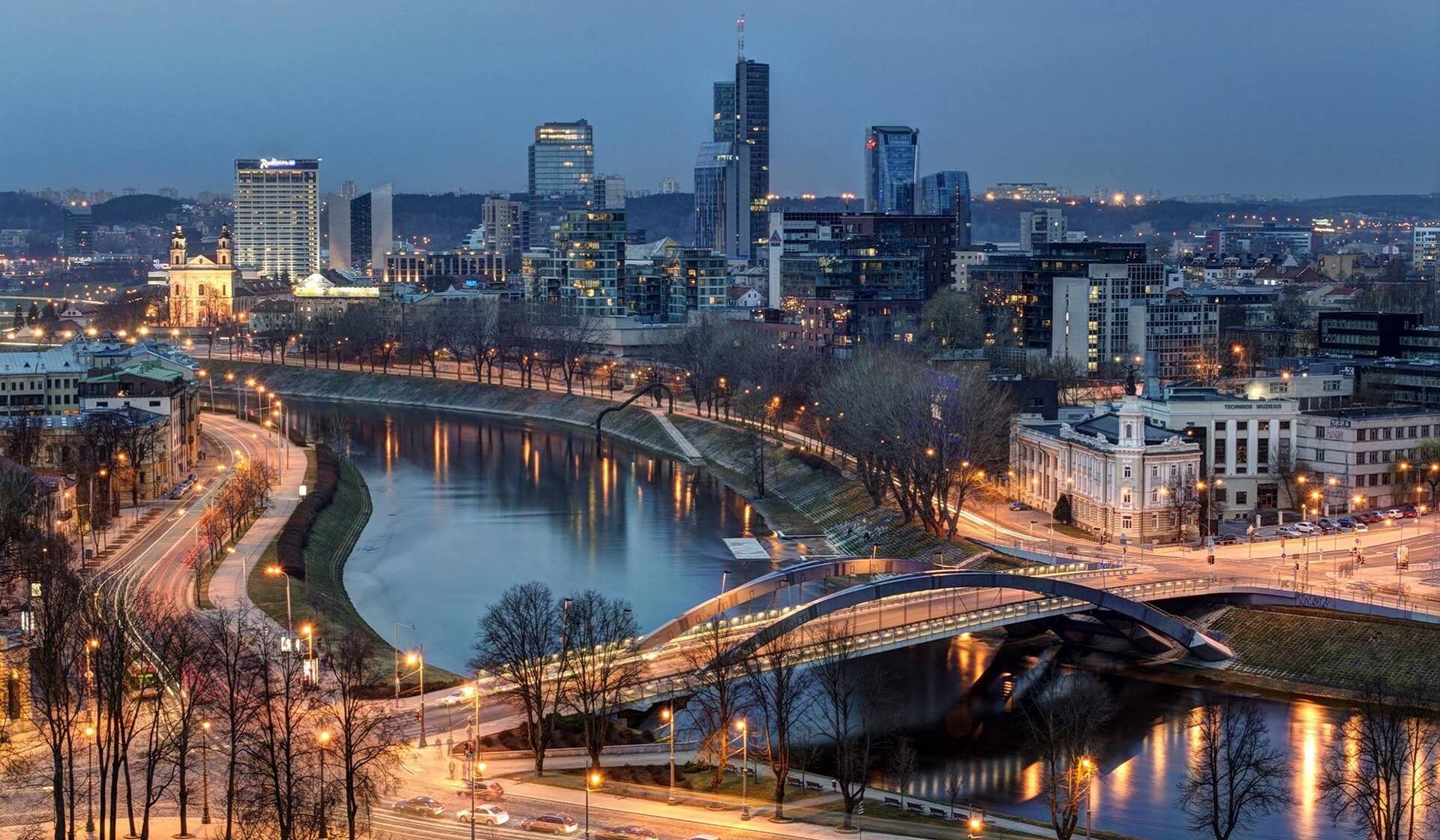 Beautiful and unusual lithuanian capital Vilnius wins visitors with the charm of it’s old core. On the horizon you can see the dome of the orthodox and catholic churches. UNESCO has declared Vilnius for the most baroque city. The city is changing in recent years, and spawned modern buildings, bars and cafes. In the center of the cathedral with the church tower built on the site of an ancient pagan temple dedicated to the god Perkunas and originally incorporated in the system of fortifications of the lower castle. Walking through the narrow winding streets you will find a church of St. Anne – the jewel of gothic architecture, the church of St. Peter and St. Paul. 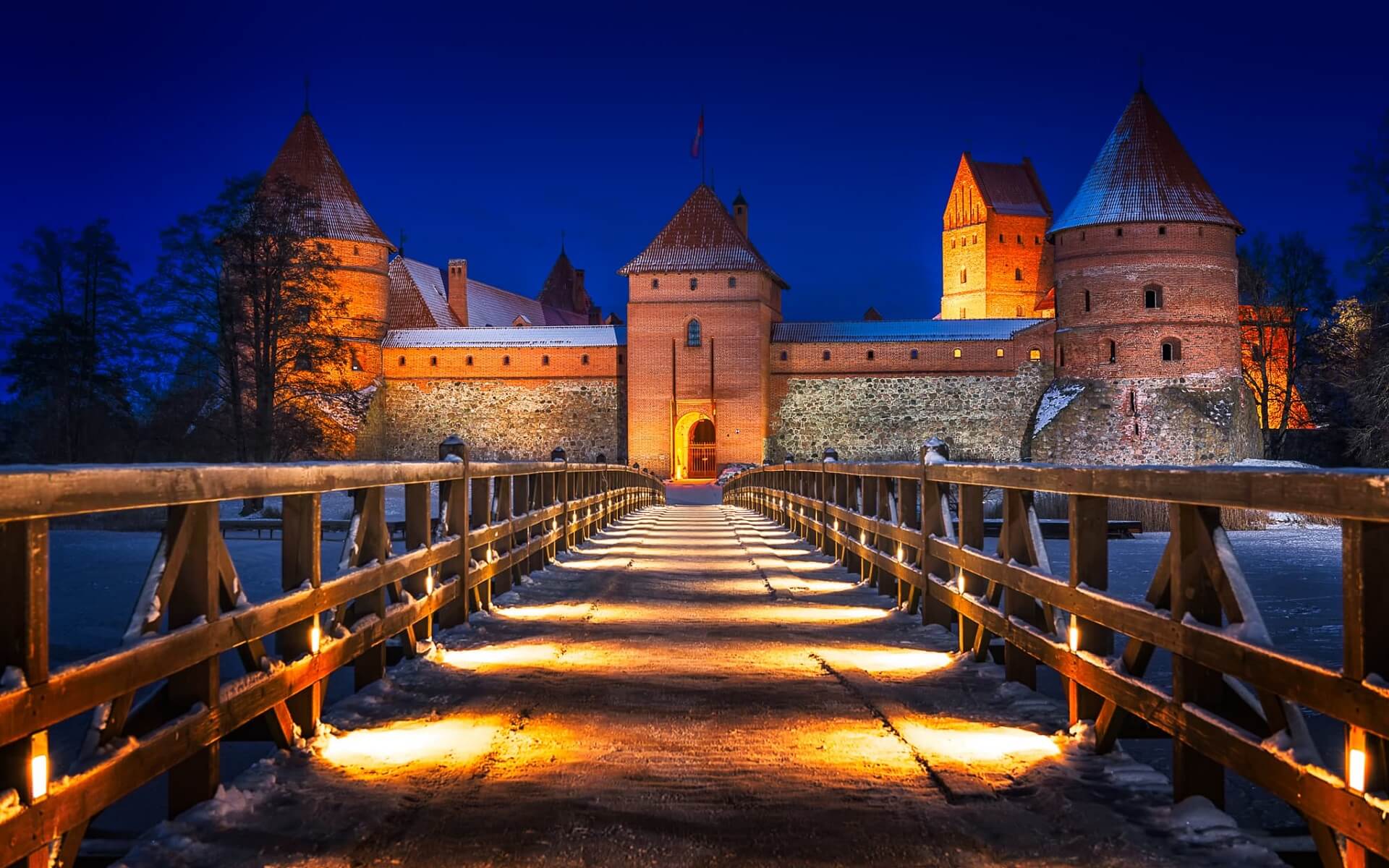 Trakai is the former capital of Lithuania, the fairytale castle of red brick, with all sides surrounded by the calm waters of lake Galvė. At the castle from the 14th century is now a museum of art. At only 12 kilometers is Sjauljaj an “hill of crosses“. It is known as the “city of prayer” or “holy mountain”, a place where believers over the centuries erected the crosses of various sizes and now there are more than one hundred thousand. Rundale palace is one of the most magnificent masterpieces of baroque architecture of the baltic countries and was built in the first half of the 18th century by italian architect Grids, baroque genius.