When in 1970 a law was passed prohibiting the construction, all the houses with ceilings, arcades and flowery balconies, were placed under protection. No one is allowed to jeopardize the authenticity of yellow, red, blue and pink buildings. Legal construction or restorations, by law, have to conform to “guidelines laid down by the Greek culture ministry’s so the place has maintained a unique look and shine. 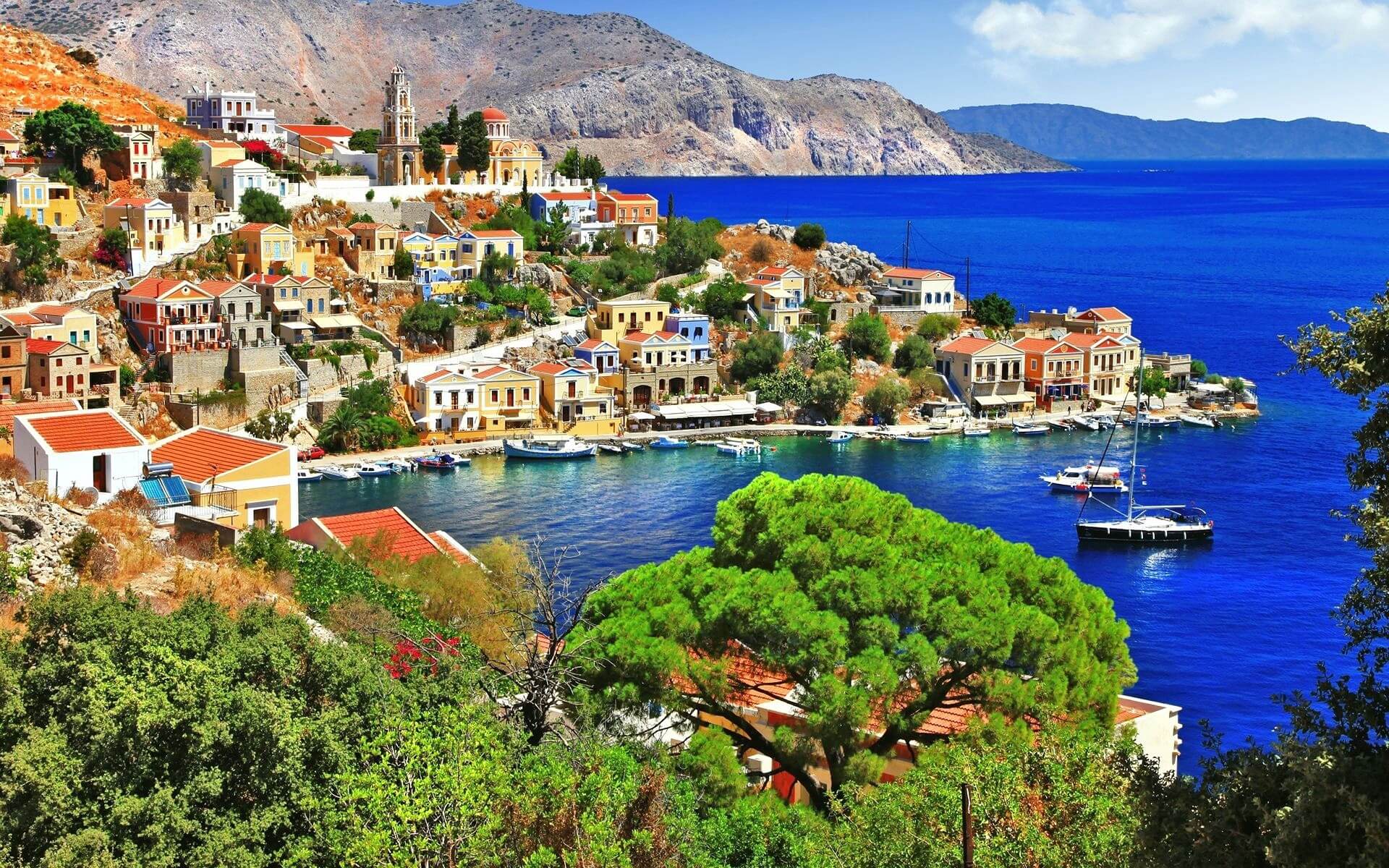 Syme is a Greek island near the Turkish coast, with 58 square kilometers, has preserved the old charm that is hard to remain indifferent to. Syme is now a fashionable resort, but you can book a full day cruise from Rhodes for 30 euros per person, which is only about 40 kilometers, or two hours away by boat, you can be “fashionable” at least for a day. 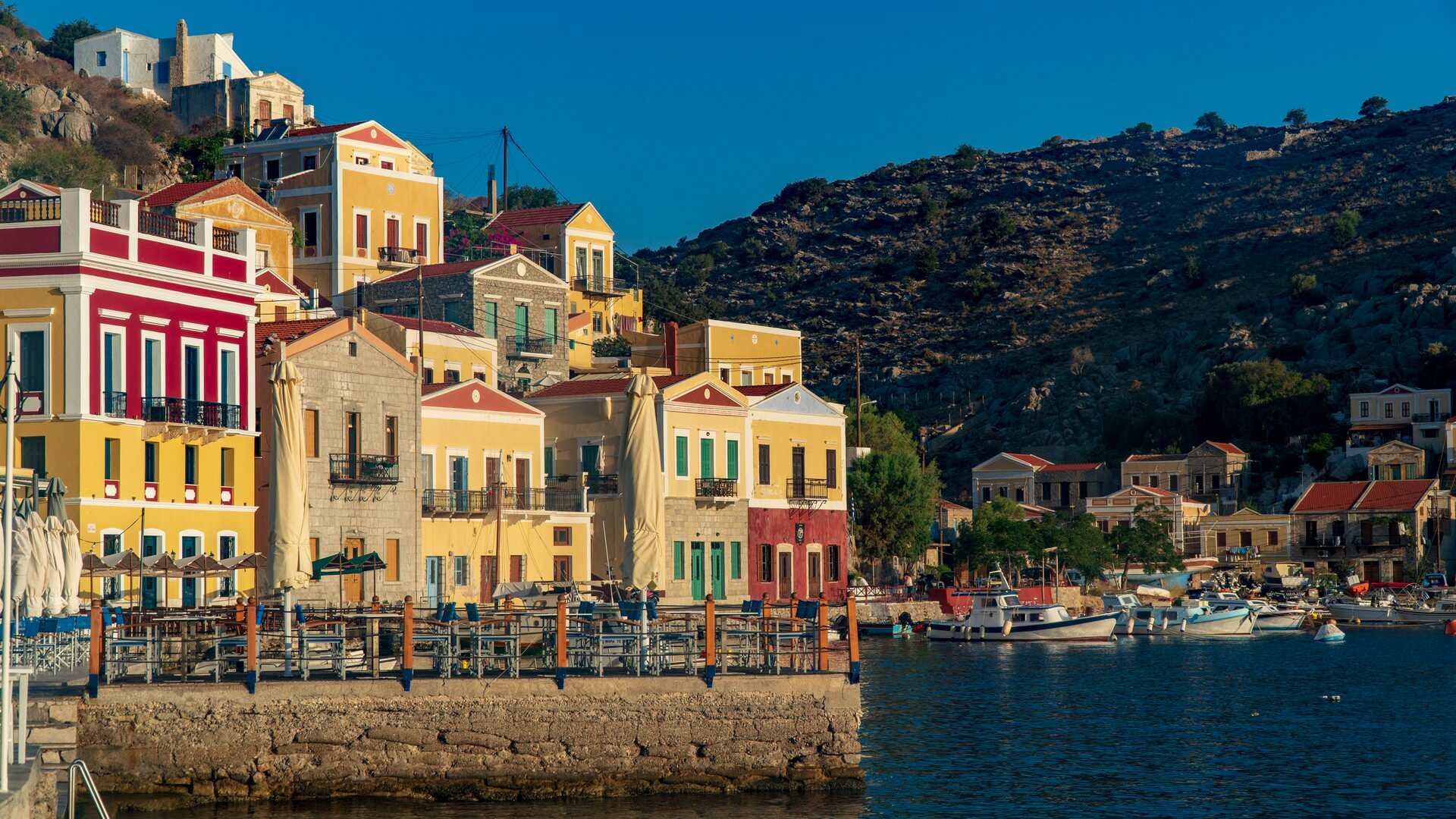 Legend has it that the name comes from the nymph Syme who married Poseidon and gave birth to Chithonios the leader of its first inhabitants of this city. Another legend says that it was created by god Glaukos and named him after his beloved princess. It is mentioned in Homer’s “Iliad”. It was first part of the Roman Empire and then the Byzantine Empire, until its conquest by the Knights of St. While it was occupied by the Knights of St. John the son of Mattathias began to develop trade sponges, which today testify only foam souvenirs, because in the waters around the island don’t have that much sponge, not like in the old days. The island was conquered from the Turks for a long time, then the Italians, Symi was finally rejoined with Greece in 1948. All these nations and rulers have left him a legacy, which is recognized in architecture and spirit. Guided tours of the historic place begin at main town which is called as the island.  Its main town, consists of the lower town around the harbor, typically referred to as Yialos, and the upper town is called Horio – separated by 375 steps, known as Kalistrate. 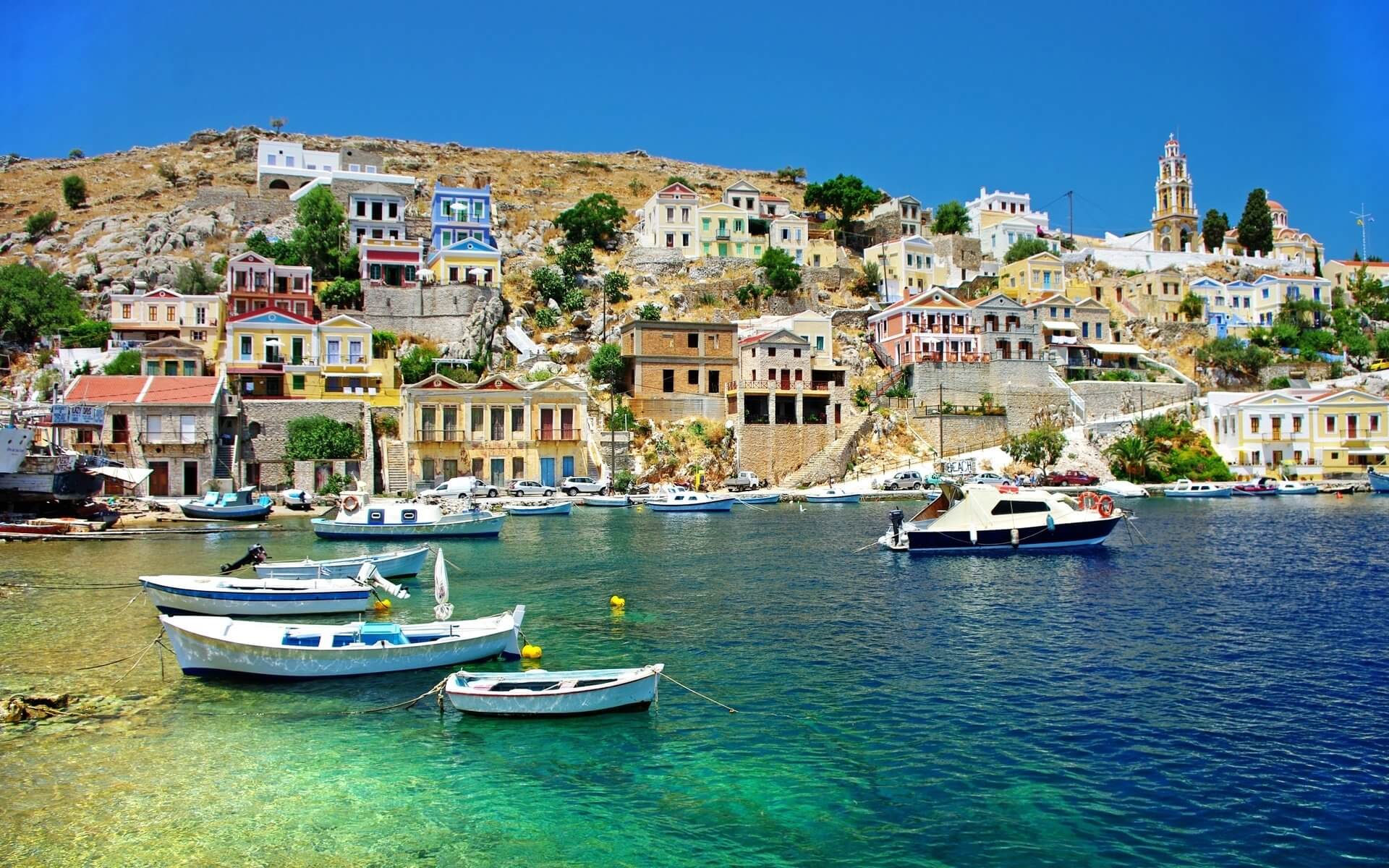 When you sail into a harbor and see sailboats and luxury yachts, you may be forgiven for assuming that sailing to this place is for the rich and wealthy, but here there are restaurants and shops where the prices do not differ from other tourist sites. At the top of the castle are located pastel-colored houses, and tourquise colored stairs leading to them. Built by the Knights  of St John in the early 15th century on the remains of the ancient Acropolis are the . A dozen churches grace Chorio; that of the Assumption, inside the fortifications, is a replacement of the one blown to bits when the Germans detonated the munitions cached there. This section contains 13 churches and has a view of the lower city that is worth every sigh on the way to a steep Hori. 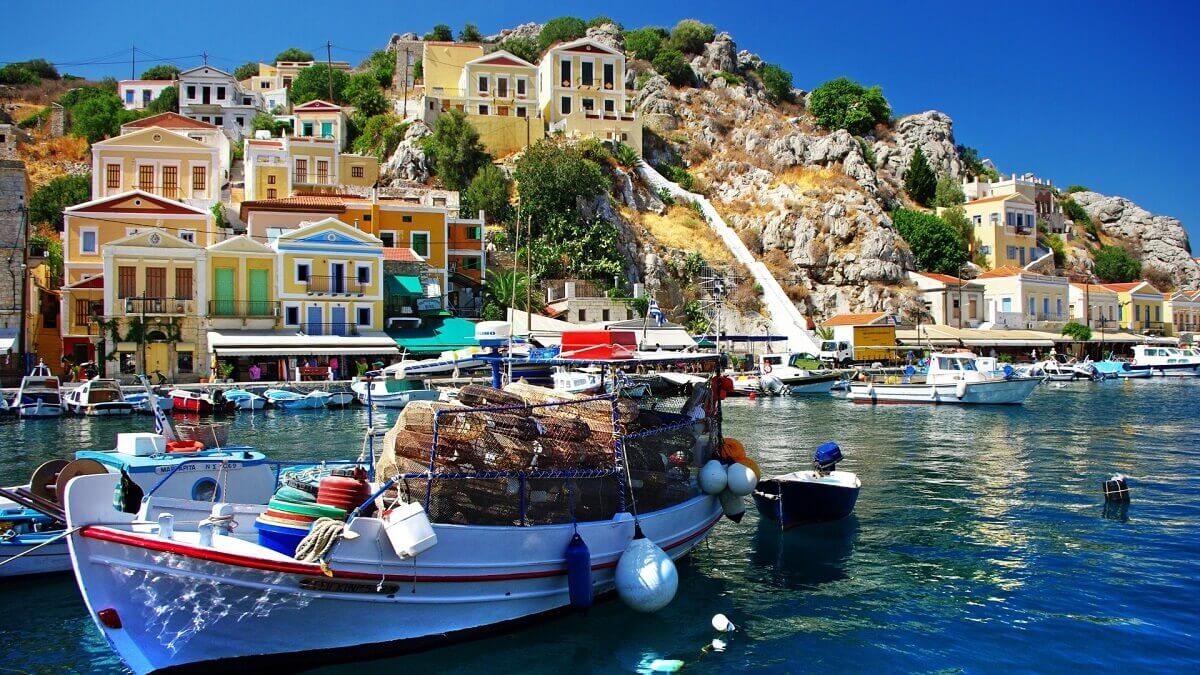 Although this is a summer resort, at first it seems that the beach is not a trump card that would Syme so hilly and stony, could play, because in the city she is plain, gravel, from which the most pleasant cafes are worth. But as soon as you go down a little further, to about 15 minute walk, beautiful little sand and shingle beaches backed by trees behind are Pedi and Agia Marina, and for those  who are more important natural shade go to Agia Nikolaos and Nanu.. Simi is known for its wild, not so accessible beaches that are a paradise for adventurers and romantic souls. They can be reached only by boat. On the island there are a lot of traditional taverns where under the sound of traditional music syrtaki  they serve the tastiest Greek moussaka. And then the flow of time stops.