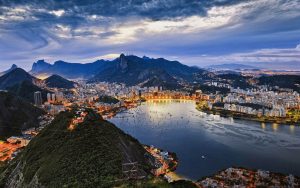 Because of Brazil’s continental dimensions, its diverse geography, history and population, the country’s culture is rich and varied. It has several regional variations, and despite being mostly united by one language, some regions are so different that they look like different countries.

Music plays an important role in the Brazilian identity. Styles such as choro, samba and bossa nova are considered authentically Brazilian. Caipira music also has its roots in sertanejo, the national equivalent of country music. MPB is the acronym for Brazilian popular music, which groups several national styles under one term. Forró, a lively dance music style from the northeast, has also spread throughout the country. New urban styles include funk – the name given to a genre of dance music from Rio’s favelas that mixes heavy electronic beats with often raunchy rap – and techno-brega, a popular crowd pleaser in the northern states that fuses romantic pop, dance music and Caribbean rhythms.

A mixture of martial arts, dance, music and games. Capoeira was brought to Brazil by African slaves, mainly from the Portuguese colonies of Angola. It is characterised by spirited and complex movements, accompanied by music, and can be seen and practised in many Brazilian cities.

In classical music, the modern period is particularly notable for the works of composers such as Heitor Villa-Lobos and Camargo Guarnieri, who created a typically Brazilian school by mixing elements of traditional European classical music with Brazilian rhythms, while other composers such as Cláudio Santoro followed the guidelines of the Second Vienna School. In the Romantic period, the biggest name is Antonio Carlos Gomes, author of some Italian-style operas with typically Brazilian themes, such as Il Guarany and Lo Schiavo. In the Classical period, the most prominent name is José Maurício Nunes Garcia, a priest who wrote sacred and secular music and was greatly influenced by the Viennese Classical style of the 18th and early 19th centuries.

Candomble and Umbanda are religions of African origin that have survived prejudice and persecution and still have many followers in Brazil. Their places of worship are called terreiros and many are open to visitors.

Indigenous traits are everywhere in Brazilian culture, from cuisine to vocabulary. Numerous indigenous groups and tribes still live in all regions of Brazil, although many of them have been heavily influenced by Western culture and several of the country’s surviving indigenous languages are in danger of disappearing completely. The traditional way of life and graphic expressions of the Wajãpi indigenous group in the state of Amapá have been declared a UNESCO Masterpiece of the World Intangible Heritage [www].

Globo, the largest national television channel, also plays an important role in the formation of national identity. Nine out of ten households own a television set, which is the main source of information and entertainment for most Brazilians, followed by radio broadcasts. Television broadcasts sports, films, local and national news, as well as telenovelas (soap operas) – 6-10 month series that have become one of the country’s main cultural exports.